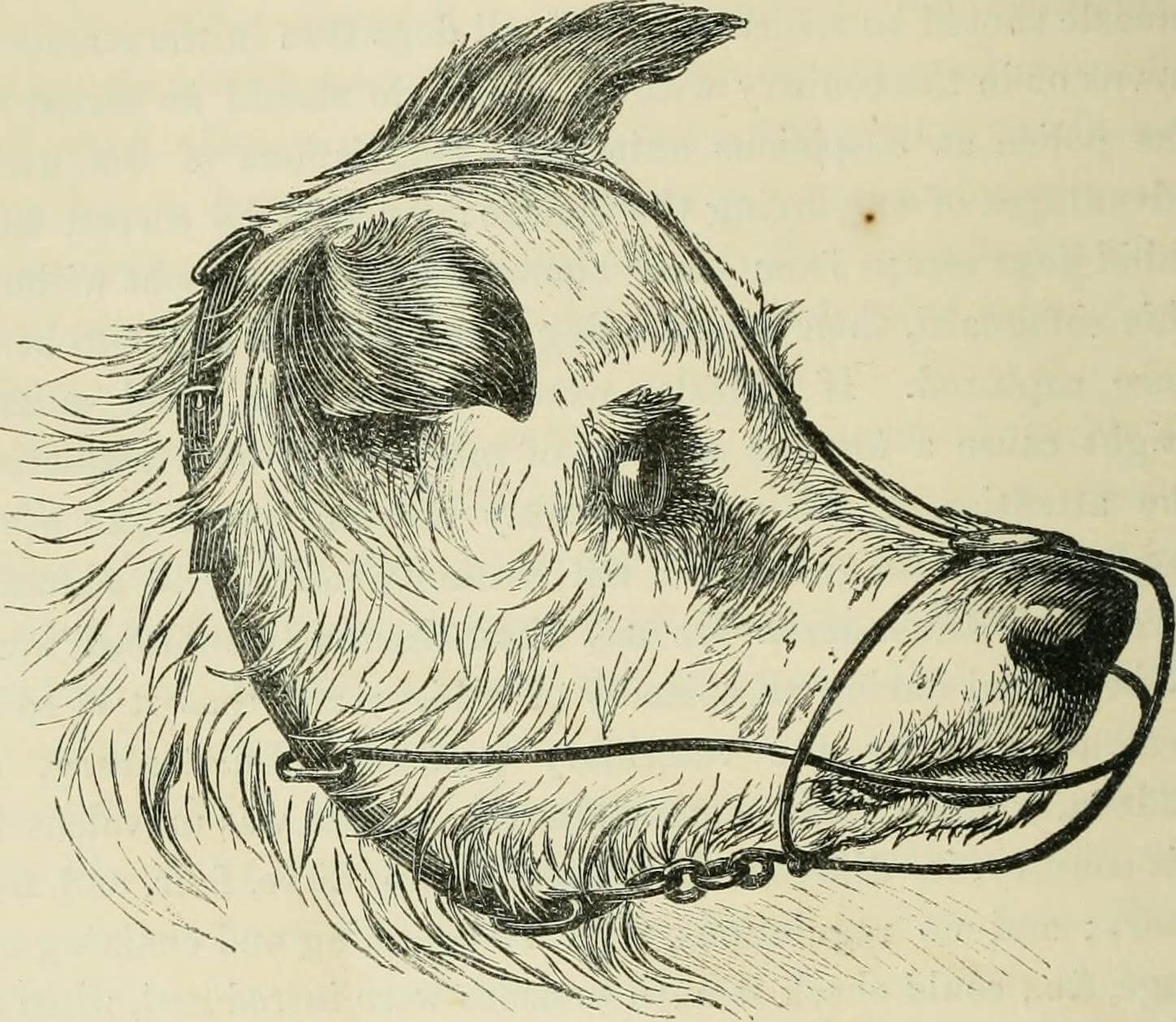 Rabies is a viral disease that remains a concern because of its high contagiousness and, above all, its lethal character. Indeed, once declared, the disease can no longer be treated, neither in humans nor in animals.

Moreover, unlike many diseases in our world, rabies is a zoonosis, that is to say a disease that is transmitted from animals to humans. The best way to avoid rabies and protect your health is to prevent it by vaccinating your pets and avoiding contact with wild animals.

Rabies is a zoonosis, a viral disease that is not transmitted from human to human (except in rare cases during transplants or transplants of contaminated organs), but from animal to animal and from animal to human. Carnivores are more susceptible to rabies virus, but it can infect all warm-blooded animals.

Rabies virus, which attacks the nervous system, usually infects wild animals, which are its natural reservoir. The incubation period of the virus, between the date of infection and the appearance of symptoms, is indeed relatively long, ranging from a few days to a few months, with extremes ranging from 4 days to 7 years.

In fact, there remains a "breeding ground" of infected animals that transmit the virus before dying, which explains the strong propagation of this disease. The contamination of humans occurs in nearly 99% of cases following a bite from domestic dogs, and more particularly from stray dogs.

These dogs act as vectors after having been contaminated by wild animals (wolves, foxes, coyotes, bats, raccoons, etc.). The contamination of humans remains accidental, as they cannot transmit the virus in turn, and therefore represents a dead end, i.e. the end of the virus cycle.

The rabies virus continues to spread beyond our borders, particularly in Asia and Africa, where 90% of human rabies cases are reported. Approximately 59,000 people die of rabies each year, including a significant percentage of children (30% to 50% of cases) who are less wary and more likely to come into contact with infected animals. According to the WHO, 14 million humans have been in contact with a potential rabies-carrying animal and have had to receive a post-exposure vaccine (PEP).

What causes this disease?

Rabies is caused by a virus, specifically a rhabovirus, which is transmitted from animal to animal and infects humans accidentally. The virus infects vertebrates, mainly mammals, although it can also affect birds.

Transmission is mainly by bite during the end of life of the infected animal, when the virus is in its saliva. More anecdotally, it can also occur by scratching, licking wounds or mucous membranes and aerosols (sneezing or breathing).

Bats have a special role in the transmission of rabies - and many other viruses, including Ebola - which seems to be increasing. In bats, rabies manifests itself in cycles of chronic infection, during which they secrete the virus via their saliva and droppings.

What are the symptoms of rabies in dogs?

Furious rabies
Accounting for approximately 70% of rabies cases in dogs, the furious form is characterized by gradual symptoms that follow one another over a period of 2 to 7 days. When the first symptoms appear, the dog will be downcast - even "sad" - and will isolate himself, seem worried, a little absent, seek peace and quiet, and may be apathetic. He will tend to growl when his owner disturbs him, but will not be overly aggressive.

Rapidly, the disorders evolve and the animal becomes nervous: it becomes agitated for no reason, eats more, is very affectionate and seems increasingly worried and agitated. The nervous disorders are then triggered: the dog hallucinates, stops without reason, swallows with difficulty, shows signs of sexual excitement and changes its voice (its cries become hoarser). Dangerous symptoms quickly appear and the dog becomes susceptible to infecting humans.

It bites everything it meets, tears up furniture, swallows rocks and attacks people and animals that cross its path. He then tries to run away, sometimes traveling dozens of kilometers while trying to bite everything he meets. If its master tries to lock it up, the animal will bite everything around it to escape until it breaks its teeth. This causes paralysis, which first affects the dog's hindquarters or jaw and eventually leads to asphyxiation and death.

Paralytic rabies
In the remaining 30% of cases, a different form of rabies occurs as a result of an infection affecting the spinal cord and bulb of the dog. Various paralyses occur, affecting different parts of the body for each individual. This form of rabies is also called "dumb rabies", because paralysis of the larynx frequently occurs, preventing the animal from barking, but also from drinking and feeding.

Contamination to humans is then rarer, because the animal remains calm: it remains motionless, absent and ends up dying of asphyxiation. We often hear about a symptom, which I have not mentioned here, as emblematic of rabies: the fear of water. In reality, the hydrophobic spasm is typical of human rabies, whereas a dog will seek to drink by all means.

What are the symptoms of rabies in humans?

As with dogs, symptoms of rabies do not develop in humans until after an incubation period of several weeks to several months. This period is shorter if there are many outbreaks of the disease, such as in the case of multiple bites. There are three forms of rabies in humans: spastic, furious or paralytic. Spastic or hydrophobic rabies is the most common form of rabies in humans.

It is characterized by sudden and uncontrollable movements, swallowing disorders, breathing difficulties and spasms accentuated or provoked by external stimuli (noise, light, etc.). Fear of water, or hydrophobic spasm, is typical of human rabies and is characterized by a painful laryngeal-pharyngeal and diaphragmatic contraction accompanied by a violent throwing back of the head and hyperextension of the trunk.

This symptom occurs when the patient sees or hears the sound of water: he or she then dares not drink despite intense thirst. This is followed by high fever, hallucinations, dehydration, and then death by asphyxia or collapse (coma). The furious and paralytic forms present symptoms relatively similar to those observed in the dog. 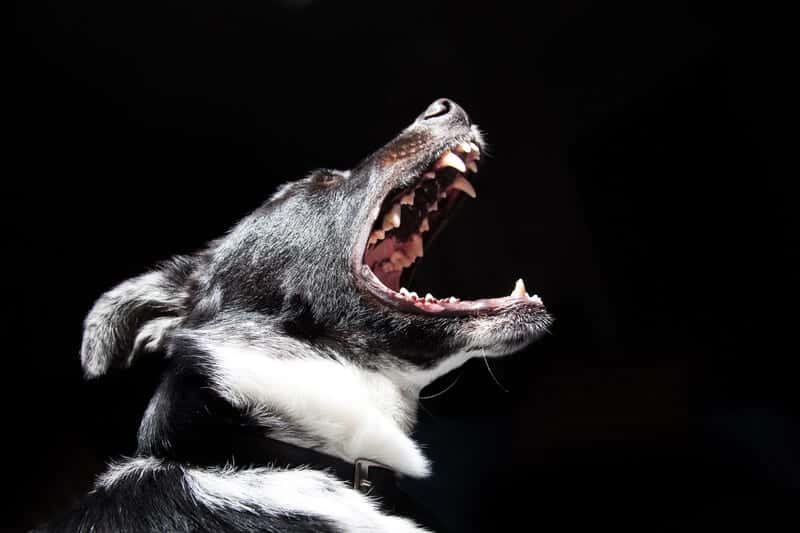 The consequences of rabies

In animals, rabies results in death in all cases: there is no treatment and animals carrying rabies must be reported and slaughtered.

Death is also inevitable in humans, unless the infected person receives a post-exposure vaccine promptly after being exposed to a risk of contamination.

In this case, the prognosis is good and the infected person usually recovers without any sequelae.

What should I do if I am bitten by a dog with rabies?

If you are bitten by a rabid dog or exposed to the virus through handling potentially infected animals, the first step is to provide local care, which is extremely important. Wash the wound with plenty of water and soap or, if that is all you have available, detergent (laundry or dishwashing liquid).

Once this is done, apply a large amount of disinfectant, 60° alcohol or more, or diluted bleach. Do not cover or suture the wound, unless there is a lot of bleeding that is life-threatening.

Then go to a doctor or hospital as soon as possible, where general care to prevent infection (especially against tetanus) will be given. Specific care will then be given if the situation requires it, including post-exposure prophylaxis.

This step consists of an intramuscular injection of rabies vaccine and possibly rabies immunoglobulin.

When this care is provided in time, i.e. before the first symptoms appear - which can occur in just a few days, or after several months - the prognosis is good.

What can you do to avoid getting rabies?
Avoid approaching wild animals, especially since rabid animals may no longer fear humans. Abroad, be especially wary of street dogs, which are responsible for nearly 99% of human rabies cases. If you think you are going to be exposed to rabies (travel to affected countries), ask your doctor about a preventive vaccine that can be given to you.

How can I protect my dog from rabies?
The best way to protect your dog is to vaccinate him against rabies, especially if he is in regular contact with wild animals (hunting dogs) or travels to countries where rabies is rampant.

Is rabies fatal for dogs and humans?

Rabies remains a frightening disease, even though it has been eradicated in many countries. The violence of its symptoms and its fatal outcome have a lot to do with the fear it inspires, but fortunately it is possible to protect oneself by giving a preventive vaccine to one's dog and remaining vigilant towards wild animals and stray dogs when traveling abroad.