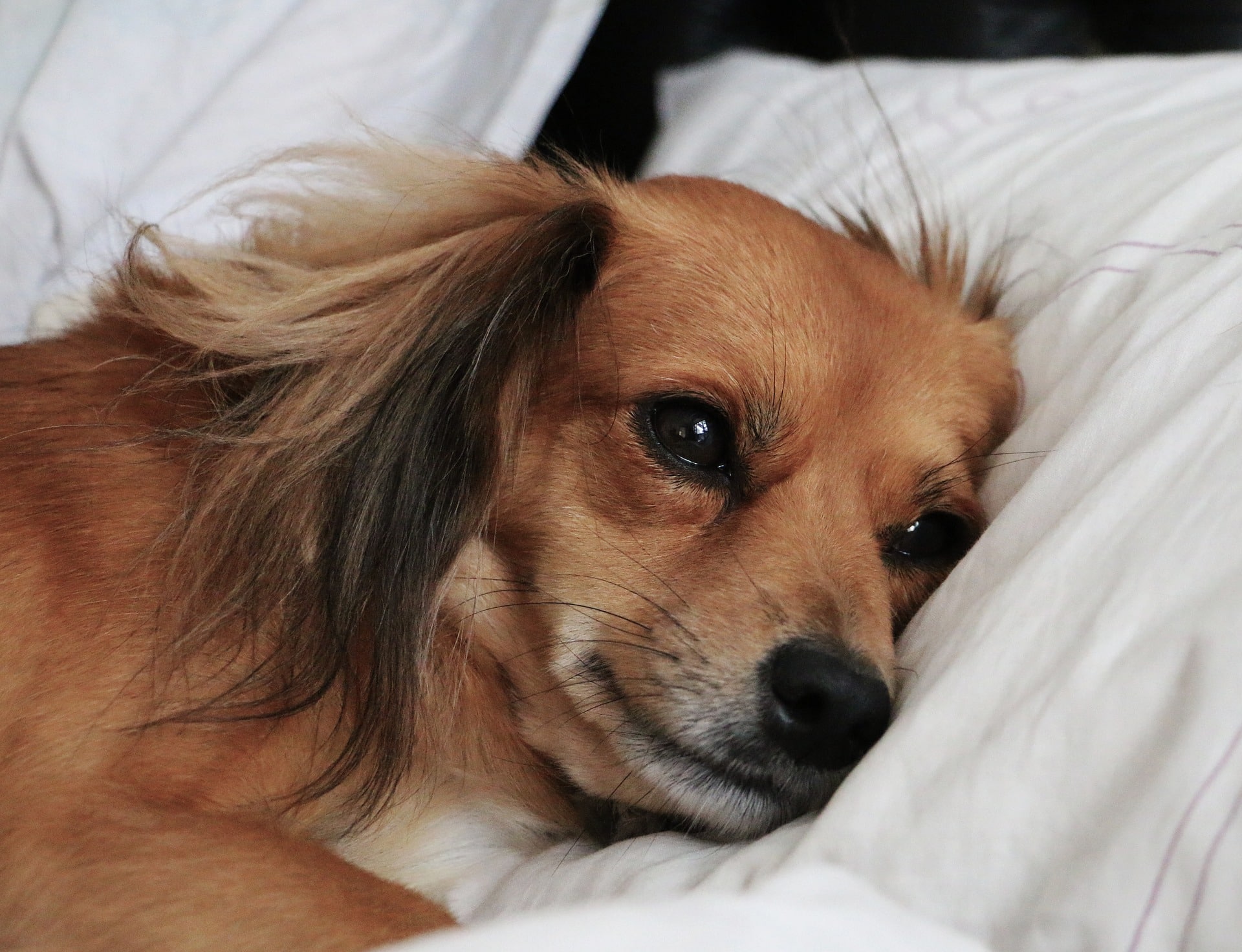 Malignant histiocytosis in dogs should not be confused with histiocytoma, a relatively common benign skin mass in our four-legged friends.

Rarer, malignant histiocytosis is also more serious, and unfortunately often fatal. In order to give your dog a favorable health prognosis, it is therefore essential to know how to recognize it quickly in order to treat it as soon as possible. In today's article, we will look at the symptoms of malignant histiocytosis in dogs, its main causes and the possible treatments to deal with it.

What is canine malignant histiocytosis?

Malignant histiocytosis of dogs, also called histiocytic sarcoma, is a rare but serious cancer of the histiocytes. It is an uncommon disease in dogs, preferentially affecting animals between 4 and 10 years of age, with an average age of onset between 6 and 7 years.

All breeds of dogs can be affected by malignant histiocytosis, but some breeds have a more or less pronounced predisposition. The Bernese Mountain Dog and, to a lesser extent, the Rottweiler and Retrievers (especially the Flat Coated) are the most frequently affected breeds.

The Bernese Mountain Dog is in a special situation, as it has a risk of developing malignant histiocytosis that is approximately 225 times higher than other breeds. Histiocytes, or spongiocytes, are macrophages (white blood cells) of the connective tissue, i.e. the tissue surrounding the different organs of the body. Because of this location, they are the body's first barrier against pathogens.

Produced by the spinal cord, histiocytes travel through the blood to their connective tissue destination, where they either phagocytose (ingest pathogens), becoming mature macrophages, or become epithelioid cells responsible for degrading foreign bodies. By nature, the histiocyte is able to move throughout the body and is widely distributed in all organs, a characteristic that makes malignant histiocytosis particularly formidable by giving it a high metastatic potential.

Causes of malignant histiocytosis in dogs

As is the case with many cancerous diseases, both in humans and in dogs, the causes of malignant histiocytosis remain a great mystery to this day. The involvement of a genetic mutation, inducing a hereditary transmission, has been demonstrated, in particular in the Bernese Mountain dog which is highly predisposed to this disease.

However, the mutation in question has not yet been formally identified, although chromosome 11 is strongly suspected to be involved. At this time, it is impossible to determine whether these genetic mutations are the only factors involved in canine histiocytosis, or whether there are other, potentially environmental, predisposing factors.

Although the causes of canine malignant histiocytosis are still unclear, it is currently accepted that there is a high heritability of genetic predisposition to the disease. Please note that we are talking about predispositions here, which means that a dog that has inherited genes potentially involved in the occurrence of histiocytic sarcoma will not systematically become ill.

However, this knowledge highlights the role of breeders in the eradication of the disease, in particular by systematically eliminating from reproduction dogs from lines that have had sick animals. Consequently, everyone can participate in the fight against malignant histiocytosis of dogs by carefully choosing their puppy: sellers who do not offer visibility on the pedigree of their animals must be avoided at all costs, especially pet shops, which are fully part of the problem.

Symptoms of malignant histiocytosis in dogs

It is particularly difficult to detect the early symptoms of malignant histiocytosis in dogs, as it is a disease that often progresses quite silently in its early stages. Cancerous tumors grow in various organs with very general symptoms, which rarely suggest cancer in the first place.

An alteration of the dog's general condition is frequently observed, but requires special attention to the animal on a daily basis to be detected. Anorexia, depression and weight loss are typical of cancerous diseases, and malignant histiocytosis is no exception. About half of the dogs also have a fever.

Because the skin is rarely involved, it is often impossible to see the tumor with the naked eye or to feel it. However, the dog may show symptoms typical of organs colonized by cancer cells. When the liver is affected, the dog may become jaundiced. Involvement of the lungs may result in breathing difficulties, and tumors of the spleen may result in anemia, pale mucous membranes, or exacerbated fatigue.

Finally, lameness that may indicate joint damage, nervous disorders, pleural and abdominal effusions (ascites), and insufficiencies that indicate kidney or liver damage should not be dismissed. 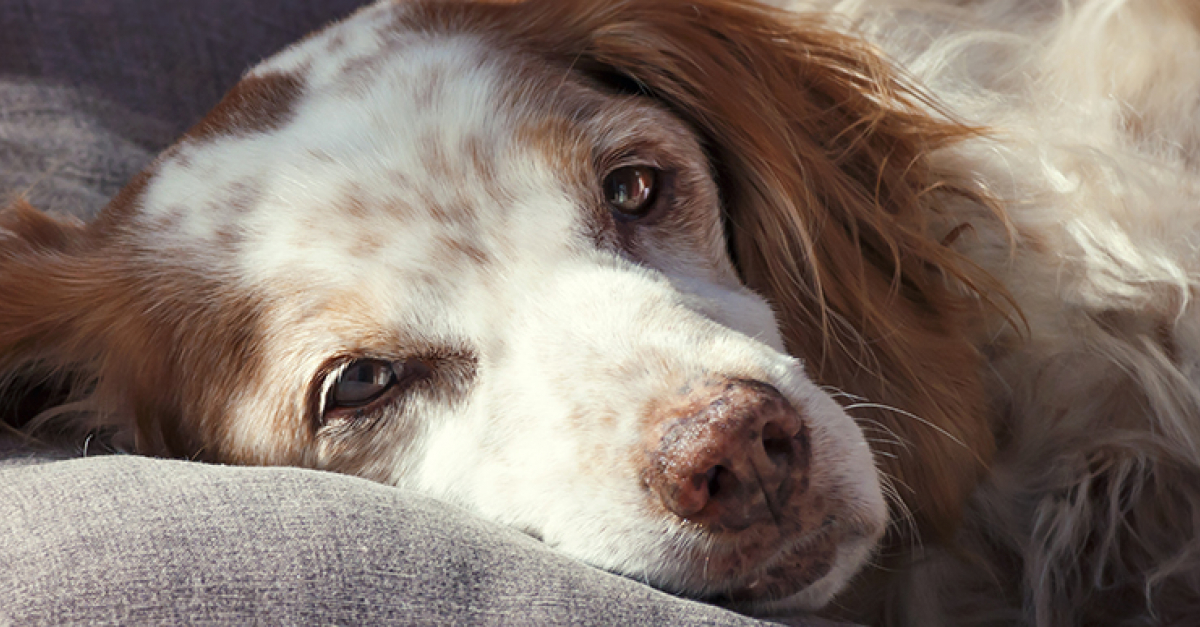 At present, there is no satisfactory treatment for malignant histiocytosis in dogs, except in the case of a localized form that is diagnosed very early. In this case, the tumor is usually removed by surgery, and treatment may be supplemented by chemotherapy and/or radiation therapy.

When malignant histiocytosis is disseminated, chemotherapy and surgery usually do not offer any improvement. Palliative treatment is still essential to increase the animal's comfort and extend its life as much as possible in good conditions.

Prednisolone (anti-inflammatory) and Melphalan (anti-tumor) have - rarely - been shown to be effective in decreasing tumor volume, thereby reducing the dog's pain and relieving symptoms. In fact, the prognosis of malignant histiocytosis is very poor, with a life expectancy of about one month after diagnosis.

Euthanasia is common, at the request of owners who cannot bear to see their dog's health deteriorate. However, it is important to note that the poor prognosis of malignant histiocytosis in dogs is partly due to the late onset of symptoms that lead the owner to seek veterinary care.

However, as soon as the first symptoms appear, the dog's situation is already critical and its condition deteriorates very quickly. This is evidenced by the different prognosis of histiocytic sarcomas located in the dog's skin.

The latter, visible to the naked eye and palpable, are often detected and managed much earlier, which offers a prognosis that is always delicate, but much less pessimistic than the disseminated forms diagnosed late. Indeed, there are several cases of dogs with localized histiocytic sarcomas surgically removed and/or treated with radiation at an early stage that have been cured without recurrence.

How do I know if my dog has malignant histiocytosis?
It can be very difficult to detect malignant histiocytosis in your dog. To hopefully diagnose this serious disease in time, you should pay close attention to your dog's daily behavior. The slightest change in his habits (fatigue, weight loss, lack of energy, etc.) should lead you to a veterinarian for a check-up. Some localized malignant histiocytoses also form small palpable and/or visible masses on or under the dog's skin: remember to examine your four-legged friend frequently, and to consult a veterinarian quickly in case of abnormality.

Although malignant histiocytosis of dogs is a particularly serious disease, it is important not to give up when the diagnosis is made in order to offer the best prognosis to your best furry friend. The localized form of this disease can sometimes lead to a complete cure when treated early, although this is still very rare.

However, there is hope that the survival rate of dogs with malignant histiocytosis can be increased in the future through earlier and earlier diagnosis and regular check-ups, especially in the highly susceptible Bernese Mountain Dog.