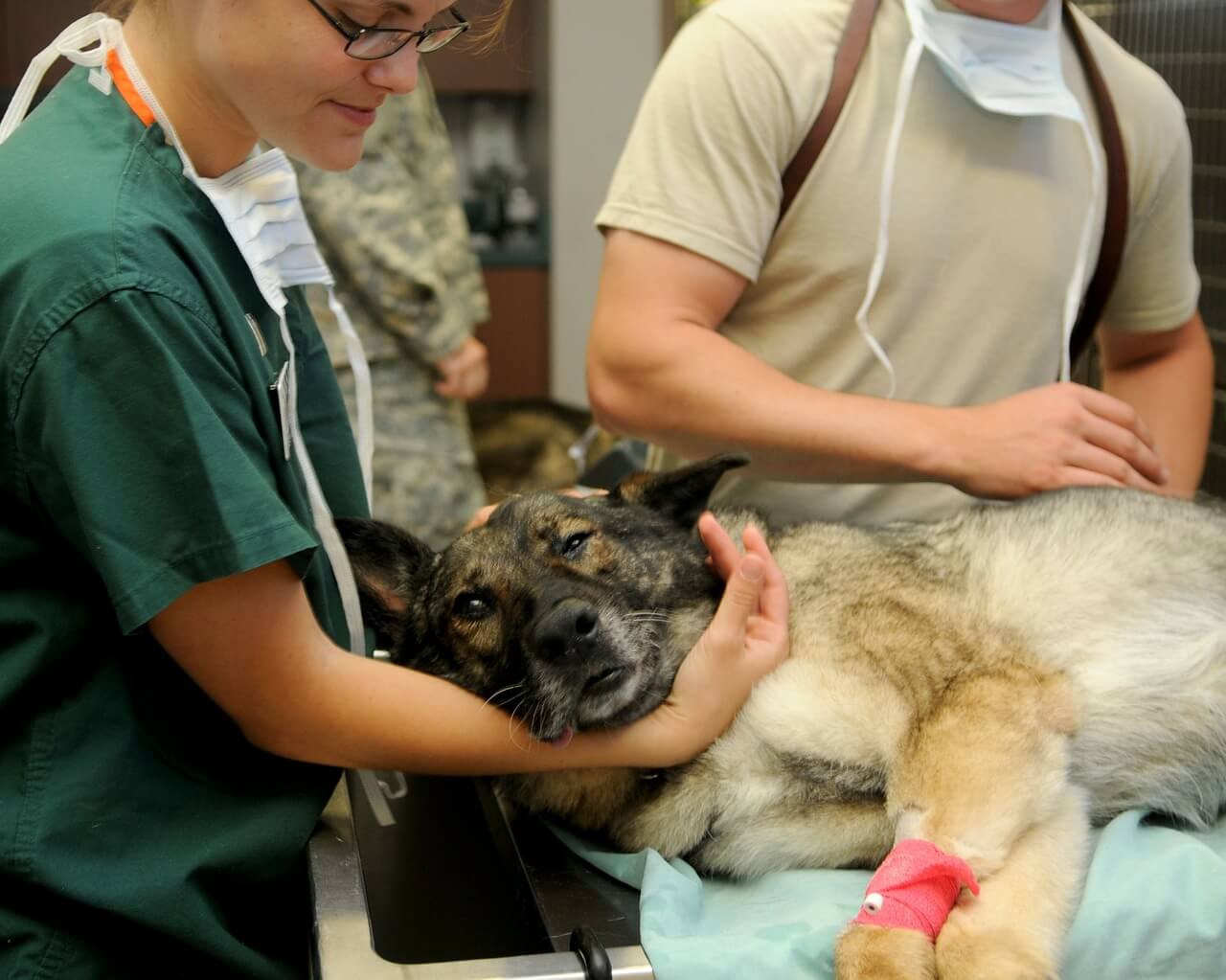 Spaying or neutering is a common procedure for dogs, and many dogs go through this procedure in their lifetime. Nevertheless, this operation can be a source of anxiety for owners concerned about the well-being of their four-legged companions!

What are the advantages of sterilization? What are the potential drawbacks? What are the existing alternatives? This article answers all of these questions to give you the answers you need to make an informed decision!

What is dog sterilization?

Spaying or neutering is a surgical or medical treatment to suppress the reproductive functions of the animal.

There are several ways to have your dog spayed, either permanently or temporarily. Permanent sterilization is done through a surgical procedure, which is more difficult for the animal, but much less risky for her health in the long term.

The second is the removal of the female dog's ovaries and uterus in the same operation. This second alternative is generally preferred in case of health problems related to the reproductive system of the animal, especially when the female dog suffers from metritis or pyometra (serious infection of the uterus).

Irreversible and of unparalleled effectiveness, surgical sterilization also has the advantage of being more economical in the long term. The cost of the operation may indeed require a certain investment, but is a one-time expense.

On the other hand, temporary sterilization methods, which need to be renewed regularly, end up costing much more. Another type of sterilization procedure involves tying off the animal's fallopian tubes to prevent the passage of eggs into the uterus.

Ligation of the fallopian tubes allows the ovaries to continue to function normally, that is, to secrete sex hormones. However, this is not a very common procedure and is not recommended: the female dog will continue to go into heat (an often problematic behavior) and will be more prone to develop uterine disorders.

Beware of "rumors": some owners mistakenly assume that fallopian tube ligation is a reversible sterilization operation. This is not the case, and although it is - very rarely - possible to reverse the procedure in humans, it is not possible in female doges.

Chemical sterilization
Just like humans, dogs can benefit from medicated contraception using tablets containing synthetic hormones. Owners wishing to make their dogs temporarily sterile can administer these treatments (on veterinary prescription) in order to stop their ovulation or to prevent the nidation of the embryo in their uterus.

However, chemical contraception has very harmful effects on the female dog's health in the long term, and it is highly inadvisable to use this method for more than a few months in your pet's life.

Just like the female dog, the dog can benefit from different procedures to put an end to its reproductive functions. For both males and females, it is possible to opt for either temporary or permanent sterilization.

Surgical castration
Surgical castration in dogs consists of the removal of the animal's testicles. This operation puts an end to the production of sex hormones and spermatozoa, the dog loses its reproductive behavior and its ability to fertilize the female. This irreversible solution has the advantage of reducing the risk of prostate cancer in the animal and avoiding runaways and certain aggressive behaviors.

It is also possible to sterilize a male dog by performing a vasectomy, an operation that consists in cutting the duct that allows the release of sperm during coitus. Like tubal ligation in the female dog, vasectomy does not stop the secretion of sex hormones in the dog and therefore does not modify his reproductive behavior.

This operation is, moreover, relatively little practiced in dogs, nor is it recommended by canine health professionals. Once again, rumors are circulating about this operation: no, vasectomy in dogs is not reversible! It is therefore useless to consider it as a temporary alternative to permanent castration.

Chemical castration
Medicated castration in dogs involves the injection of synthetic hormones, usually through a fully absorbable implant placed under the animal's skin or through an injection. The substances released into the animal's body temporarily block its reproductive abilities. The duration of effectiveness of this type of treatment is 6 to 12 months, depending on the method used.

Once the synthetic hormones have been eliminated from your pet's body, your pet is once again able to reproduce. This solution is generally used as a temporary solution, for example to calm down aggressive or runaway behavior. It is not as effective as permanent surgical castration and is more expensive in the long term.

Why have my dog spayed or neutered?

The first objective sought by owners wishing to have their dog sterilized is to avoid unwanted pregnancies and puppies. In males, it is an operation performed primarily to remedy aggressive behavior and/or recurrent runaways.

Running away is an almost inevitable problem for the unneutered dog, who can detect a female in heat from miles away! Beyond these "practical" aspects sought by owners, sterilization also has the advantage of protecting your four-legged friend from diseases related to the production of sex hormones.

In fact, it is an effective solution to fight against the appearance of mammary tumors and ovarian cysts in bitches, and testicular and prostate cancer in dogs. Unspayed bitches usually come into heat twice a year, or more depending on the specimen.

When they are not impregnated during these periods, they are susceptible to the development of nervous pregnancies, a condition that is harmful to both their health and their balance. Spaying and neutering also reduces the risk of developing type 2 diabetes, a condition that can be promoted by certain hormonal imbalances that occur when the animal continuously secretes hormones.

In general, sterilized animals have fewer health problems and even live longer than their "whole" counterparts. 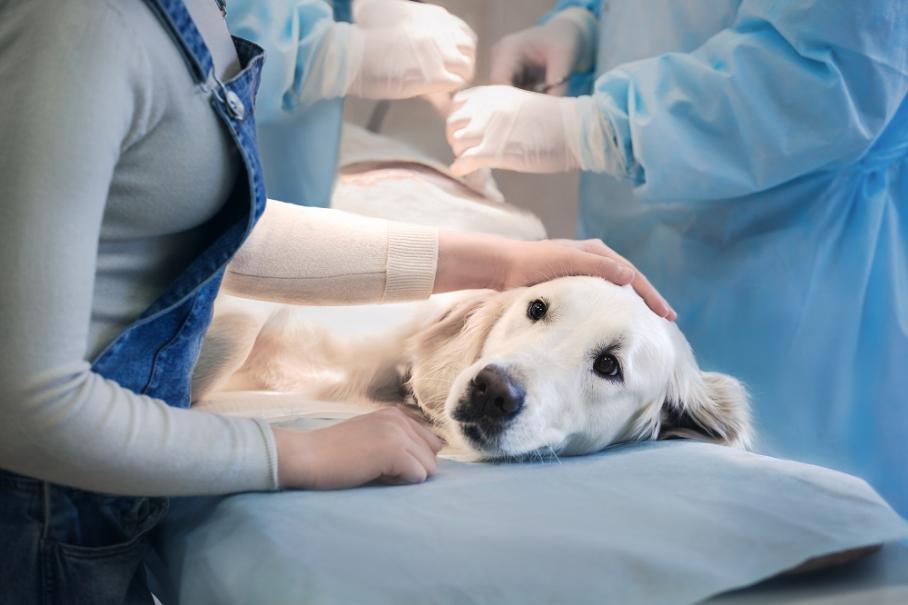 While surgical sterilization has many benefits, it also has its drawbacks that need to be taken into account in order to properly assess the value of such an operation. Sterilized dogs and bitches are more prone to being overweight: this is the most common side effect of this operation.

It is therefore important to ensure that your pet maintains regular physical activity and, if necessary, to modify its diet to prevent weight gain. Some animals may also suffer from urinary incontinence after their surgery, a condition that occurs on average within three years of surgery.

This condition, fortunately quite rare (8% to 12% of sterilized animals), is more frequent in bitches than in dogs. The good news is that this problem is also best treated in the female dog with the administration of synthetic hormones!

How is the sterilization of a dog performed?

The surgical sterilization of a dog takes place at the veterinarian's office, under general anesthesia. The animal then remains under surveillance for a few hours, until it has fully recovered from the operation.

He can usually go home that evening, but must remain under the supervision of his owner until the effects of the anesthesia have completely worn off. During the days following the operation, the owner must be careful to avoid any exercise that would jeopardize the healing and the stitches.

About ten days later, the animal returns to the veterinarian to remove the stitches and check that everything is fine! Sterilization is a benign operation, widely practiced by veterinarians and presents few risks.

However, in order for everything to go as smoothly as possible, you must prepare your dog by following the advice given by the veterinarian. Your dog should not eat for more than 10 hours before the operation and, if possible, should be in the best physical health.

Sick animals may have more difficulty with the operation and recovering from the anesthesia. However, it is sometimes necessary to operate on a sick bitch when the pathology that afflicts her is related to her reproductive system.

Spaying is a common treatment for metritis or pyometra.

At what age should my dog be sterilized?

Usually, dogs are spayed or neutered when they reach puberty, which is between 4 and 7 months of age. Dogs that are sterilized too early can have growth and development problems.

Operated too late, the animal will tend to keep its reproductive, runaway or aggressive behavior, if any.

However, it is up to the veterinarian to advise you on the ideal time to operate on your pet, depending on its breed, health and lifestyle. To be well advised, you should choose a behaviorist veterinarian who will be able to take ALL the factors into account!

For some breeds, for example, health professionals recommend a late sterilization (around 8 months) to limit the risks of hip dysplasia.

The question of sterilization in dogs is often debated by owners, both on an ethical and medical level.

However, it is one of the best ways to keep your faithful companion healthy and to curb the problem of dog overpopulation, which unfortunately goes hand in hand with the phenomenon of animal abandonment.

It is of course up to each owner to make an informed decision, and I hope that this article will have given you some useful information on the subject. 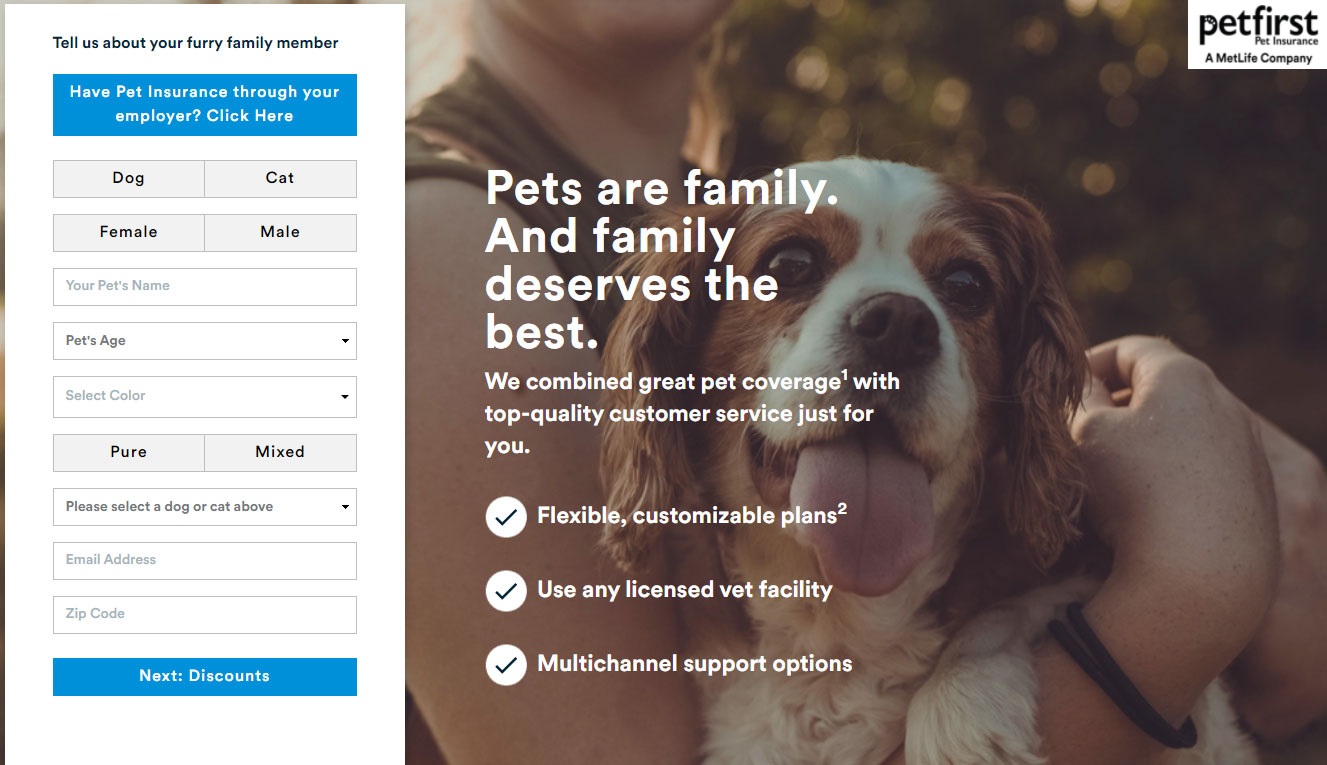