Why does my dog shake when he sleeps 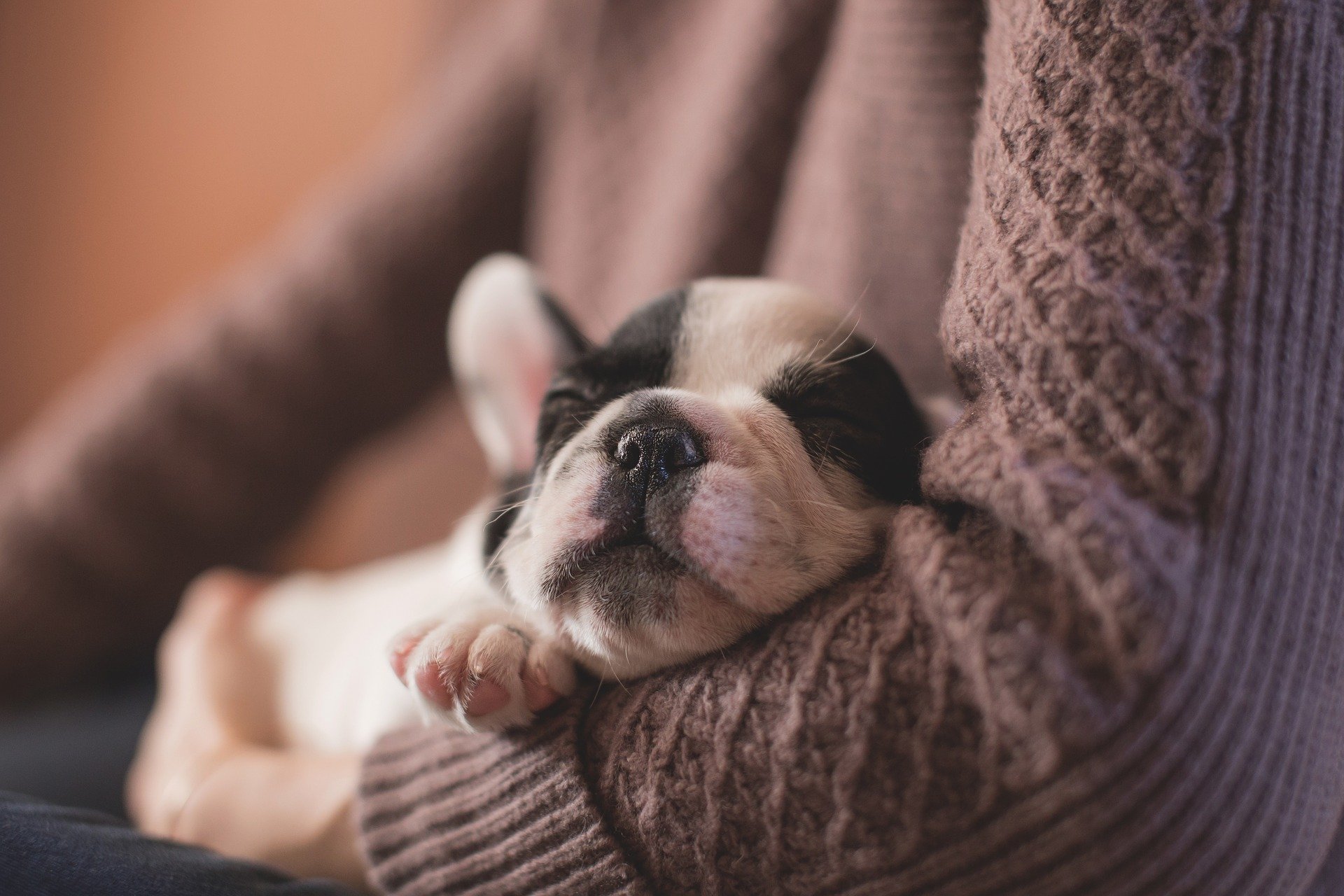 Why does my dog shake when he sleeps

Seeing your dog shake in his sleep can naturally make owners wonder if their little friend is just dreaming or if he has some kind of health problem.

It is now known that dogs dream during REM sleep and, more specifically, that they relive the activities of their day in their dreams. In most cases, a sleeping dog movements are the result of dreams in which your little friend imagines playing, running or hunting.

However, the dog's tremors can also be an indication of underlying pathologies, usually neurological in origin.

Tremors are symptoms that manifest themselves through involuntary contractions of the dog's body muscles. Generally, tremors are of low amplitude and should not be confused with convulsions, which are much more brutal and impressive spasms.

In fact, epileptic seizures, for example, do not cause tremors, but true violent and typical convulsive episodes. Tremors in dogs can be classified into different categories according to their duration and mode of onset.

Postural tremor occurs only in certain positions, and usually appears after the dog has been in that position for some time. The action tremor is associated with a voluntary and well determined movement or behavior of the animal (sitting, eating, impatience...).

The resting tremor is triggered when the dog is resting, and the persistent tremor is present all the time. Finally, there are different types of tremors depending on the movements generated by these uncontrollable contractions.

Myoclonus is a rhythmic and involuntary contraction of a part of the animal's body, and myotonia is a voluntary contraction followed by a slow and difficult relaxation. Fasciculation consists of rapid, short, uncontrollable twitches of a resting muscle, and tetany involves strong intermittent muscle contractions, often in the limbs.

Myokymia is a persistent tremor of the whole body or a group of muscles that manifests itself as ripples in the dog's skin muscle. If your dog only shakes during sleep, persistent shaking, action shaking and postural shaking are most likely to be ruled out.

However, only a veterinarian can prove this theory by inspecting your little friend to make sure that he or she does not have any neurological disorder.

Causes of tremors in dog

Tremors in dog can be caused by a wide variety of factors, so it's important to make sure there are no other symptoms to rule out causes. If your dog seems healthy when awake and only shakes while sleeping, it's possible to narrow down the list of possible factors involved.

Natural causes of tremors in sleeping dog
Tremors can be physiological, i.e. caused by the dog's body as a normal response to its state of mind or environment. For example, a dog may tremble in his sleep because he is cold, so it is important to warm him up, especially if he is very young and therefore vulnerable to hypothermia.

Fatigue can also lead to muscle tremors, as well as pain if your dog has been lying down when he is sick or injured. If your dog has had a bad experience recently, he may have nightmares about it and tremble with fear, stress or anxiety.

Conversely, he may tremble with excitement if he has a good dream, or jolt if he relives a physical activity in his dreams. Dreams can also be the cause of sometimes impressive reactions, such as marked jerks that can even wake the animal.

These are called sleep-inducing myoclonus, and they're completely normal and shouldn't worry you. Generally, a dog sleep is restless during the paradoxical phase, which lasts about 30 minutes before deep sleep. 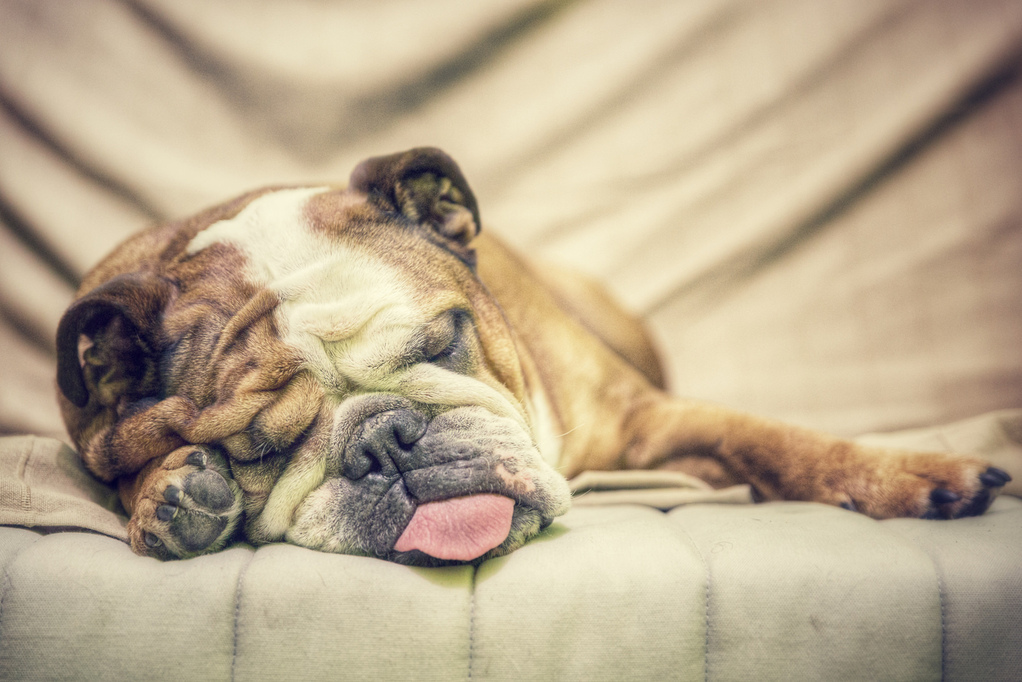 Abnormal shaking in a sleeping dog
If your dog suddenly starts shaking, he may be a victim of poisoning, in which case he may be suffering from neurological damage causing muscle contractions. This option should be considered if your dog has had digestive problems, has recently eaten something you don't know is safe (detergent, laundry detergent, etc.), or is the type of person who will swallow anything behind your back.

Human foods can also cause serious nerve damage, including chocolate and coffee. Your dog may also suffer from viral or bacterial infections that cause uncontrollable shaking.

Distemper can cause varying degrees of tremors in dogs that have contracted and survived it. Tetanus can also leave a legacy in surviving dogs, but in this case, as in distemper, the dog will also show nervous disorders during its waking period.

It's also possible that your dog has a head injury, in which case he'll usually be in bad shape before he goes to sleep and when he wakes up. If your pooch is on medication, especially for anxiety, he may experience tremors as a side effect.

Note that some breeds (Colleys and relatives) may react poorly to certain antiparasitic medications, which can cause tremors and/or convulsions. In terms of metabolic dysfunctions, calcium, potassium and magnesium deficiencies can cause tremors in dogs, as can excess phosphorus.

Hypoglycemia can also be suspected, although it rarely occurs during the dog sleep.

If your dog is perfectly healthy and has been vaccinated against distemper, tetanus and other common dog diseases, chances are that the shaking in his sleep is perfectly normal. However, if your dog is not only shaking, but convulsing, and/or showing other respiratory, digestive or nervous symptoms, he should be taken to a veterinarian as soon as possible to find out what's causing his problems.