What is reverse sneezing in a dog 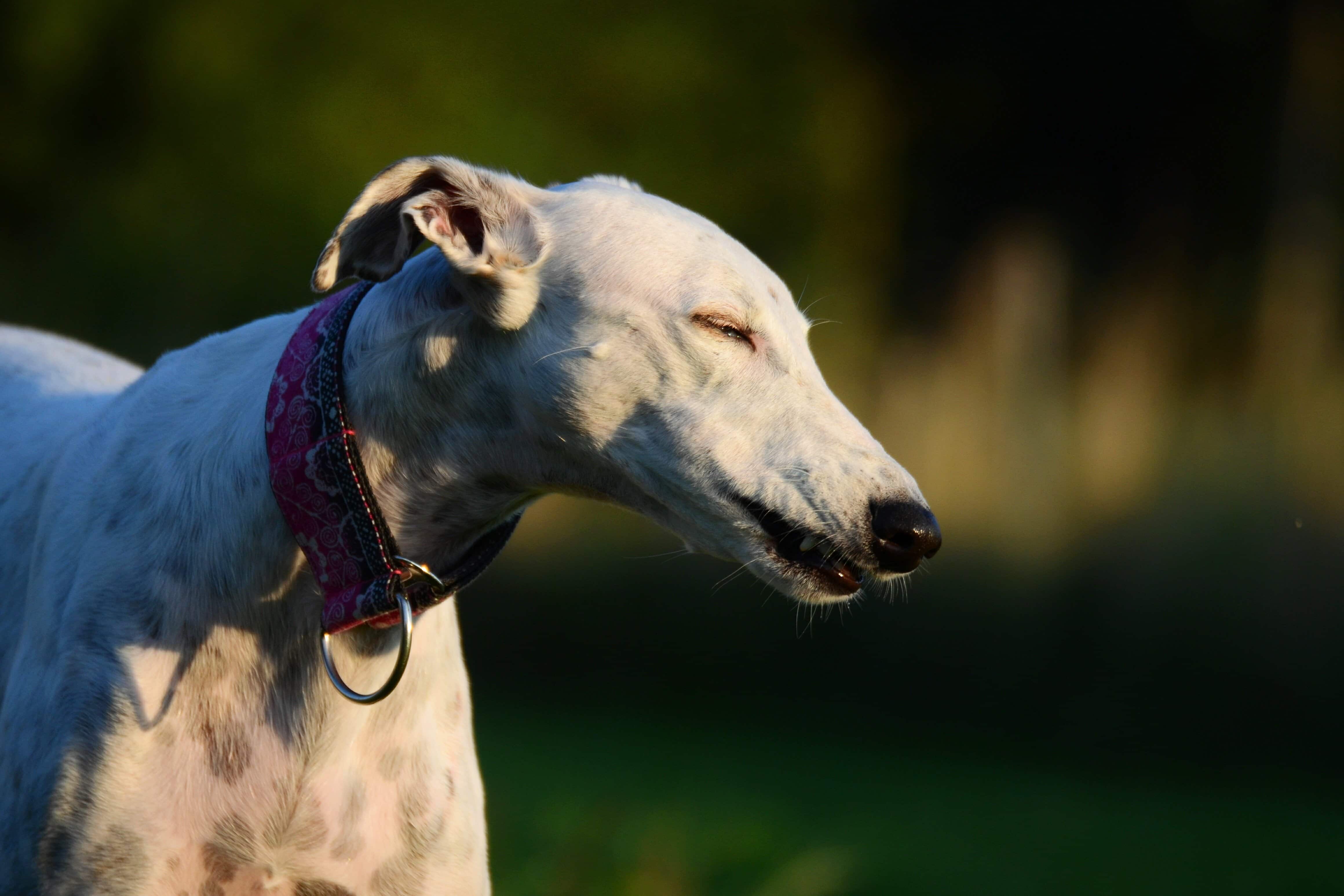 What is reverse sneezing in a dog

Reverse Sneezing in dogs is one of the most surprising pathologies, in the literal sense of the word, since its occurrence tends to startle both the owner and the animal, with everyone wondering what could have happened...

Fortunately, it is not a serious health condition, and although it is not treatable, Reverse Sneezing is generally not serious. However, it is essential to know how to recognize this benign phenomenon in order to be able to distinguish it from more serious problems, such as heart or respiratory problems.

What is Reverse Sneezing in dogs?

Reverse Sneezing is a transient, usually mild, breathing difficulty caused by irritation of the nasopharynx, the cause of which is usually unknown. This syndrome manifests itself by a spectacular crisis during which the dog inhales strongly through the nose, often emitting loud snoring sounds, quite similar to those of a pig.

During the seizure, the dog stretches its neck and remains tense. He repeats these loud breaths several times, typically keeping his mouth closed. Reverse Sneezing seizures are usually fairly spaced out, and do not overwhelm dogs on a daily basis, or even several times a week or month. In between attacks, the dog is perfectly fine.

Reverse Sneezing is a mechanical reflex that occurs in response to a sensation of irritation in the nasopharynx, in order to evacuate any pathogens or foreign bodies that may have lodged there. Thus, it is a phenomenon quite similar to a cough or a sneeze, although the elements causing the irritation at the origin of the crisis are not expelled by the nostrils of the dog, but "sucked" towards the pharynx - hence the term "internument" to evoke this disorder, in opposition to the sneeze.

This reflex seems paradoxical, but in fact it allows the secretions to go down from the nasopharynx (cavity connecting the nose and the pharynx) containing the irritant element to the oropharynx (cavity connecting the mouth and the pharynx). In this way, the secretions migrate from the nasal area to the back of the dog's mouth, where they can then be swallowed, thus removing the irritating pathogen or foreign body.

Symptoms of Reverse Sneezing in dogs

Reverse Sneezing manifests itself in violent seizures that can alarm the owner and the dog. The dog appears to be suffocating, as if the air is no longer getting to its lungs. Typically, the dog is tense, neck forward, ribs often hollowed out and mouth closed. It emits several loud snores, sometimes for a few seconds, sometimes for several minutes.

Reverse Sneezing can be very stressful for a dog, and the dog may remain frightened after the sneezing is over. However, this phenomenon does not leave any after-effects, and the dog should return to normal behavior very quickly: otherwise, you are probably facing a completely different problem.

Reverse Sneezing is also recognized by its frequency and duration: it is usually short, and should not be repeated regularly. 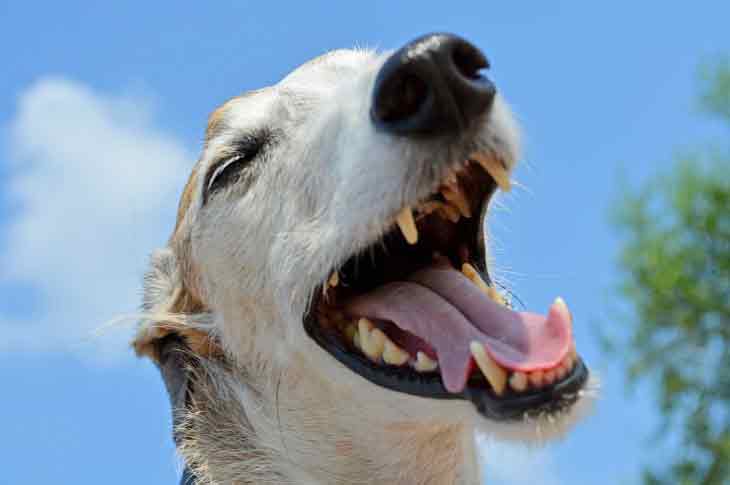 Causes of Reverse Sneezing in dogs

However, in some cases, Reverse Sneezing can be associated with a deviated septum, a malformation of the nasal cavity, allergies or diseases of the nasopharynx. In these cases, additional symptoms may occur outside of the Reverse Sneezing attacks, such as sneezing, coughing, gasping, fatigue, nasal discharge, depression, fever... and any other signs of cardiac and respiratory disorders or general malaise.

Parasites in the respiratory tract can also cause Reverse Sneezing attacks, especially in hunting dogs. Certain mites, Pneumonyssoides caninum, colonize the nasal cavities of dogs. The dreaded Dirofilaria worm can invade the animal's lungs, and several types of nematodes can also infest the respiratory tract.

Chronic inflammation of the larynx and nasal cavity can also cause this phenomenon, especially in short-nosed dogs. Finally, brachycephalic syndrome can cause Reverse Sneezing, as can nasal polyps and tumors of the respiratory system.

Consequences of Reverse Sneezing in dogs

In the vast majority of cases, Reverse Sneezing has no consequences on the health of the dog and does not require any treatment. It is nothing more or less than a kind of sneezing attack, without danger for the animal despite its impressive character.

However, this phenomenon can be extremely stressful for dogs, and it is important to take the time to reassure your pet during and after an attack. In very rare cases, Reverse Sneezing is associated with an underlying disorder, and one often notices additional symptoms (sometimes very discreet) and an abnormal occurrence of seizures (several times a week or a month).

Depending on the disorder, the consequences on the dog's health vary, from mild to severe, even fatal. If you have any doubts, it is important to consult your veterinarian who will make sure that your dog is in perfect health and does not have any heart disease, respiratory disorder, tumor, parasite, bacterial infection or viral infection.

Prognosis and treatment of Reverse Sneezing in dogs

At the time the dog is experiencing Reverse Sneezing, the owner can attempt to stop it by plugging the pet's nostrils for a second or two - no longer! Massaging the pet's throat to induce swallowing can also work, but requires a certain technique to be performed successfully.

In any case, a Reverse Sneezing attack always stops on its own, so there is no need to run to your dog's bedside when he starts sneezing. However, it is important to reassure your dog, who may be distressed by the phenomenon itself and by the sometimes loud breathing noises he makes.

As a general rule, Reverse Sneezing attacks are very occasional and do not require any treatment. The dog's behavior between seizures is quite normal and the prognosis is excellent. However, when the seizures become frequent, it is important to investigate the cause. Treatment, when possible, will then depend on the origin of the problem, as will the prognosis of the animal.

When Reverse Sneezing attacks are caused by a chronic inflammatory disease of the nasal or pharyngeal mucosa, as in the case of lymphoplasmacytic nasopharyngitis, treatment with corticosteroids may be indicated.

My dog is making a pig-like noise, what is it?
Typically, a dog that starts making pig-like noises and has difficulty breathing is having a Reverse Sneezing attack. This problem is, in the vast majority of cases, not serious. If the attacks are spaced out (at least 1 month between each one) and the dog shows absolutely no other symptoms during and between attacks (coughing, sneezing, fatigue, shortness of breath, fever, nasal discharge, etc.), it is generally not necessary to consult a doctor.

My dog has Reverse Sneezing, is it dangerous?
In the vast majority of cases, Reverse Sneezing is completely harmless to the dog, just like an ordinary sneezing attack - although it is more impressive. However, if your dog has several attacks per week or month and/or has other symptoms, even if discreet (fatigue, lack of appetite, shortness of breath, sneezing, coughing, etc.) before or during the attacks, it is possible that Reverse Sneezing is caused by a more serious disorder. To remove any doubt and not to risk your dog's health, it is important to consult a veterinarian.

Can Reverse Sneezing be treated in dogs?
Generally, Rerverse Sneezing does not require any treatment, as it is a benign phenomenon, without danger for the dog. However, it is sometimes linked to another disorder (tumor, viral infection, allergy, chronic inflammation, etc.) in which case it is advisable to consult a veterinarian to make a precise diagnosis and implement an appropriate treatment.

How do you stop a Rerverse Sneezing seizure in a dog?
There is no need to intervene if your dog is having a Rerverse Sneezing seizure: he is in no danger, and the seizure will stop by itself. However, you can try to massage the dog's throat to induce swallowing or to block his nostrils for 1 or 2 seconds. These maneuvers do not always work, but they can be effective.

Reverse Sneezing results in loud and impressive seizures, which often distress both the owner and the dog. In reality, this phenomenon is rarely an indication of a serious disease or disorder, and is usually a simple mechanical reflex similar to a sneezing attack, and just as benign.