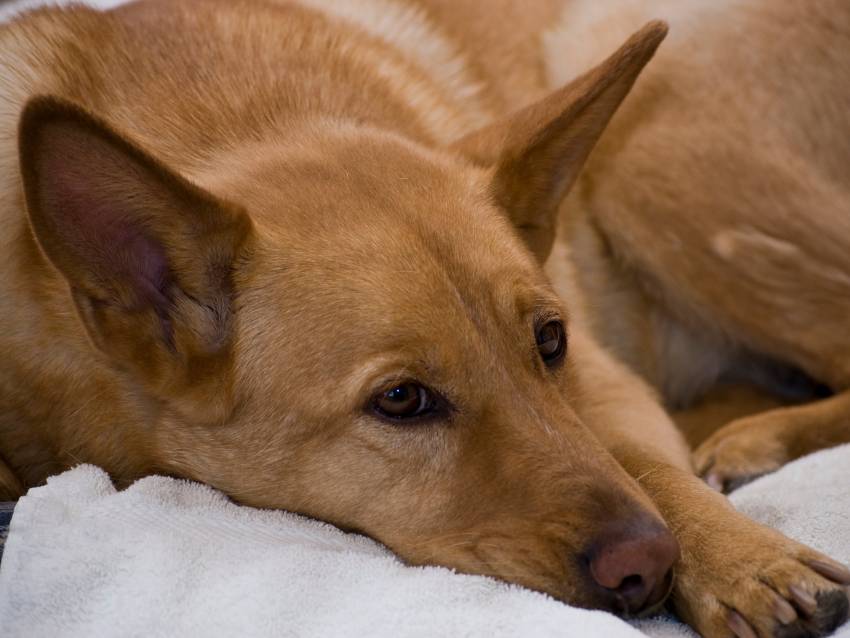 Meningitis in dogs is an inflammation of the meninges, the membranes surrounding and protecting the central nervous system.

If left untreated, meningitis can have serious consequences on a dog's health and cause irreversible after-effects, even death. In order for your pet to receive the appropriate care as soon as possible if he develops this disease, it is essential to learn how to recognize the symptoms and identify the possible risk factors.

What is dog meningitis?

The inflammatory phenomenon that characterizes this pathology manifests itself by a swelling of the tissues, which causes an exacerbated pressure on the brain and the spinal cord of the animal. The nervous system, which is very fragile, can suffer irreversible lesions (fatal or disabling) due to this increased pressure and/or the lack of oxygenation caused by the inflammation of the blood vessels necessary for its irrigation.

Meningitis is frequently associated with inflammation of the surrounding tissues, particularly those of the brain (encephalitis). In fact, we often speak of meningoencephalitis. There are two main categories of meningitis affecting our dog friends: meningitis of infectious origin, which is very rare, and autoimmune meningitis, the most common.

Meningitis in dogs can be caused by various exogenous or endogenous factors, i.e. from the dog's environment or from its own organism. In dogs, the second form is the most common, which is good news because it is also the most treatable and considered the least serious.

Meningitis-Arteritis Cortico-Responsive Syndrome
Meningitis-Arteritis Cortico-Responsive Syndrome is a congenital condition caused by a dysfunction of the dog's immune system. This abnormality of the animal's immune system causes it to attack its own tissues, causing an abnormal inflammatory reaction that does not occur in response to pathogens, as it should, but spontaneously.

It is essential to remember that this disease is aseptic, and therefore not caused by an infectious agent of external origin. The mechanisms causing inflammatory diseases in dogs, which may exist at different levels (intestinal, neurological, etc.) are still poorly understood at present. However, some risk factors have been identified.

It would seem that there is a hereditary predisposition to the development of Cortico-Responsive Meningeal Arteritis Syndrome in dogs. Thus, the Bernese Mountain Dog, the Beagle, the Boxer, the Weimaraner and the Nova Scotia Retriever are considered breeds at risk.

The Bernese Mountain Dog is also doubly burdened, as it responds less well to treatments aimed at controlling this condition. Young dogs are also more affected by this condition than older dogs. However, despite the identified risk factors, autoimmune meningitis can affect all dogs, regardless of age and breed.

The virus responsible for canine distemper, namely Canine Distemper, is commonly implicated, which weighs all the more in favor of vaccination against this pathology, among the most frequent and contagious of dogs. The protozoan responsible for Toxoplasmosis is also regularly implicated, and the bacteria causing Ehrlichiosis, transmitted by ticks, are also ideal suspects.

Although infectious meningitis is rare, it is considered more dangerous than autoimmune meningitis and should not be overlooked. Vaccination and control of parasites, which carry bacteria and protozoa, are central preventive acts to protect your dog from potentially fatal meningeal inflammation.

Although the symptoms of canine meningitis can vary greatly from specimen to specimen, the most common symptom is severe pain, manifested by stiffness in the neck. The dog tends to translate this pain into an abnormal gait, moving with its head down and putting its feet on the ground with difficulty, as if it were walking on eggshells.

A general dejection and an alteration in the dog's health are very symptomatic of this condition. Episodes of fever, more or less intense, anorexia, lethargy or unusual prostration are regularly observed.

When the pain becomes very strong, the dog may be reluctant to move. Inflammation of the joints may then occur. If the meningitis is not properly treated, or when it becomes chronic, the dog may have neurological sequelae that are generally irreversible.

Deafness, blindness, lameness, tremors, weakness in the limbs or any other nervous symptom can then be observed. 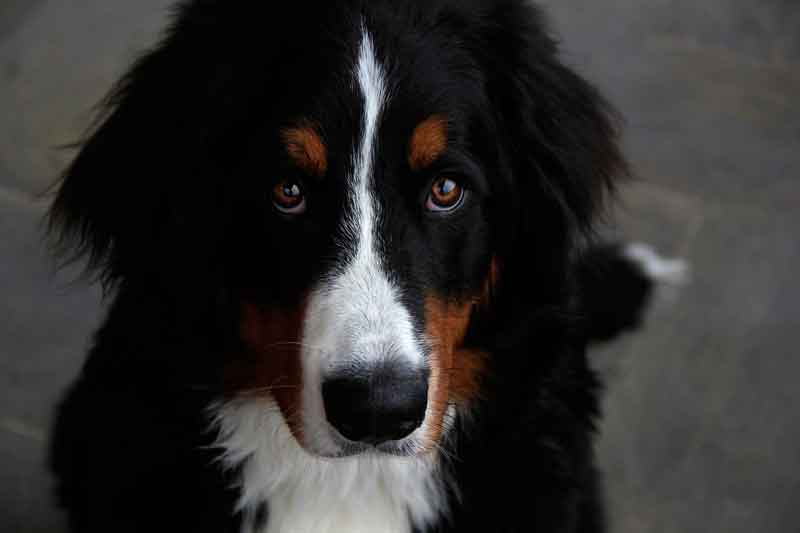 Treatment and prognosis of canine meningitis

The treatment of canine meningitis depends entirely on whether it is infectious or autoimmune. In the vast majority of cases, the form encountered is Cortico-Responsive Meningitis-Arteritis Syndrome. As the name implies, this form of meningitis is treated primarily through the administration of corticosteroids, immunosuppressive drugs designed to inhibit the immune response of the animal's body.

This treatment must be continued over the long term and stopped gradually. It requires the full involvement of the owner: if it is not given to the dog in the proper manner, relapses are frequent, and the disease may then evolve into a chronic form. Unfortunately, chronic autoimmune meningitis has a much poorer prognosis and usually results in reversible nerve damage.

However, when aggressive treatment has been initiated early enough and delivered correctly, the prognosis of the animal is very good and relapses are relatively rare. Occasionally, however, the animal does not respond to treatment. In this case, the evolution towards a chronic form is often inevitable.

In the case of infectious meningitis, the prognosis of the dog is more reserved. The inflammation can be particularly virulent and difficult to control before it causes serious damage to the dog's central nervous system. In addition, the infectious agent involved is not always identified in time for effective treatment. In some cases, there is simply no treatment that can eliminate the infectious agent - especially when it is bacterial.

Can a dog get meningitis?
Yes, meningitis is not only a pathology that affects humans, and it is also found in dogs. However, our four-legged friends are most often affected by an auto-immune form that is unique to them.

How do I know if my dog has meningitis?
Meningitis in dogs usually causes severe pain, which is reflected in an abnormal, stiff and cautious gait. It is said that he "walks on eggshells". Episodes of fever can also be observed, as well as an alteration in the dog's general health.

Can a dog recover from meningitis?
Yes, fortunately meningitis is not as serious in dogs as it usually is in humans. Our four-legged friends are most often affected by an immune-based form of the disease that responds well to steroid treatments when started early enough and administered properly.

Is meningitis fatal in dogs?
Yes, meningitis can be fatal in dogs and, when it is not, it can cause irreversible neurological sequels. However, it can most often be managed with a veterinary treatment based on corticosteroids, and the dog has a good chance of recovering without sequels.

Meningitis in dogs is a serious disease, partly because of the proximity of the membrane affected by this inflammation to the central nervous system, i.e. the brain and the spinal cord. Fortunately, it can usually be treated properly with immunosuppressants. The treatment can be long and require a certain involvement from the owner, but it usually allows the dog to return to a normal life without suffering any after-effects.

It is important to note that the prognosis of the animal is good only if the disease is treated in time, so it is essential not to neglect this pathology and to quickly take your dog to a veterinarian if he seems to be affected.