Legg calve perthes disease in dogs is an orthopedic condition that causes degeneration of the hip joint.

Legg calve perthes disease can cause great distress in dogs and requires early management to give the animal the best possible health prognosis. In fact, although it can usually be treated at all stages, it can cause lasting damage if not treated in time.

Today, I would like to take a closer look at the Legg calve perthes orthopedic disorder, in order to learn how to recognize it as soon as possible and how to react if you suspect your dog suffers from it.

What is Legg calve perthes disease in dogs?

Legg-Perthes-Calve disease in dogs is an orthopedic disorder consisting of necrosis of the femoral head, the upper end of the femur bone. This condition is known by many names: Asceptic Necrosis of the Femoral Head, Primitive Osteochondritis of the Hip, Coxa Plana...

It occurs when the head of the femur is not properly vascularized during the development of the bone, causing destruction of these tissues and abnormal remodeling of the hip joint. The hip joint is heavily mobilized on a daily basis in dogs. Therefore, localized lesions in this area can be very disabling.

Finally, it should be noted that aseptic necrosis occurs when the bone tissue dies from a lack of vascularity that deprives it of oxygen and nutrients, and not as a result of infection (skeptic necrosis). Sceptic necrosis can, however, occur as a complication of aseptic necrosis, with non-vascularized tissues being at the mercy of pathogens, cut off from the blood and lymphatic circulation carrying antibodies.

The origins of Legg calve perthes disease in dogs are, to this day, unknown. However, a genetic involvement is suspected, mainly because of the prevalence of the disease in certain canine lines. The mode of transmission could be autosomal recessive, which implies the existence of healthy carriers of the anomaly.

Healthy carrier dogs are then likely not to be discarded from breeding, as they do not have any joint disorders. They are therefore particularly likely to pass on the genetic defect responsible for the disease to their offspring, thus contributing fully to its spread in the dog population. According to Legg, a traumatic component could be involved. Compression of the blood vessels of the femoral head during gestation could be involved.

Endocrine disruption and idiopathic inflammatory disorders have also been suggested, but there is no scientific consensus on the subject at this time. Young dogs are over-represented, and Legg calve perthes disease occurs primarily in animals less than 1 year old. Doggies between 5 and 8 months of age are the most affected.

Lameness is the most obvious symptom of Legg-Perthes-Calve disease in dogs, although its severity can vary greatly depending on the extent of the damage. It is important to note that it is the damage to the cartilage resulting from the deformity of the femoral bone that causes the symptoms, not the necrosis of the bone itself.

Lameness is usually unilateral, progressive, intermittent at first, and then rapidly worsens over time. The limb becomes stiff and painful, and the muscles of the affected leg begin to atrophy, as the dog avoids pressing on the painful joint.

Overwhelmed by the pain, the dog may become irritated, sad or even aggressive. More sedentary, it may tend to lose muscle mass and lose weight, or conversely, gain weight due to lack of exercise. Excessive weight gain will tend to aggravate the problem, putting extra strain on the already damaged joint. 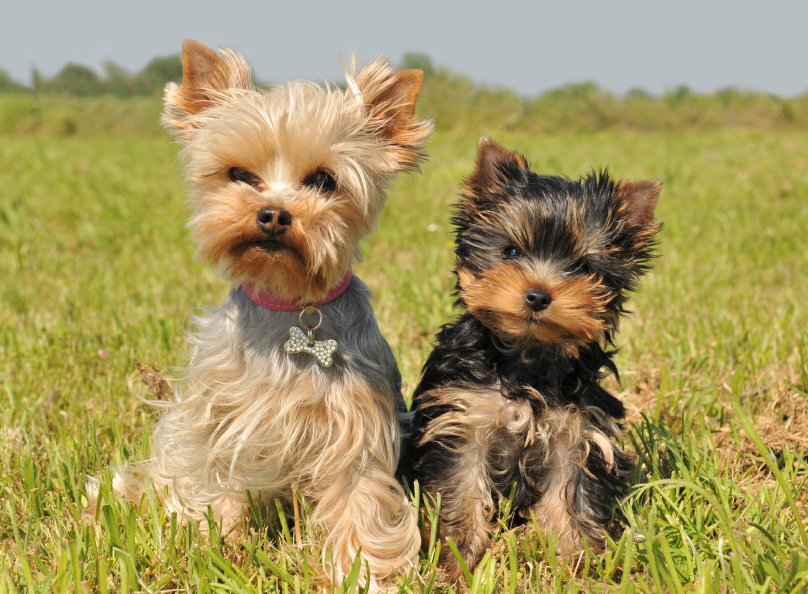 Treatment and prognosis of Legg calve perthes disease in dogs

Fortunately, there is an effective surgical treatment for the permanent cure of Legg calve perthes disease in dogs. Orthopedic surgery of the femoral bone is recommended as soon as the disease is detected by X-ray, before the symptoms worsen.

Cartilage degradation and muscle atrophy, often seen in dogs with this condition, will tend to slow or even compromise recovery. The surgical procedure indicated to treat Legg calve perthes disease is femoral head and neck resection, also known as hip resection-arthroplasty.

It consists of a partial removal of the hip bones and the head of the femur, so that these two parts of the joint no longer touch. This eliminates abnormal friction and stops the deterioration of the cartilage. During the healing process, fibrous scar tissue replaces the removed bone tissue, thus forming a pseudo-articulation.

Muscle tissue then takes over to properly maintain the hip, which is why it is essential to have the animal operated on quickly, before it becomes dislocated. Full recovery can take a long time, and rehabilitation and physical therapy are essential following surgery.

In small dogs, which are the most affected by Legg calve perthes disease, the prognosis is very good and the dog usually returns to a completely normal life after surgery. In large dogs, the prognosis for orthopedic surgery is always more difficult because of their body mass, which puts more stress on the joints, making the healing process more complex.

How do I know if my dog has Legg calve perthes disease?
Legg calve perthes disease in dogs is essentially a progressive lameness, which occurs in young dogs, preferably between 5 and 8 months of age. It is often unilateral and very painful. The general state of the animal can deteriorate, it can be irritated, aggressive or withdrawn because of the pain it feels.

What should I do if my dog has Legg calve perthes disease?
If your dog has Legg calve perthes disease, it is essential that you consult a veterinarian so that your dog can receive proper treatment. Orthopedic surgery is the only way to cure this disease permanently. It is important to do it as soon as possible, before the animal suffers sequelae that may complicate its recovery, or even compromise it altogether.

The removed pieces of bone are replaced with scar tissue, which allows for the reformation of a pseudo joint that is essentially maintained by the muscles, ligaments and tendons of the joint. Little is known about Legg-Perthes-Calve disease in dogs, and veterinary science is still struggling to determine its exact causes, making prevention difficult.

In an attempt to prevent its spread in the dog population, it is important to remove from breeding dogs that have suffered from this condition, even if they are now cured.

In fact, a genetic origin is suspected, as the prevalence of this disease in certain breeds of dogs seems to demonstrate a real heritability.