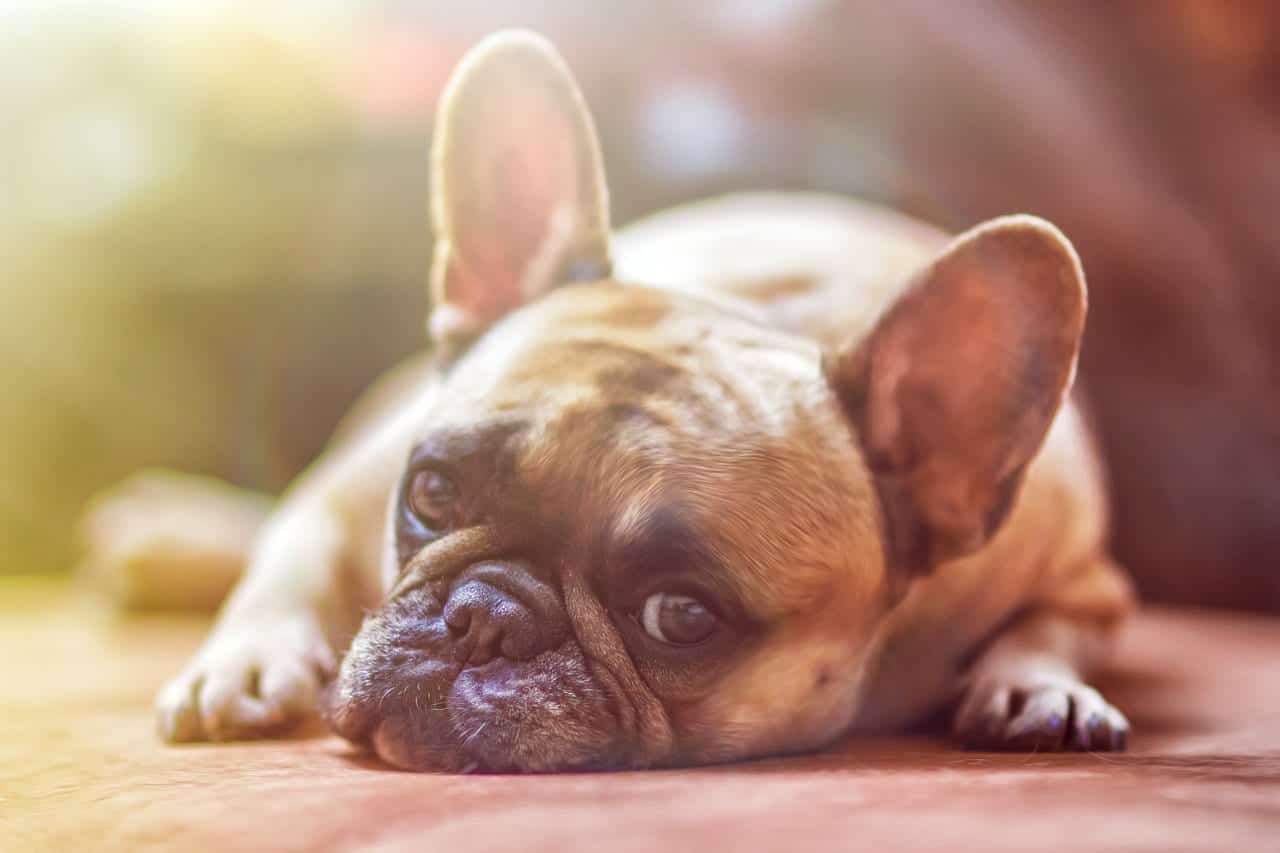 Everyone knows that dogs can't stand solitude, a fact that prevents many people from adopting a pet despite their love for animals.

The decision to adopt a dog when you have to leave your home every day to go to work is therefore worth thinking about, both to avoid harming the animal's well-being and to prevent the experience from ending prematurely, often with the animal being abandoned.

For other owners, the question arises in case of unexpected absences, when they have no other solution than to leave their pet alone.

In reality, there is no general truth about the duration of the periods of solitude that a dog can support: each specimen is different, and everything depends as much on its instincts as on its character, its age, its breed and, of course, its education.

Dogs are well known to have eyes only for their masters and, in fact, to have a hard time with separation from their masters.

In reality, things are more nuanced, and each dog's relationship with solitude is different depending on multiple factors that you can't necessarily act on.

In principle, a well-balanced dog, properly prepared for solitude, will simply sleep during his master's absences. But some specimens - relatively numerous - suffer from a pathology called "separation anxiety" or "abandonment psychosis".

Dogs with separation anxiety will have a very hard time dealing with even short absences from their owners, and the loneliness will cause them stress that can lead to behavioral and physical problems.

It is assumed that separation anxiety is due to incomplete weaning, i.e. that the puppy was taken from its mother before she taught it, little by little, to detach itself from her. This is very often the case with puppies sold in pet stores, who generally show disorders, more or less important, related to separation anxiety.

However, other factors are also involved, such as genetic predisposition, other behavioral disorders, trauma, etc. In dogs with this disorder, separation for several hours is not an option without prior treatment.

This treatment can be medicated in the most advanced cases (antidepressants, anti-anxiety drugs), but can also be done through behavioral therapy.

The owner, generally assisted by a professional in canine behavior, will look for the causes of the disorder and try to implement solutions to reduce or eliminate them. He will also have to follow different methods of positive education to learn how to behave so that his animal lives better his absences.

In dogs without behavioral problems, the absence of the owner is not always easy to live with, and it is still necessary to work on the separation so that it does not generate stress. Indeed, if the separation in itself is not problematic for a balanced dog, he always risks giving in to boredom during the hours of his master's absence.

Boredom, like loneliness, is a real anxiety factor for dogs, who naturally need to be physically and intellectually active to remain balanced. Dogs suffering from deep boredom can, like dogs suffering from separation anxiety, develop behavioral problems and, due to stress, physical illnesses.

How do you get your dog used to being alone for several hours?

As explained above, a dog with separation anxiety will certainly require behavioral therapy or even, in severe cases, medication to cope with the loneliness.

In all other dogs, loneliness can be instilled through two stages: preparation and compensation.

Preparing your dog to be alone

The first thing to do is to avoid creating a hyper-attachment in your dog, especially if you notice that your doggie is playing the glue pot, jumping at the slightest request or constantly observing you waiting for a request.

As much as you like being close to your dog, you have to fight the urge to let him sleep with you, to take him everywhere and to respond to his every cry. The more you're there for your dog, the more he'll become addicted to your presence and the more he'll find it hard to be alone.

Of course, don't go overboard: a dog needs to be taken care of, and the attention you give him is essential to compensate for the hours of loneliness, as we will see later.

You just have to remain measured and not brood over your dog like a mother hen, a reflex that many masters have with small dogs, these breeds supporting, in fact, less solitude than the others.

To do this, get your dog used to being alone little by little, from a very young age, by gradually leaving you for a few minutes, then a few hours. For everything to go well, the ideal is to give your pet something to distract him as soon as you leave him (treat, chew bone, favorite toy...).

The goal is to associate your departure with something positive: when your dog sees you walk out the door, he knows that he is going to receive something that pleases him and therefore does not feel stress, but joy.

In the same vein, it is important to desecrate your departure and return after a few hours of absence. Avoid tearful goodbyes that cause anxiety in your pet, instead leave discreetly, diverting his attention with a toy or a treat.

When you come home, don't pay too much attention to your pet either, so that he doesn't spend his day waiting impatiently for you at the door. Allow a few minutes to pass before taking an interest in him, and if he doesn't celebrate or react to your arrival - which is quite rare - don't ask for his attention immediately after you walk in the door.

Compensate for the hours of solitude

In order for your dog to live your absence to the fullest, the ideal is for him to take advantage of his moments of tranquility and solitude to sleep.

This can only be done when he has had enough exercise, both physically and intellectually, during your presence and especially before your absence. The ideal is to take your dog out at least one hour in the morning before you leave, and one hour in the evening when you return.

The walks don't have to last for miles: not all dogs need to walk or run for a long time, but they should be able to satisfy their thirst for stimulation and discovery of their environment. Also, don't rush your pet or pull on the leash to get him to speed up his pace so that he can work out more.

Your faithful companion will benefit much more from a walk during which he can take the time to sniff the smells he encounters. This activity, essential to his well-being, allows him to expend his intellectual energy, an exercise that many owners neglect despite its crucial aspect for a dog's balance.

Of course, the compensation of your absence hours must be adapted to each dog according to his age, his health, his sportsmanship and his character. Also, some dogs will tolerate shorter walks, but will have a great need for cuddles and games with their masters (Poodles, Shih Tzu...) and others will really need physical exercise (Greyhounds, American staff, etc.). 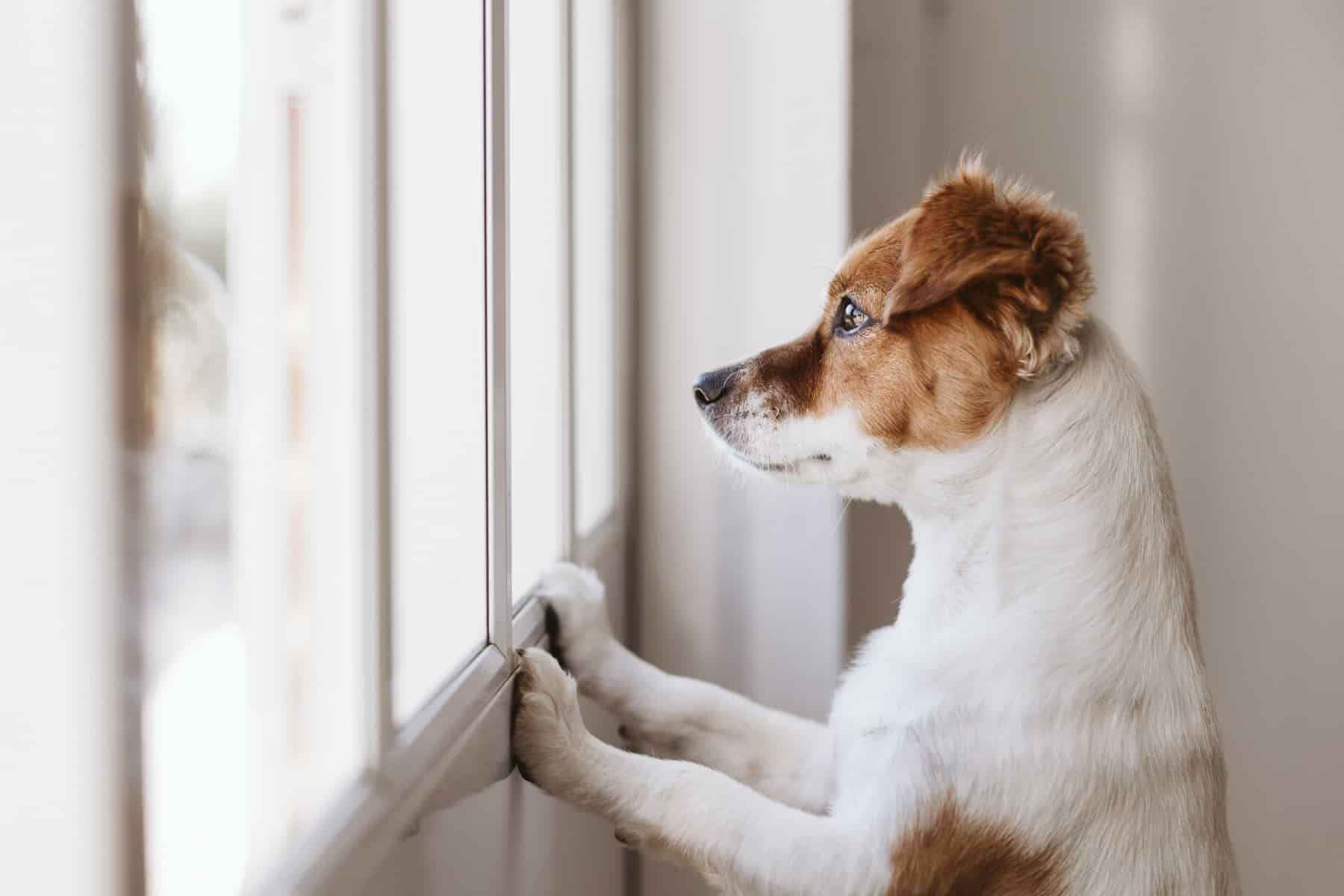 How many hours of solitude can a dog endure?

From the information presented earlier in this article, you will have understood that it is impossible to determine a general number of hours of solitude that all dogs can withstand. It all depends on the animal in question, its character, its breed, its age, its athleticism and its mental balance.

Some dogs will never be able to stand more than an hour or two of solitude, despite all the efforts of their owners to prepare and compensate. Others are quite happy to lounge around for hours in peace while their owners are at work, without any need for preparation.

Before adopting a dog, keep in mind that there is no guarantee that he will not develop behavioral problems when he is alone, and that it is more likely that he will not tolerate your absences than that he will live them well. Also, if you work 8 hours a day, adopting a dog may not be a good idea, unless you plan to do everything possible to prevent your dog from suffering from loneliness, which often involves using a dog-sitting service and therefore requires a certain budget.

One solution, for the masters who have the means, is indeed to request the services of a professional or a private individual who will walk your dog or will keep him at home during your absences. This is a costly alternative, but it is really efficient to allow your dog to fight against boredom and anxiety when you are away from him.

Can I leave my dog alone in the garden?
If your yard is fully enclosed and secure, and your dog has plenty of clean water and shelter from the heat or cold, you can leave him outside while you are away. However, nothing indicates that he will suffer less boredom there, because he probably already knows it by heart.

Can I leave my dog alone at night?
If your pet is used to being left alone for several hours and usually sleeps peacefully at night, you can leave him alone, always leaving him clean water. If your dog is not used to being left alone or suffers from anxiety, I would advise you to leave him with a relative or a dog-sitter so that he does not experience this experience as a trauma, which could be detrimental to any future attempts to teach him to be alone.

Can I leave my dog alone for 2 days?
Leaving your dog alone for more than a day is completely out of the question, as he will be unable to manage his food and water, even if you leave him some reserves, and to refrain from doing his business. If your dog usually tolerates solitude well, you can ask someone (a relative or a dog-sitter) to come and feed him, water him and take him out to relieve himself. If your dog can't stand to be away from you, or if you've never tried leaving him alone before, it's not a good idea to leave him for more than a few hours: give him to a relative or a dog-sitter instead.

Do more independent dogs handle being alone better?
Some breeds of dogs, especially the primitive group 5 breeds, are known to be more independent, so much so that they are sometimes called "cat dogs". If these dogs are, indeed, less likely to develop a hyper attachment disorder that makes separation from their masters more complex, or even impossible, they remain very sensitive to boredom and will not therefore tolerate solitude any better than others if they are not properly prepared.

Leaving your dog alone for several hours is never easy, both for the owner who feels guilty and for the dog who can quickly become anxious about boredom and loneliness. The organization of your days must be carefully thought out before you consider adopting a dog, especially if you are away for 8 hours a day to work.

Remember that, regardless of breed, it is impossible to be certain that a dog will tolerate solitude at the time of adoption, so be aware that, in the event that he suffers from boredom, separation anxiety disorder or hyperattachment, you will need to find a pet-sitting solution or consider behavioral therapy.

To avoid having to separate prematurely from a dog that destroys your property or presents behavioral problems due to loneliness, think carefully before considering an adoption and budget the cost of hiring a dog-sitter to prevent your pet from being left alone.

Your doggie doesn't like your absence or, on the contrary, hardly notices it? Share your experience or ask us your questions in the comments of this article!