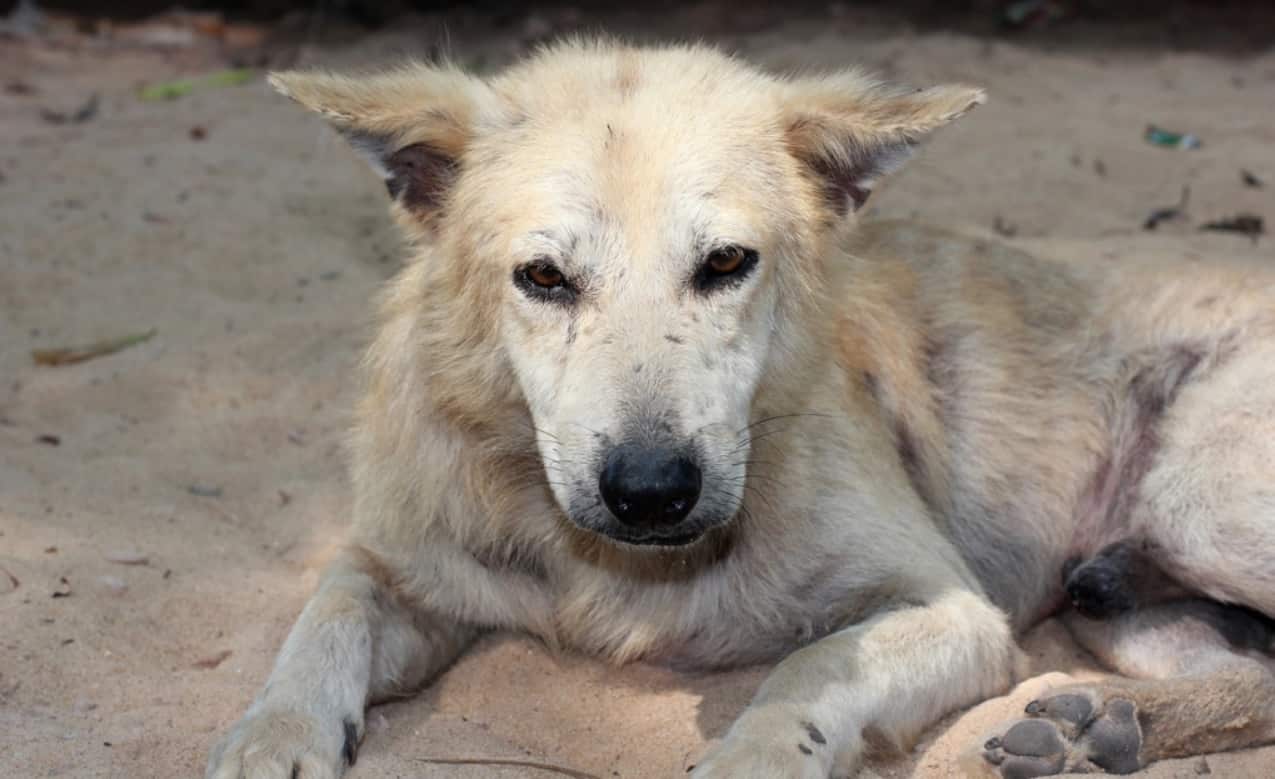 Ichthyosis of the dog is a rare skin disease, which gives the dermis an atypical appearance, relatively similar to fish scales.

Although it is mainly found in Golden Retrievers, this health condition can affect different breeds of dogs, and also exists in humans. Today, I propose to learn more about this curious disease, its symptoms, causes and treatments.

What is ichthyosis in dogs?

Ichthyosis in dogs is a dermatosis, or skin disease, of genetic origin. It takes its name from the Greek word Ichtyus, "fish", because it gives the skin a relatively scale-like appearance. In concrete terms, ichthyosis corresponds to an abnormal keratinization of the skin, which leads to an accumulation of scales in the form of fish scales on the surface of the dermis. The skin, instead of being smooth and uniform in appearance, is then rough.

For a long time, canine ichthyosis was referred to in the singular, but now it is referred to as canine ichthyosis in the plural, because the term refers to a group of genetic dermatoses. The latter present common characteristics, but variable clinical expressions in their symptoms and severity, as well as very heterogeneous responses to existing treatments.

The study of these pathologies is still new and poorly documented, and science is now focusing on canine ichthyoses to advance on those that afflict humans, who can develop particularly severe forms. For the time being, veterinary medicine distinguishes two types of canine ichthyosis, epidermolytic and non-epidermolytic, although this classification is imperfect, as many cases do not fit into it.

Epidermolytic ichthyosis, which is rare, consists of a defect in the synthesis of epidermal keratins, probably caused by a deficiency of keratin 10. Keratin is a fibrous protein that is one of the main components of the phanera (claws, hair, etc.) and is found in large quantities in the epidermis.

Its presence in the epidermis provides the dog's skin with impermeability, as well as protection against external elements, especially UV rays. This form of ichthyosis is mainly described in Norfolk, Cavalier King Charles, Rhodesian Ridgeback and Labrador, as well as in Labrador crosses. Non-epidermolytic ichthyosis is more common and is caused by transglutaminase deficiency.

Dog ichthyosis is a genetic disorder, probably inherited. The condition develops as a result of a genetic mutation that alters corticogenesis (or keratinization). In other words, the genes of the dog with the mutation are not properly programmed to control the action of keratins or transglutaminase, resulting in an abnormal development of the epidermis.

The mode of inheritance of this genetic mutation is not yet elucidated, except in the Jack Russell Terrier and Norfolk, where it has been identified as autosomal recessive. A recessive mode of inheritance implies that some dogs are healthy carriers of the genetic mutation, which greatly complicates the control of this disease. It is estimated that nearly half of Golden Retrievers are healthy carriers of the anomaly that causes canine ichthyosis.

Since healthy carriers do not get sick and do not develop any symptoms, they are almost never removed from the breeding program and spread the mutation within the dog population. However, there is a DNA test that can detect Golden Retriever carriers of the anomaly, but it is still not used enough by dog breeders.

Symptoms of ichthyosis in dogs

The symptoms of ichthyosis in dogs vary depending on the pathology. Typically, non-epidermolytic ichthyosis, which is found mainly in Golden Retrievers, results in a dull coat and skin with white or gray fish scale-like scales.

The scales are found all over the skin, although the dog's face is sometimes spared. The lesions are most visible when the dog is shorn, which results in skin with highly symmetrical polygons. As the dog grows, these scales become pigmented and darker, giving the dog's coat a consistently dirty appearance, full of black dandruff.

The dog usually tends to lose hair (flakes), which leaves a rough and irregular skin. Bacterial and/or fungal surface superinfections are often observed, as the epidermal barrier is compromised, making the skin significantly more susceptible to pathogens.

Epidermolytic ichthyosis, mainly described in the Cavalier King Charles, causes often extensive peeling, revealing hairless areas of rough, thick skin. Typically, highly pigmented scales are visible around the animal's nipples, and there is always a thickening of the dermis of the pads.

The coat is particularly dull and damaged, and its appearance may be profoundly altered, becoming woolly, short, or frizzy. Nonspecific symptoms are usually added to the disease. Dogs with epidermolytic ichthyosis are often stunted or stunted in growth, and frequently suffer from keratoconjunctivitis sicca. 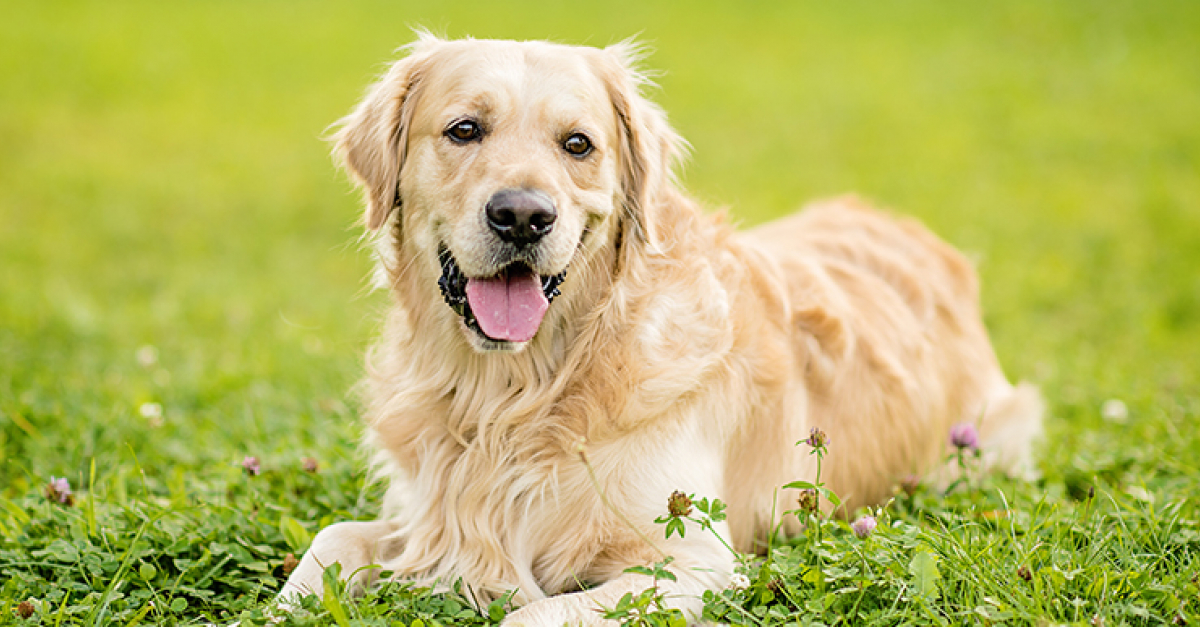 Treatment and prognosis of canine ichthyosis

The treatment of canine ichthyosis is delicate, and depends greatly on the severity of the lesions observed, highly correlated to the breed concerned. It does not cure the disease, but only increases the quality of life of the dog. In less severe cases, the treatment is only symptomatic and aims to control the production of scales and moisturize the skin.

To do this, the veterinarian usually prescribes keratomodulating lotions based on sulfur, emollient and salicylic acid to regulate the production of corneal cells. Essential fatty acids can be administered orally as a complement to limit the production of sebum which tends to dehydrate the skin.

For more advanced forms of canine ichthyosis, treatment may include applications of propylene glycol to the animal's skin two to three hours before administering a keratomodulating shampoo. Propylene glycol is used in veterinary medicine to soothe topical inflammation and itching.

When the dog does not respond to the above treatments, medical treatment with retinoids is sometimes implemented. Retinoids are chemical compounds that regulate epithelial cell growth and should only be used under close therapeutic supervision.

They are teratogenic substances (causing fetal malformations in pregnant dogs) with a number of significant side effects (keratoconjunctivitis sicca, liver disorders, etc.). Antibiotic and/or antifungal treatment is sometimes added in case of surface superinfections.

The prognosis of benign forms of canine ichthyosis, which are mainly observed in Golden Retrievers and Cairn Terriers, is rather good. The prognosis is more delicate in moderate forms, typical of the Norfolk Terrier, and becomes reserved in the Jack Russell Terrier and American Bulldog.

The prognosis for the Labrador Retriever and Labrador crosses is poor. These breeds often develop the most severe forms, which can profoundly alter their quality of life.

My dog has ichthyosis, is it serious?
The severity of ichthyosis in dogs depends on the breed concerned and on each pathology. It is indeed a multifaceted disease, and it would not be an exaggeration to say that each dog has its own ichthyosis. There is no cure for ichthyosis, but in mild and moderate forms, regular care can allow the dog to maintain a good quality of life. In the most severe cases, which are fortunately the rarest, the disease does not always respond to treatment, and the animal's quality of life can deteriorate significantly.

Can ichthyosis be cured in dogs?
No, there is currently no cure for canine ichthyosis. The treatments that do exist are simply aimed at relieving the dog's symptoms to improve its quality of life. It should be noted, however, that the field of research on canine ichthyosis is in full swing, as the progress made in the canine world is highly beneficial to human ichthyosis, which is still very poorly understood today. New treatments for both humans and their four-legged companions may soon be available!

How is ichthyosis treated in dogs?
Dog ichthyosis is treated primarily by treating the symptoms to improve the dog's quality of life. The main focus is to keep the dog's skin healthy and well moisturized, and to try to regulate its production of sebum and scales.

Which dog breeds are prone to ichthyosis?
The dog most affected by canine ichthyosis is the Golden Retriever, which fortunately most often develops a mild form of the disease. It is considered that about half of Golden Retrievers carry the genetic mutation that causes ichthyosis, so it is essential to ask for a genetic test when you consider adopting a puppy.

The Cavalier King Charles, Jack Russell, Cairn Terrier and Norfolk are also among the most represented. Labrador Retrievers are rarely affected, but when they are, they often develop the most severe forms. Ichthyosis of the dog is still a very mysterious disease, but science should soon be able to make progress on it.

The Golden Retriever is an excellent subject for study, as it is frequently affected by a form of ichthyosis relatively similar to that found in humans: it is even thanks to it that the gene responsible for human ichthyosis was discovered!

For the time being, we can only hope that research will progress, as the treatments currently available unfortunately offer very variable and sometimes insufficient results.