How to treat typhus 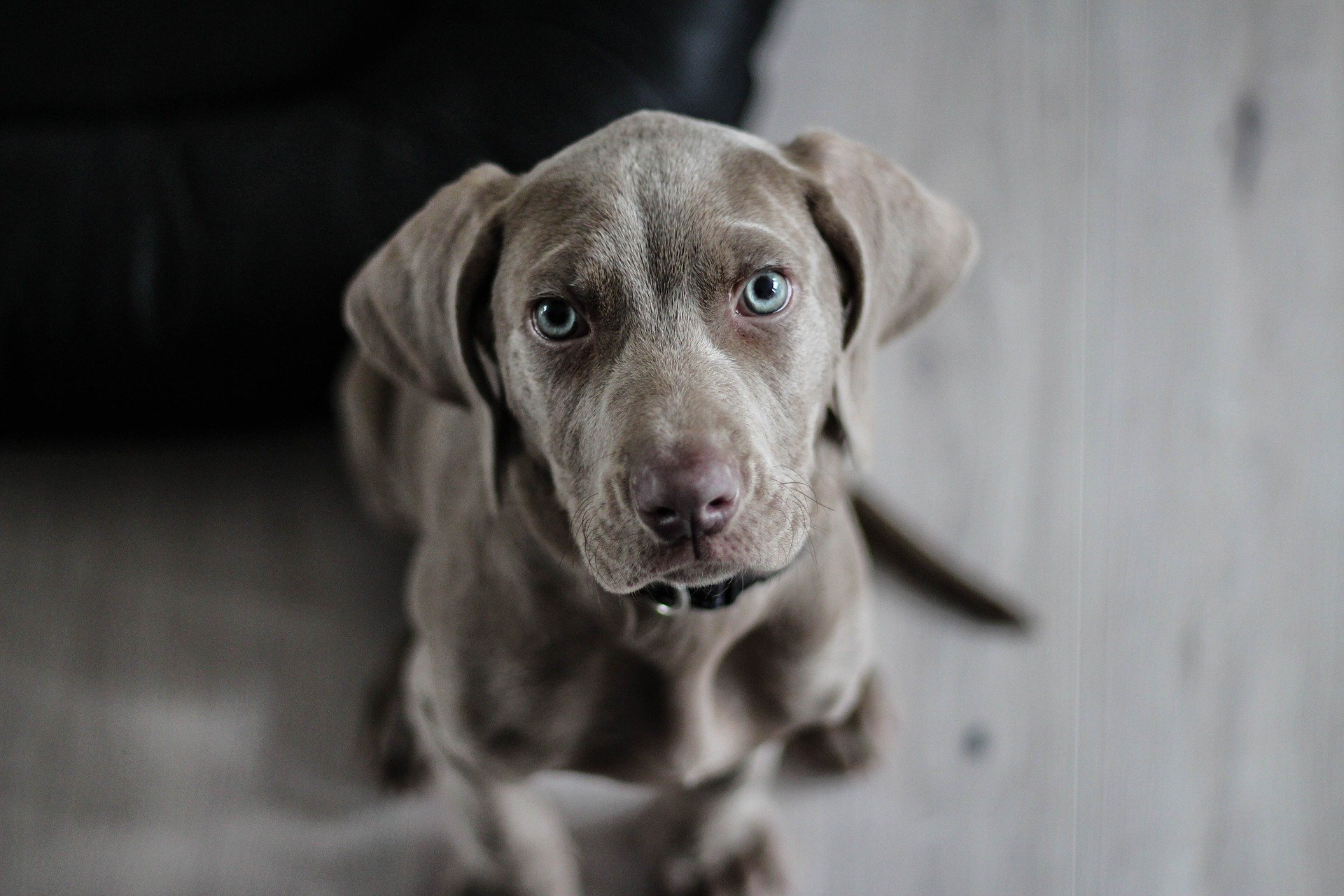 How to treat typhus

Dog typhus is a serious disease, particularly severe in puppies and much more common than one might think.

Indeed, in humans, the word "typhus" refers to an ancient disease, which is thought to have disappeared. In the dog, it is not so, and behind the term "typhus" hides the canine parvovirus, a modern disease of the domestic carnivore that still wreaks havoc on the health of livestock.

What is dog typhus?

Dog typhus is a disease caused by the canine parvovirus 2 (CPV2), a virulent and highly contagious pathogen. This disease is also called Puppy Parvovirus, because young animals develop more severe forms when they are affected.

Note that dog typhus has nothing to do with human typhus, in which the term refers to a family of diseases caused by bacteria transmitted mainly by parasites (lice, thumbs and ticks). Canine parvovirosis is sometimes named by analogy, i.e. because of its similarity to human typhus. Indeed, both diseases are manifested, among other things, by a high fever, and have a lethal and epidemic character.

Dog typhus is a recent disease, which was discovered only in 1978 and seems to have spread rapidly throughout the world since then. It appears to be the result of a mutation of feline parvovirus, or parvoviruses affecting wild carnivores (raccoons, foxes, and minks).

Dog typhus can adopt an intestinal or cardiac form, the second being transmitted from the bitch to the puppy and reaching only the young animals.

The intestinal form of dog typhus is the most common. Contamination occurs orally, when the animal is in contact with surfaces contaminated by the excrement of an individual carrying the virus (asymptomatic or not). The parvovirus in question will then infect the lymphatic system of the dog, then spread in its blood until reaching the intestine and the bone marrow.

At this stage, the symptoms of the disease are often invisible to the owner, while the virus progresses insidiously in the dog's body. The intestinal tissues affected by the virus become necrotic, and the number of lymphocytes in the dog's body decreases due to the damage to the bone marrow.

This process allows the bacteria normally present in the dog's digestive tract to cross the intestinal barrier and infect the entire body. It should be noted that the severity of canine typhus and its prognosis are closely related to the intestinal health of the animal and the virulence of the bacteria normally present in the gut prior to infection with CPV2.

Each animal has a different intestinal flora depending on its age, diet, health status and many other parameters. Dogs that are already colonized with dangerous bacteria (although harmless as long as they remain in the intestine) will usually develop the most severe forms of the disease. Dog typhus results in a systemic infection (septicemia) called SIRS (Systemic Inflammatory Response Syndrome), which leads to various disorders (coagulation disorders, respiratory distress, myocarditis, etc.).

As the infected dog suffers from a generalized immune deficiency, it is also likely to be infected by other pathogens (virus or bacteria) that will complicate the disease and cause new symptoms. Typically, severe hemorrhagic diarrhea is seen in dogs with typhus, sometimes associated with vomiting. Intestinal intussusception (displacement of the intestine) is also symptomatic of this disease, and is often complicated by fatal intestinal obstruction.

Cardiac Typhus in dogs
In the puppy, Parvovirosis can take a cardiac form, although this is more rare. This pathology occurs when the puppy is infected in the uterus of its mother during the gestation or during the first days of its life. The parvovirus reaches the heart muscle and causes tissue necrosis. A sudden stop of the heart or a pulmonary oedema follows.

This form of typhus is particularly fulgurating and causes the brutal death of the animal by cardiac arrest or respiratory distress. In some cases, cardiac typhus can also cause kidney, nerve or blood damage. Symptoms are fleeting and non-specific, and usually do not allow the disease to be diagnosed in time to save the animal.

Typhus is caused by the canine parvovirus, which is transmitted from one dog to another mainly by the oral route. The contamination occurs most often when an animal ingests contaminated feces. Typhus has a strong epidemic character: it is extremely contagious, and the contamination on a large scale can go very quickly in the environments where one meets a strong density of animals (shelters, breedings and kennels).

Indeed, it will have escaped no owner that dogs are used to sniffing each other's hindquarters to greet each other, that the idea of chewing a toy that has been lying on a dirty floor does not put them off, and that some of them may even be tempted by the idea of tasting their peers' excrement...

These risky situations are particularly difficult to avoid, especially since many dogs are healthy carriers of the virus responsible for dog typhus, which can make owners wary of letting their companions approach contagious animals, without suspecting the danger of the situation.

Treatment and prognosis of dog typhus

In puppies, typhus is fatal in over 90% of cases if left untreated. With early treatment, the chances of survival are more than 50%. In adult dogs, the disease is often asymptomatic and without consequences. Nevertheless, some adult dogs may develop severe forms similar to those of the puppy.

The prognosis of the animal is then vital and, as in the puppy, only an emergency treatment can offer a reasonable chance of survival. Note that adult dogs are often asymptomatic, so they are the ones who risk contaminating puppies that may develop severe and fatal forms of typhus.

The first line of treatment for intestinal typhus is symptom control and includes antibiotics to try to stop the bacterial overgrowth in the animal's body, which is made possible by intestinal permeability and immune weakness caused by the virus. Symptomatic treatment is mainly aimed at preventing the dog from dehydrating and succumbing to hypovolemia (blood deficit) due to diarrhea and hemorrhagic vomiting, to calm the pain and to reduce the fever.

Depending on the animal's symptoms, which may vary depending on the organs affected by the bacteria that have crossed the intestinal barrier, different therapies can be considered. It is, however, impossible to eliminate the virus responsible for dog typhus. Therefore, treatments can only target its consequences. An antiviral drug may be prescribed to try to slow down the replication of the virus, but this type of therapy is expensive and not always effective.

There is no treatment for the cardiac form of dog typhus, which causes the death of the puppy within minutes of the first symptoms. The latter is usually diagnosed too late - even post mortem - to do anything about it.

Fortunately, dog typhus can be prevented with great effectiveness: and for good reason, there is a vaccine, derived from the one used to fight against cat typhus. This vaccine is often misrepresented by laymen and experienced veterinarians alike, with some dog health professionals calling it ineffective.

It is strongly recommended that you do not let yourself be fooled by these rumors, which are based on the misuse of this product, and that you insist on having your dog vaccinated, against all odds, according to the rules of the art. To understand the controversy surrounding the dog typhus vaccine, you need to know that if the mother of a puppy has been vaccinated, she will pass on her antibodies that will protect him against this disease until he is 6 to 8 weeks old.

After 8 weeks of age, the puppy is no longer considered protected against typhus, but the bitch's antibodies are still present in her body until she is 12 to 16 weeks old. It is these antibodies, which are no longer needed, that are the problem. Between the 8th and 16th week of age, they no longer protect the puppy against typhus, but they still have the ability to inhibit the effects of the vaccine, making it ineffective.

Today, this problem is rarely taken into account by veterinarians, and vaccinations that do not respect this schedule are legion, which greatly damages the reputation of this vaccine, which is nevertheless very effective. 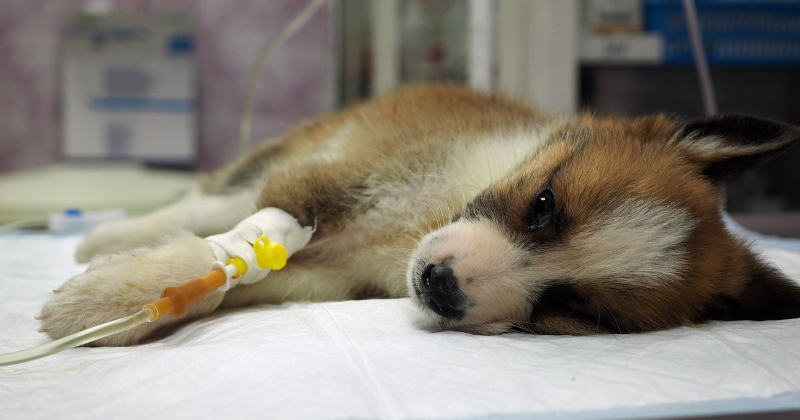 What is dog typhus?
Canine typhus is a serious disease caused by a highly contagious virus, the real name of which is canine parvovirosis. Canine parvovirosis is sometimes referred to as "dog typhus" because, in its epidemic and lethal nature, it resembles human typhus.

Is there a vaccine against dog typhus?
Yes, and it is effective despite what we hear everywhere. However, it must be administered according to a precise schedule to a puppy whose mother is also vaccinated, otherwise the antibodies transmitted by the latter will render it inoperative.

Is dog typhus contagious?
Yes, canine typhus is a highly contagious disease that can cause epidemics. Contamination often occurs very quickly in places where there is a high density of dogs, such as kennels, kennels and shelters.

Is dog typhus fatal?
If left untreated, typhus is often fatal once severe symptoms appear (hemorrhagic diarrhea, severe vomiting, fever, etc.). However, most adult dogs do not develop symptoms and live normally with the virus present in their body throughout their life: they are healthy carriers of the virus and remain contagious. In puppies, healthy carriers are rare, and young animals usually develop the most severe forms of the disease, which are fatal in 90% of cases without treatment.

Can typhus be treated in dogs?
It is impossible to eliminate the virus from the animal's body, but a symptomatic treatment can be implemented to treat the consequences of the virus on the dog's health, and in particular to stop systemic bacterial infections, which are a major cause of death. However, the success of the treatment is closely linked to its precocity: it must be administered at the beginning of the disease to offer a good prognosis. If diagnosed too late, the disease is often lethal in dogs with severe symptoms.

Systematic vaccination is the best way to stop epidemics of canine typhus, or canine parvorvirus, a disease that is always common, highly contagious and often fatal in puppies. If your dog is a healthy adult, don't overlook the importance of vaccinating him against Canine Parvovirus, although the disease is rarely fatal in adult dogs.

Your pet could contract the virus and become a healthy carrier, potentially infecting puppies who cannot yet be vaccinated, and in whom the disease is usually severe.