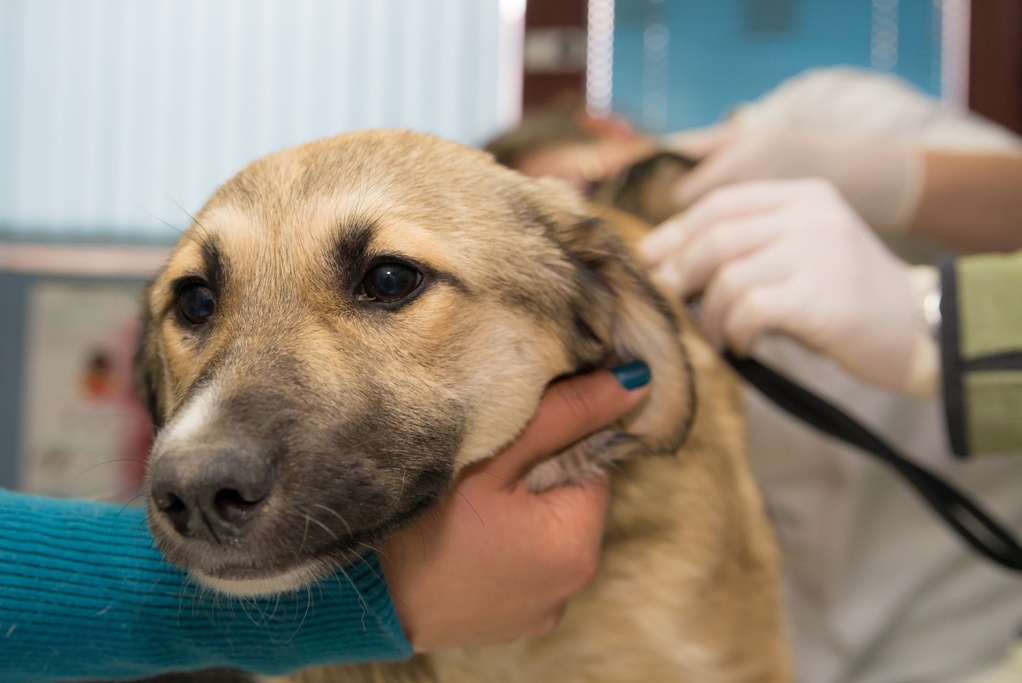 Hemangiosarcoma in dogs is a particularly aggressive malignancy, characterized by its virulent growth and ability to rapidly metastasize.

Unfortunately, most dogs with hemangiosarcomas are diagnosed far too late to offer a positive health prognosis. To remedy this unfortunate situation, more regular screenings are needed, especially when the first signs of hemangiosarcoma appear.

What is canine hemangiosarcoma?

Hemangiosarcoma in dogs is a malignant soft tissue tumor (sarcoma) of vascular origin that develops from the endothelial cells of blood vessels. Because of the nature of hemangiosarcoma, any site in the dog's body can be affected by this cancer - the blood vessels supplying the entire body.

Hemangiosarcomas are also seen more occasionally in the pericardium, liver, lungs, muscles, brain, peritoneum, mouth and bones. Hemangiosarcoma is characterized by its high aggressiveness, which makes it a particularly lethal cancer in dogs.

The tumor grows rapidly and metastasizes just as quickly to invade various organs of the animal, a process facilitated by its hematogenous nature. Indeed, since this tumor develops from blood vessels, the cancerous cells are rapidly disseminated by the blood throughout the body.

This sarcoma metastasizes preferentially to the brain, the liver and the lung, as well as to the organs surrounding the spleen in case of tumor rupture. The animal's vital organs are therefore rapidly affected.

Causes of Hemangiosarcoma in Dogs

As with many cancers, in dogs and humans, the potential causes of hemangiosarcoma are very uncertain. Environmental factors, including exposure to certain toxins (arsenic, androgens, irradiation, dioxide, vinyl chloride, etc.) may be involved.

The increased incidence of cutaneous hemangiosarcoma in light-haired dogs with unpigmented skin and short, medium-density coats suggests the involvement of ultraviolet light. Endocrine (hormonal) factors may also be involved, as well as genetic mutations that alter the expression of tumor suppressor genes.

Age, associated with aging of the body, is a significant risk factor since most hemangiosarcomas occur in dogs over 10 years of age. Certain breeds are also predisposed, such as the Picardy Shepherd, Boxer, Golden Retriever, Greyhound, Labrador, Italian Greyhound and Whippet.

Symptoms of canine hemangiosarcoma can be quite varied and depend greatly on the location of the tumor. In the case of a splenic tumor (located in the spleen), nonspecific symptoms may be observed, resulting in an altered general condition.

The dog may have poor appetite, weight loss, vomiting, difficulty breathing (dyspnea), severe fatigue and generalized weakness, and typically has paler mucous membranes. This type of sarcoma is particularly friable and tumor rupture is common. They result in minor or severe hemorrhage, which can lead to the sudden death of the animal.

If the tumor ruptures, there is pale mucous membrane, tachycardia, weak pulse and abdominal distension due to blood accumulation in the abdomen. This is an absolute veterinary emergency. If the tumor is located in the heart, heart failure and respiratory difficulties may occur, sometimes associated with weight loss.

When the hemangiosarcoma reaches the brain, the dog may present various neurological disorders, such as tremors and convulsions. Cutaneous hemangiosarcomas appear as firm, purple or red masses in the skin or subcutaneous tissue.

Since, unlike internal tumors, cutaneous hemangiosarcoma can be seen with the naked eye by the master, it is usually managed earlier and has a better prognosis. Finally, malignant tumors located in the muscles or bones usually cause functional mobility problems (lameness, difficult movements, etc.) and pain of varying severity.

Treatment of Hemangiosarcoma in Dogs

The most appropriate treatment depends on both the type of hemangiosarcoma diagnosed and the general health of the dog - older dogs may not be able to tolerate surgery. Surgical excision (removal of the tumor) is almost always unavoidable in order to slow the development of the disease, eliminate local pain and avoid the risk of hemorrhagic tumor rupture.

When no metastasis has invaded the dog's body, which is unfortunately extremely rare in visceral hemangiosarcoma, surgery can be curative, i.e., completely cure the dog. It should be noted that the curative goal of surgical removal is more likely to be achieved in the case of cutaneous hemangiosarcoma, as it is often diagnosed earlier, when it has not yet metastasized.

In general, surgery is much more successful when combined with other treatments. On its own, it is more likely to reduce symptoms and improve the animal's comfort level, and is referred to as palliative treatment. Radiation therapy is also commonly used in the management of soft tissue sarcomas, including visceral hemangiosarcoma.

It is successful when the tumor is localized and can be used in addition to or instead of surgical removal. Chemotherapy is the treatment of choice for cancer in both dogs and humans. However, it is only moderately effective in soft tissue sarcomas and is therefore preferred in cases of cutaneous hemangiosarcoma.

This antitumor substance is aimed at destroying rapidly reproducing cells, a characteristic typically found in cancer cells. A wide variety of antitumor molecules can be chosen depending on the animal's profile and the type of hemangiosarcoma diagnosed.

Immunotherapy is a treatment that aims to stimulate the body's own immune defenses to fight the cancer. This type of treatment, in dogs as well as in humans, is still in its infancy, but already offers very promising results. 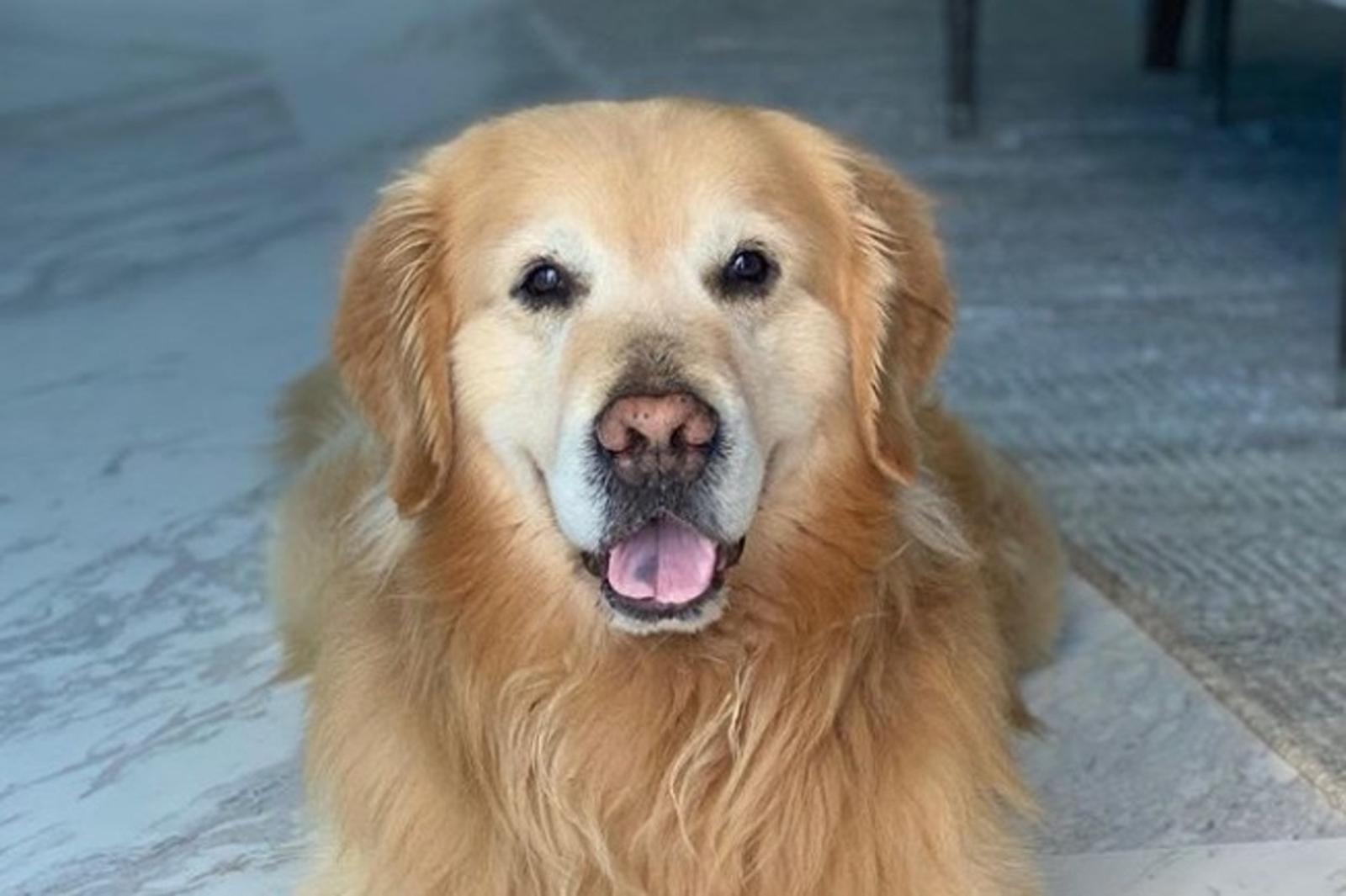 Because of its highly metastatic nature, hemangiosarcoma in dogs unfortunately has a very poor prognosis for the animal. Hemangiosarcoma metastases commonly invade the brain, lungs and liver, all vital organs whose damage has a serious impact on the dog's health.

Nearly a quarter of dogs with splenic tumors also have malignancies in the heart at the time of diagnosis, although it is not always clear which organ was the site of the primary cancer. The high mortality of hemangiosarcoma is closely related to its late diagnosis, which most often occurs when the cancer is already in an advanced clinical stage.

The average life expectancy of dogs with visceral hemangiosarcoma treated solely by surgery ranges from 19 to 86 days. Less than 10% of dogs treated with this method survive for more than a year after surgery. When aggressive treatment is used, such as chemotherapy in addition to surgery, life expectancy increases by an average of 4.5 to 5.8 months. However, the 1-year survival rate remains unchanged.

For dogs with cutaneous hemangiosarcoma, the average life expectancy is 2.1 years after surgical treatment. Additional chemotherapy and immunotherapy can extend the life expectancy of the animal by an average of almost 9 months.

How do I know if my dog has hemangiosarcoma?
Detecting a hemangiosarcoma in your dog is not an easy task, as this tumor is most often visceral, i.e., located in the dog's internal organs and is invisible to the naked eye. In order to detect it early, it is important to pay particular attention to the health of your dog: any slump or alteration in his general condition, even slight, can be a sign of the beginnings of cancer. Cutaneous hemangiosarcoma is easier to spot. It appears as a firm, often red or purplish mass on or under the dog's skin.

Should a dog with hemangiosarcoma be treated?
Many owners decide not to treat their dogs when they are told that they have cancer, because the treatment of this disease seems so tedious and the prognosis is so discouraging. However, a proper treatment can often extend the life of the dog by several months, which is not negligible in terms of the longevity of our dogs. In addition, palliative treatment to control the symptoms and pain caused by your pet's cancer usually significantly improves the quality of life, if not the cure.

Can a dog recover from hemangiosarcoma?
Hemangiosarcoma is unfortunately a very aggressive type of cancer with a poor prognosis. However, it is less severe in some forms, especially skin, in which case a complete cure can be expected when the animal is treated early.

Hemangiosarcoma in dogs is a very serious form of cancer with a high mortality rate due in large part to the fact that it is usually diagnosed late. However, by carefully monitoring your dog's health, it is possible to detect the appearance of a possible sarcoma at an early stage, allowing the animal to benefit from an aggressive treatment with a better prognosis.

A regular check-up at home is therefore an excellent initiative, not forgetting to observe the color of your dog's mucous membranes, an element that can tell you a lot about his health.