Grieving for my dog 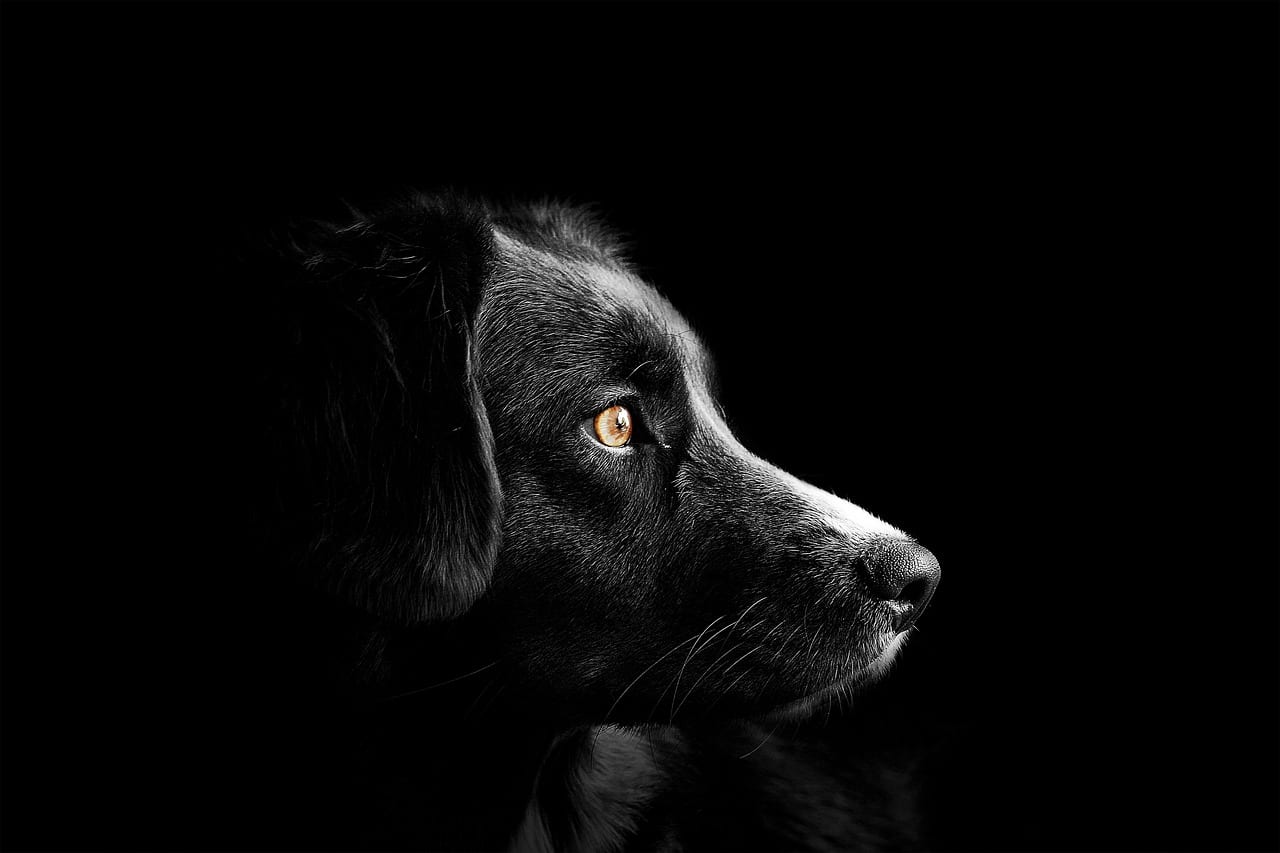 Grieving for my dog

The question of the death of a pet is a delicate subject, but one that nevertheless deserves to be addressed, because, despite its dramatic nature, it unfortunately remains unavoidable.

Living with a dog is a wonderful adventure. Unfortunately, the life expectancy of a dog is much shorter than that of a human, so we are all confronted at some point with the death of our faithful companions. Coping with the death of a companion is never easy, especially when the loss is unpredictable and occurs in the prime of life.

Moreover, even the loss of a senior pet, which has been a lifelong companion, can be extremely difficult to accept despite its predictability. The fact is that there is no easy or difficult way to grieve, as each owner deals with the death of their four-legged friend in their own way, with no right or wrong way.

The stages of mourning for a dog

The mourning of a pet goes through different major phases, similar to those encountered during the loss of a human being. The master is first in shock, paralyzed or petrified by a trauma that prevents him from conceiving the situation and, in particular, from assimilating its definitive and irreversible character.

This period of shock is often accompanied by denial, a phase that consists of not accepting the death of the animal. During this period of denial, the owner may feel revolted, angry and often guilty.

He will, in fact, tend to transfer his feelings of guilt to a third person, generally the veterinarian who will be accused of not having done everything to save the animal. Then comes the depressive phase, during which the owner feels more strongly than before the lack generated by the loss of his pet.

During this period, the owner tends to close in on himself, to internalize his feelings and to have difficulty perceiving the interest of his daily life. Everything will tend to remind him of the lost moments with his four-legged friend, from the smallest everyday gestures, to the elements of his decoration, to the barking of the neighbor's dog... Each of these elements is then likely to revive his pain and sadness.

After these difficult times comes acceptance, which leads the master to consolation and comfort. Only time can soften the pain of mourning, give the master a taste for life and allow him to envisage a future without his beloved companion.

Expressing grief over the death of a dog

Expressing grief over the loss of a loved one is particularly complex, but it can be even harder when it is a dog, because owners tend to feel judged by other humans who do not feel as much empathy for animals. For some people, it is inconceivable that they would feel as sad about the death of their dog as they do about the death of their uncle, whereas for many owners, their dog is a true member of the family, whom they care about like the apple of their eye.

Many owners feel guilty for feeling such grief at the death of their four-legged companions and are aware of the judgment that others make of them. However, it is important to try to get past this fear of judgment and to be able to let go of the empathy you had for your pet.

You have every right to mourn your dog, just as you had every right to consider him or her a dear and integral part of your family. You do not have to hold back your grief for fear of upsetting your peers who enjoy the company of dogs in a very different way.

This can make grieving all the more difficult, but sometimes it is necessary to face the misunderstanding that your sadness generates in others in order to get their comfort. An alternative is to confide in someone who can understand your pain, for example, someone who shares the same kind of closeness with their dog as you had with your companion.

Sharing common feelings with someone who has already gone through the difficult process of grieving the loss of their pet, or with someone who is extremely attached to their dog and dreads the thought of their loss, can be a life-saving support. It is often with owners who understand your attachment to your late dog that you will find true support and avoid the self-righteous, but very hurtful, remarks such as the common "It's not like you lost a parent or a child...".

Getting help to cope with the loss of your dog

When your grief is particularly difficult, or when you are simply looking for a way to ease your pain, you can turn to self-help associations or grief professionals. Meeting with a psychologist can be a good alternative when a bereavement proves to be complicated, especially since there are professionals who specialize in accompanying owners who are grieving the loss of their pet.

Online platforms, forums or dedicated sites have also been designed to allow Internet users to come together to pay virtual tribute to their faithful companions and share their feelings, emotions, memories and support. The support of a loved one is often the best remedy against depression, so I advise you not to hesitate to turn to your friends or family, even if it means finding the strength to explain to them that your pet is not interchangeable, that you are suffering and that your pain is not ridiculous. 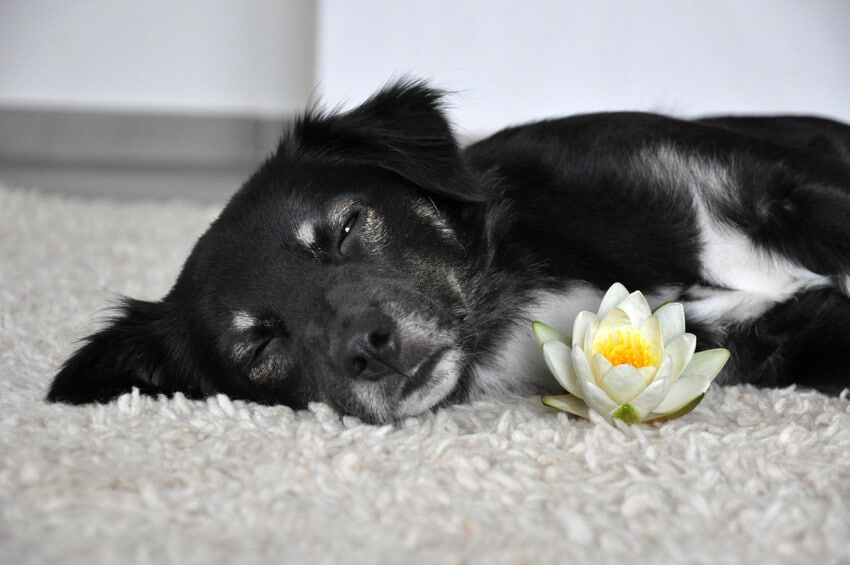 Many owners are reluctant to take back a dog after the loss of their companion, while others cannot imagine living with a dog other than the one that accompanied them for years. The question of whether or not to take back an animal is indeed important, both for the owner and for the new dog.

The Replacement Dog Syndrome manifests itself as a set of mental and physical disorders, developed by animals that fail to bond with their owners, who live in the memory of their deceased dog. Symptoms of this syndrome include a deep anxiety due to the impossibility for the dog to adapt to its new environment, because its owner does not fulfill the role of stability figure that he should be.

Indeed, the grieving owner, who still idealizes his dog, does not succeed - often unconsciously - in considering his new companion as a proper being, but spends his time comparing him to his old dog. The owner will, for example, tend to keep the habits he had with his old companion without imagining that these habits cannot be understood or, quite simply, suit his new dog.

The new animal will then have difficulty communicating with its owner, a problem that is all the more present when the sight or contact with the new animal is painful for the owner, because it reminds him of his old companion. The dog will then not understand why he perceives distress in his owner by simple contact, especially in situations where the contact should bring joy.

The relationship between the owner and the dog is not reassuring for the animal, and does not allow it to create a reference point - a refuge - intended as a starting point in the exploration of its environment, which causes it great anxiety. The first symptoms that occur are skin, digestive and urinary disorders - replacement dogs are particularly prone to uncleanliness.

The replacement dog will then begin to withdraw into itself, not daring to explore its environment, because it is gripped by a feeling of insecurity due to the lack of opportunity to bond with its owner. Gradually, the dog stops communicating and even becomes petrified, and may be much more playful with strangers than with its owner. This tends to reinforce the sadness of the owner, who misses his old companion all the more, which ends up anchoring the owner/dog relationship in a vicious circle.

What are the stages of mourning for a dog?
As with humans, an owner who has lost his or her dog will go through several stages, including shock, denial, depression and then acceptance.

How to better cope with the death of your dog?
It is important to have the support of your loved ones or a health care professional when you lose your pet. Try to find someone to talk to, if possible, who feels the same attachment to his or her dog as you do or who understands your pain. You can also turn to virtual communities that gather on online platforms or forums to share their grief experiences and provide mutual support.

How do I talk to my family about my dog's death?
As hard as it may be, it is important that you find the strength to make your loved ones understand that the loss of your pet is not insignificant, and that your distress is not ridiculous. Some kind-hearted people will try to console you by saying that the death of the animal is much less serious than that of a human, which will tend to make you feel unfairly guilty. You have the right to care about your pet as a member of your family and to feel sadder than ever when the day comes for your pet to die.

Is it a good idea to take in a pet after your dog dies?
Taking in a pet after the death of a dog is always a delicate matter, both for the owner and the new pet. There is a common disorder, the Replacement Dog Syndrome, that many pets have when they are unable to form a healthy relationship with their new owner, who remains obsessed with the idealized memory of his former pet. For the well-being of your future companion, it is therefore very important to be well prepared before adopting a new pet and to be aware that your distress and sadness can alter its physical and mental health.

Losing a dog is far from easy and can sometimes be worse than losing a human for some owners. In order to overcome grief, it is important to be aware that the sadness felt at the death of a pet is natural and should never be suppressed.

Even if it is difficult to feel understood and to succeed in talking about your deep pain without feeling judged by those who think that the death of an animal is never as tragic as that of a human, it is important to succeed in finding support, a person to whom you can express your distress.