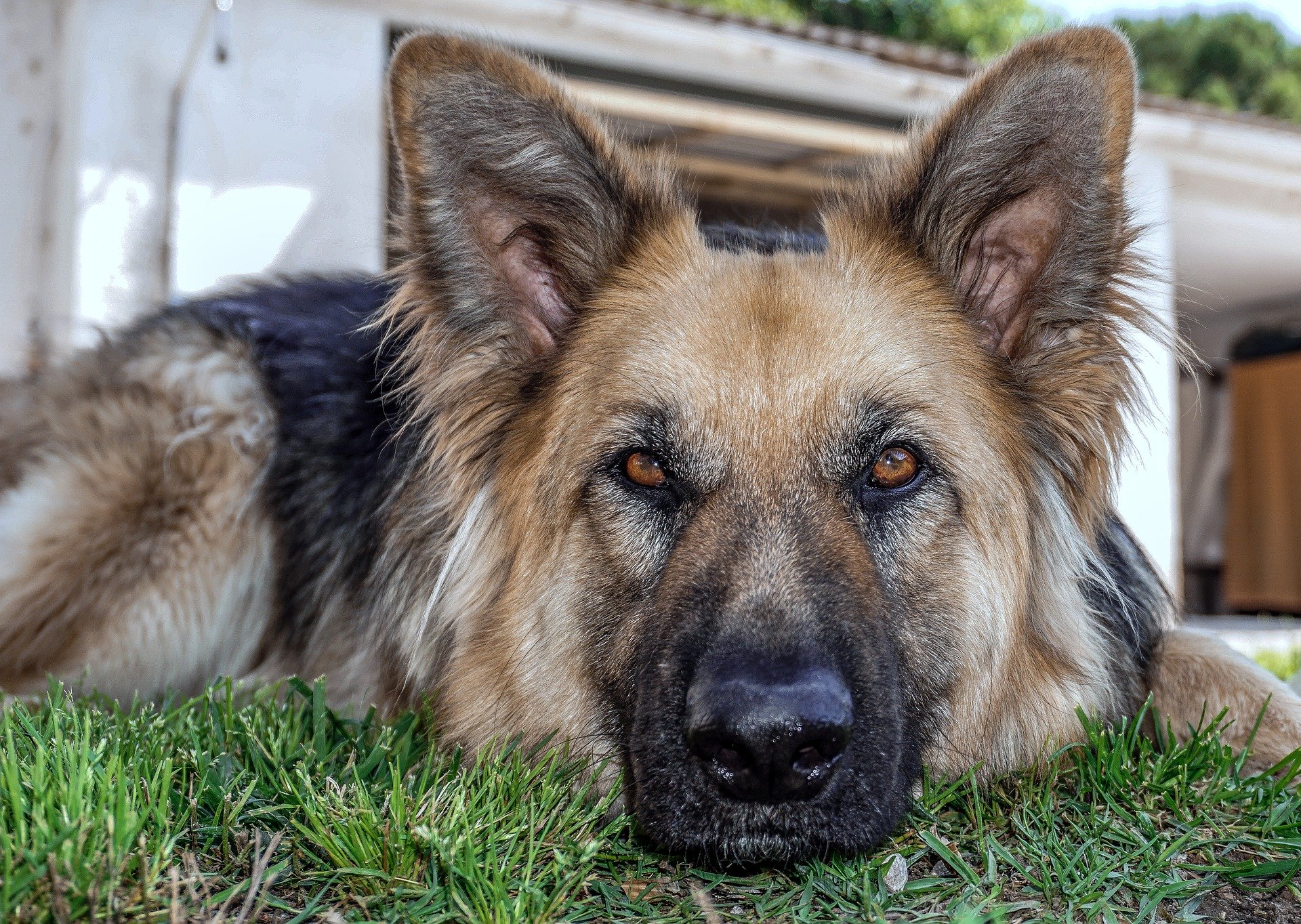 We hear a lot about dysplasia in dogs, especially hip dysplasia, a condition that is very common in our four-legged friends.

Contrary to popular belief, hip dysplasia is not only caused by hereditary factors, and it is possible to prevent its occurrence in some dogs by adopting some basic good practices. To know everything about dysplasia in dogs, its most common forms, its treatments and the best ways to prevent it, I propose you a small overview on the subject.

What is dysplasia in dogs?

Dysplasia, in dogs as in all other animals - including humans, is a malformation of one or more organs or bones due to an abnormality in their development. Any part of the body can be affected, but in dogs, joint dysplasia is the most common, especially of the hip and elbow.

The organ affected by dysplasia is deformed and will tend to perform its functions poorly or even deteriorate and not function at all. In the case of joint dysplasia, there is often an erosion of the joints that causes pain and mobility problems.

Since there are as many types of dysplasia as there are organs in a dog's body, it is impossible to define symptoms or treatments for all of the disorders caused by this type of condition. It goes without saying that a dog with renal dysplasia will not have the same disorders as a dog with joint dysplasia.

The different types of dysplasia in dogs

All organs of the dog can be affected by a dysplasia, but some are more frequently affected by this malformation. Some dysplasias are more widespread than others, like those of the hip and the elbow.

Joint dysplasias, as their name indicates, affect the joints of the dog, altering its mobility. Hip dysplasia and elbow dysplasia are among the most common conditions in medium and large dogs, while patella luxation, often due to knee dysplasia, is more common in small dogs.

Moreover, dysplasias can be cumulative, as it is the case of oculoskeletal dysplasias in which bone and/or joint deformities are associated with retinal dysplasia.

Let's take a closer look at hip dysplasia, the most common condition in our four-legged friends. The hip is the joint that connects the dog's hind legs to its pelvis: it is formed by the pelvic cavity (acetabulum) into which the head of the dog's femoral bone (femur) fits.

It is a joint that is highly solicited in a large number of postures and varied movements, and needs to remain stable to allow the animal to maintain a good mobility for life. In the case of dysplasia, the hip joint is healthy at the time of birth of the puppy and becomes progressively deformed throughout its life.

Initially, the animal is born with a hyperlaxity of the hip joint which causes an abnormal play in the joint: the head of the femur and the hollow of the acetabulum are not correctly brought together by the ligaments. In fact, the dog's movements tend to deteriorate the joint little by little through abnormal friction, generating an inflammation of the cartilages, ligaments and bones of the hip.

This leads to the development of secondary osteoarthritis, the severity and prognosis of which varies from one dog to another.

Causes of hip dysplasia in dogs

The real name is "coxofemoral dysplasia". This anomaly affects mainly dogs with rapid growth, i.e. large dogs. There is a hereditary factor, but not congenital. This means that puppies are born with healthy hips, but are susceptible to developing abnormalities if they carry certain genes. However, many dogs with a genotype that predisposes them to hip dysplasia never develop the condition.

Therefore, although a hereditary factor is known to exist, it is not decisive and environmental factors are much more strongly involved in its occurrence and development. The physical activity of the dog during its growth period plays an important role in the development of the joints and bones that make up its skeleton. In fact, too much activity during the growing period favors the appearance of hip dysplasia, especially in large and medium-sized dogs.

Intense activity puts a lot of stress on the joint, which is still very malleable during skeletal growth and therefore more susceptible to deformity. Diet and weight are also aspects that can play in favor of hip dysplasia, as excess or deficiency of minerals and vitamins can alter the development of the skeleton. Obesity, overweight and rapid weight gain are all factors that can deform the dog's joints and lead to hip dysplasia.

Symptoms of hip dysplasia in dogs

Hip dysplasia in dogs does not cause any specific symptoms, although there are some signs that can alert owners. The physical appearance of a dog can be a clue to the presence of hip dysplasia: poorly muscled buttocks, a low hindquarters and prominent pelvic bones can often be observed.

In more advanced cases, a difficult gait, signs of stiffness when the dog stands or lies down, or lameness may be present. In the puppy, a wobbly gait or abnormal movement is more likely to be observed, with the young dog bringing both hind legs forward at the same time with each step instead of one by one.

The dog with dysplasia may also show non-specific symptoms, especially when in pain, such as depression, apathy, anorexia, aggression or any other behavioral disorder. However, the signs mentioned above do not allow the owner to make a diagnosis, which can only be made by a veterinarian.

After examining the animal and taking note of your observations, the veterinarian will decide if your dog is likely to have hip dysplasia. If so, he will schedule an x-ray to get a visual of the condition of your pet's hips and the extent of any lesions. 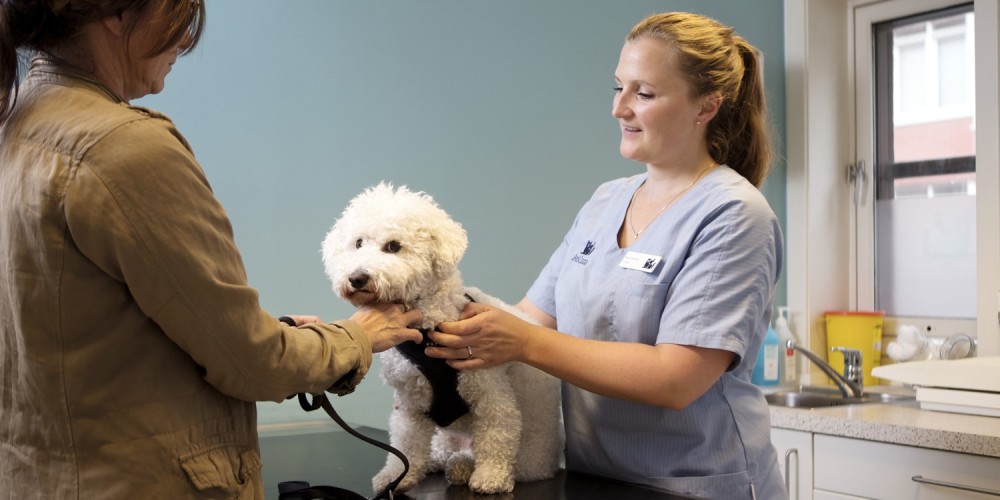 Hip dysplasia is not a life-threatening emergency in dogs, but it deserves to be treated so that the animal does not suffer in silence and gradually lose its mobility until it can no longer walk. The treatment can only be implemented by a veterinarian and is done on a case by case basis depending on the general health of the dog, its age and lifestyle, as well as the extent of the lesions and their presumed evolution.

In the mildest cases, a simple improvement in lifestyle can be prescribed to prevent the dog from gaining weight and to ensure a healthy diet that meets the needs of its bones. Strengthening exercises can also be recommended, as a good pelvic musculature can completely compensate for the weakness of the ligaments.

In case of severe pain, a course of painkillers or anti-inflammatory drugs can be started to control the pain felt by the animal. In this situation, a hip surgery is often considered, either to obtain a complete healing (in young puppies), or to eliminate the pain for good (preferred solution in adult dogs).

Of the dog breeds most likely to develop hip dysplasia, the Rottweiler is at the top of the list. According to veterinary observations made between 2000 and 2003, almost a quarter of Rottweiler dogs (23.9%) had this malformation.

The same study reported that hip dysplasia was found in 13.5% of Bernese Mountain Dogs and in 6.1% of Brie Shepherds, which were awarded the silver and copper medals respectively.

The Belgian Shepherd, the Golden Retriever, the Labrador, the Great Dane and the Husky are not left out either and appear in the 10 most represented breeds of the ranking. In addition to the above study, veterinarians generally agree that large dogs are the most prone to hip dysplasia, and even more so when they are as massive as they are tall.

Thus, the Leonberg, the Newfoundland, the Mastiff, the Tosa, the St. Bernard and all large molosses could be more prone than others to develop this anomaly.

However, it should also be noted that physical activity is a very important factor in the development and worsening of dysplasia, so much so that some dogs with dysplasia - and who do not simply carry the genes for its development - never develop symptoms.

Very large dogs, such as Mastiffs and Great Danes, tend to be much more placid than medium-sized or slender dogs, such as the Belgian Shepherd.

In fact, they are not always the most burdened by this pathology, when a young Golden Retriever bursting with energy will soon aggravate his case by acting crazy in his young age...

How do I know if my dog has hip dysplasia?
A dog that limps, seems to have a stiff lower back or has an unusual gait does not necessarily have hip dysplasia. The only way to diagnose it is to go to a veterinarian.

Can hip dysplasia be cured?
Hip dysplasia is not curable without surgery. It is not a disease that can be cured, but a deformity of the dog's joint.

What factors can cause hip dysplasia?
Too much physical activity during the puppy's growth period is an aggravating factor, risking to trigger a deformation of the hip in predisposed dogs. Poor nutrition, unhealthy lifestyle and weak pelvic muscles are also factors that can lead to this type of problem.

Is hip dysplasia hereditary?
Yes, hip dysplasia is hereditary, but not congenital, which means that the puppy is not born with deformed hips. A dog with a hereditary predisposition will be more likely to develop this condition, but dysplasia will not necessarily occur.

Hip dysplasia, the most well known of all, is a condition that is unfortunately very common in our dog friends and can have serious consequences on their well-being and health. The repeated pain caused by this deformity and the difficulties of the dog to move can, indeed, make him suffer physically and weigh heavily on his morale and his mental balance.

Fortunately, veterinary medicine continues to progress and there are now many surgical treatments that can greatly improve the life of a dog with dysplasia.