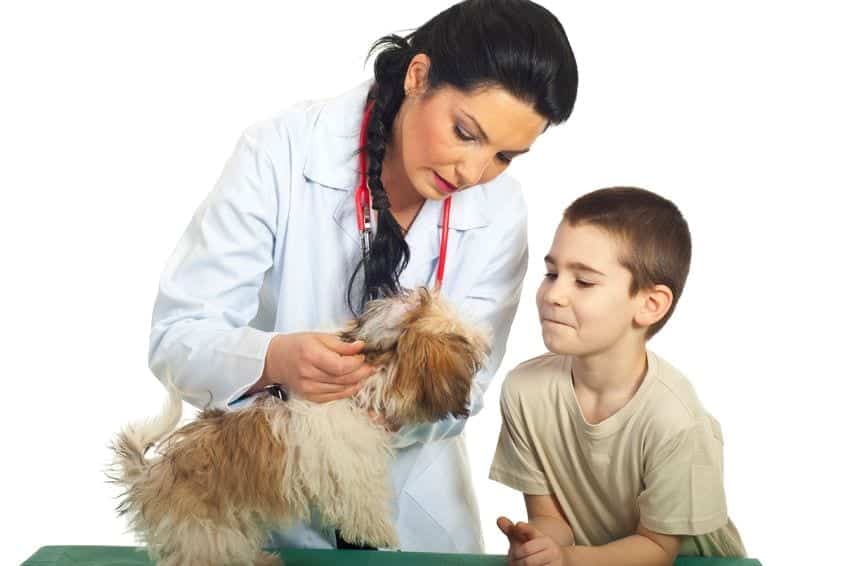 As its name indicates, deworming allows you to treat your pet against worms and thus protect its health. I propose you here to detail everything you need to know about deworming before offering it to your dog.

What is a dewormer and what is it used for, but also the different risks that your dog (and you) would incur in case of non-worming, the frequency and the different models of dewormer ...

You will be able to choose the best dewormer for your dog after this article. Having tested and analyzed a good number of dewormers for dogs, I can now recommend two particularly effective products: Milbemax and Veloxa.

What is deworming and what is it for?

The deworming, whether it is of any form (we will see it later) is a regular treatment allowing to fight against the infestation of worms in the organism of your dog. If your dog is already "contaminated", then deworming will eliminate all internal parasites (i.e. worms) by natural means.

You should never replace the deworming with a flea control product (which does not have the same virtues). Indeed, flea products and deworming products are complementary, in no case they can replace each other.

Another common idea is to consider that the dog has been "dewormed" by eating grass: NO! This is of course not enough and is absolutely not an adequate protection against worms.

Deworming your dog also serves to protect the whole household: animals and humans included. Indeed, some internal parasites are transmissible from animals to humans and can sometimes have serious consequences (such as Lyme disease or leptospirosis), especially on fragile people (children, elderly people, etc.).

For optimal protection, you can also deworm the members of your household at the same time as your dog and all other animals in your home. It's no secret that dogs love to lick their behinds and sometimes even eat their friends' excrement...

Well, when your dog does this and then decides to lick you, if he is infected with worms, he will deposit worm eggs and larvae on your cheek (in addition to his drool and leftover animal excrement). Enjoy your meal!

Let's summarize the different situations in which your dog can get worms:

• By eating the excrements of his fellow dogs or other species.
• By fleas and ticks, it is therefore very important to offer your pet both a regular deworming but also a protection against ticks and fleas.
• Through the mother if she is not dewormed before the mating, at the time of the birth as well as during the nursing, that is to say every 15 days until the 2 months of the litter.
• Through other animals (especially rodents).

The risks of not deworming

Not deworming can lead to serious health problems for your dog due to worm infestation in his body. In many cases, the worms are intestinal, but they can also attack the lungs, heart and muscles of your pet.

In addition, your dog may have respiratory and digestive problems if he is not dewormed regularly. Some puppies may even suffer from stunted growth if not dewormed.

Finally, in extreme cases, be aware that a massive appearance of worms in your pet's body (especially if the worms are nesting in its lungs or heart) can lead to the death of your dog.

Also, note that whether you live in the city or the country, your dog will never be 100% immune to worms if it is not treated regularly (naturally or chemically).

Even if you lock your dog up in your house, without any other dogs, without any garden, without anyone (which is impossible in practice, we agree), he could still be contaminated. The eggs and larvae of worms are microscopic and nest everywhere!

Visible symptoms of a worm infestation in your dog's body:

• Your dog will have a tendency to scratch his buttocks on the floor, this is a sign of a weak contamination, it will be enough to give him regularly an adapted treatment against worms. It will be necessary to take care not to reproduce this negligence in order not to arrive there again.

• If your dog's stomach is swollen and very hard, you should be concerned and consult your veterinarian quickly because this could mean that the number of worms in his body is high!

• Also, be careful if your dog is constantly hungry and never feels full. Of course, you must observe a change in your dog's eating habits to be concerned. There is no need to be alarmed if your dog has always been a walking canine!

How often should I deworm?

• For puppies: Deworming helps prevent possible diseases caused by worms. Even if your puppy seems to be in good health, he remains fragile and prevention remains your main ally to ensure a good anti-parasitic protection and thus a good health. Until your puppy is 3 months old: deworming every 2 weeks. Between the 3 and 6 months of your puppy: deworming every month

• For adult dogs: Even after 6 months, it is advisable and even strongly recommended to deworm your pet regularly, whatever his lifestyle. There is only a difference in frequency, but the regularity will remain present and necessary.

If your dog meets a lot of other dogs, eats everything he finds while walking, especially excrement, or if you have "fragile" people in your home (such as children, for example): deworm at least 4 times a year, i.e. every 3 months. Otherwise, in general, it is advised to proceed to a deworming on average 2 to 3 times a year 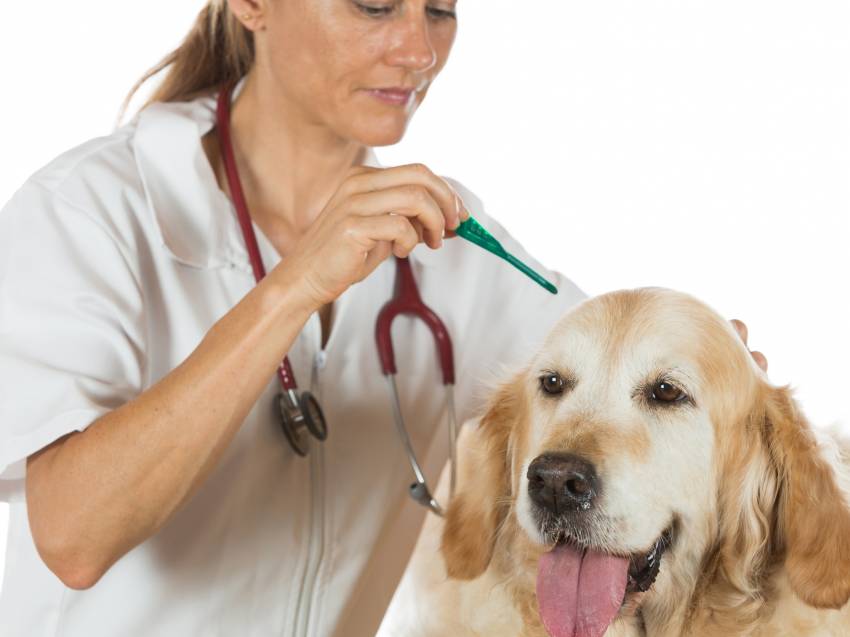 How to choose the best dewormer?

There are many dewormers available and not all of them have the best protection against all worms. And yes, you should be well informed and consult your veterinarian before making your choice.

But to make sure you choose the best dewormer, just take the product that will protect your dog from a maximum of worms (round and flat). The most important ones are:

- Nematodes, which are round worms
- Cestodes (commonly called tapeworms), which are flatworms

The different forms of deworming

• Liquid injections, using a pipette: This is by far the most used form of deworming due to its ease of administration. Indeed, it is done quickly and therefore without stressing your animal. The injection is made at the level of the neck of the dog to be sure that it does not lick the product.

• Swallowable tablets: Many manufacturers have redesigned their products and have made the tablets more palatable so that dogs can take them more easily. Nevertheless, I recommend this method of administration for "cool" dogs that do not have negative reactions during handling. The master will have to insert the tablet in the back of the throat to be sure that the dog does not spit it out.

• Pasta: This method of administration is suitable for dogs who are not very concerned about what is in their food bowl and therefore very greedy. Indeed, it will be a question of depositing the paste in the bowl, with the food of the dog or directly in the mouth of your animal using a pipette.

• Injections: These must be carried out by a veterinarian (hence the lack of awareness), this concerns dogs that are really recalcitrant or difficult to approach. This method of administration is also often used for massively infected dogs.

So there are different forms of deworming, as we have seen, and you are spoilt for choice. But you should also know that there are natural dewormers, like garlic for example.

For all collie type breeds (Border Collie, Australian Shepherd, to name a few), be careful because some dogs may be allergic to certain products (deworming, morphine, etc.). It is strongly recommended to ask your veterinarian to proceed to an analysis which will allow to know if your dog is carrier of the MDR1 gene.

If you have young children, you must deworm your pet every 2 months.

If you have a pregnant bitch, don't forget: deworming during mating, after whelping and then every 15 days during nursing. This is very important because she could transmit parasites to the puppies of the litter through the excrements but also during the feeding.

If you put your dog in a boarding kennel during the vacations, don't forget to deworm him before his arrival there and if you have recovered a dog from a shelter, don't wait before deworming him, while asking the people at the shelter to know if the last injection was at least 4 weeks old.

Never deworm your pet more than once a month. Always wait at least 4 weeks between each deworming.

If you are going abroad, don't forget to deworm your dog beforehand. Some countries, such as the United Kingdom, may ask you for proof of worming.