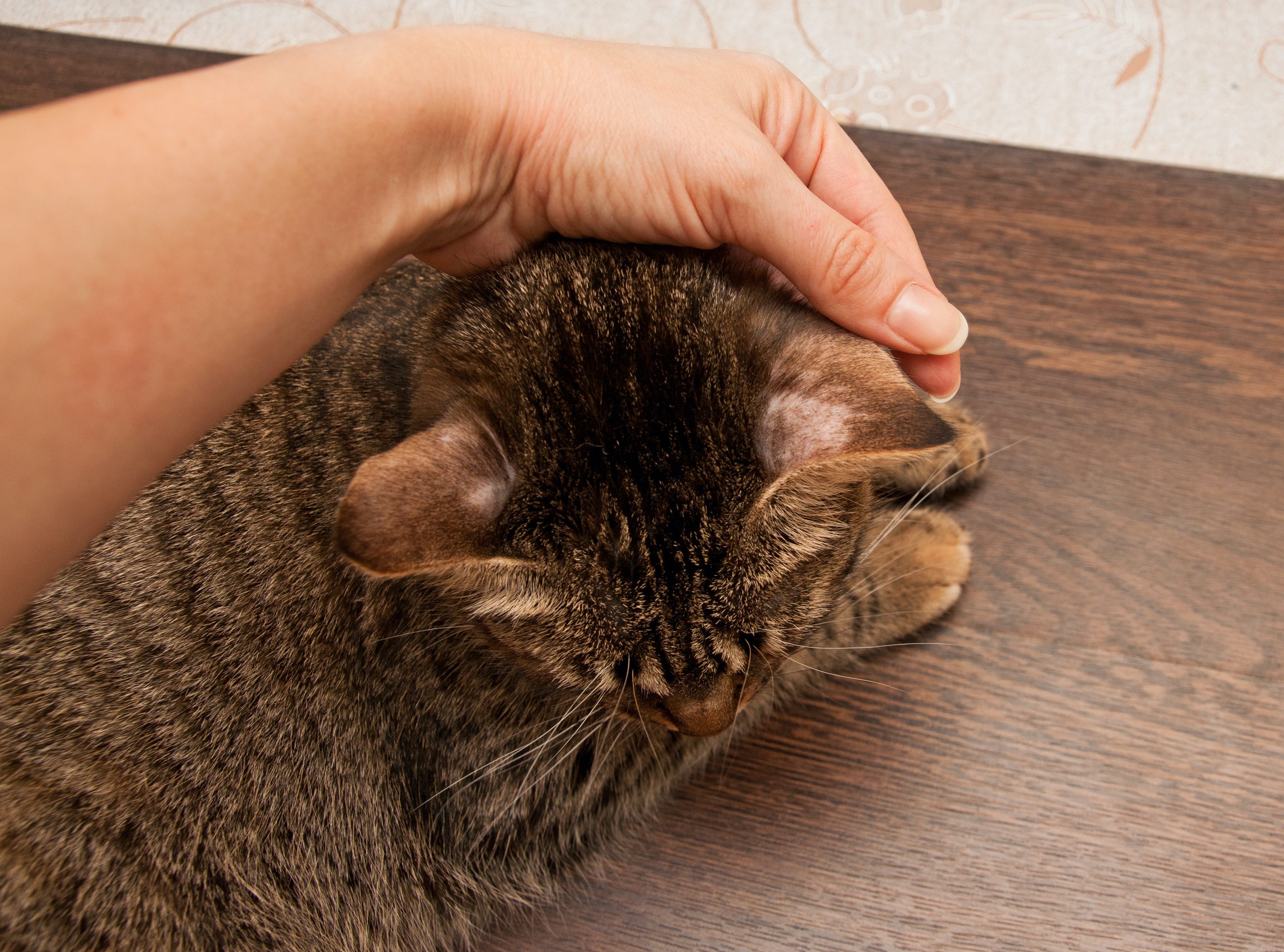 Ringworm in cats is a condition caused by a dermatophyte, a microscopic fungus that causes skin problems. This disease can affect your cat, your dog, any other pet, as well as yourself. A suspicion of ringworm should be taken very seriously and treated.

Ringworm is a dermatological condition caused by the proliferation of microscopic fungi in the skin and hair: dermatophytes, so it is a mycosis.

Several agents of ringworm can affect cats and other animals (including humans). The most common fungus in dogs and cats is called Microsporum canis.

This fungus is brought in by the contaminated environment (spores can survive up to one year in the outside environment) as well as by the cat's accessories, by humans or by other carrier animals (some animals can be healthy carriers, i.e. without symptoms).

It is therefore important to disinfect everything in contact with the infected animal, to wash hands after handling the animal and to use a fungicidal treatment in the house (fumigants).

Ringworm is not a serious disease, in the sense that it is not life threatening, but it is very annoying because it is difficult to get rid of and it is very contagious.

How to recognize ringworm?

Fungus enters the skin through micro-injuries such as insect bites. This is why anti-parasite control allows to limit the infection.

The multiplication and appearance of lesions occurs in certain susceptible individuals. The causes of individual susceptibility are not yet well known.

However, certain causes such as nutritional deficiencies, digestive parasitism, environmental changes and stress in general, explain a drop in immune defenses which is probably partly responsible for the development of the disease.

The signs of ringworm can be diverse and varied. The typical lesion is a depilation (hairless area), sometimes scaly, die-cut (more or less round) in the coat with a diameter of 1 to 8 cm. The lesions are located all over the body with a greater frequency on the back and towards the head.

There are other more confusing forms such as :

Does ringworm itch? No, the cat does not usually scratch, there is no itching. Ringworm does not affect the general condition of the animal either (its appetite is well preserved, it is in good shape).

Is ringworm contagious? Yes, it is a very contagious disease between cats, between carnivores but also for humans, which makes ringworm an annoying zoonosis.

In humans a typical lesion of ringworm transmitted by the cat for example is called herpes circine or St. Catherine's wheel. It appears on the hairless skin as a pinkish round spot with a red border, which may have a peeling appearance and sometimes scabs on the periphery. If you notice such lesions, you should consult a physician or dermatologist. 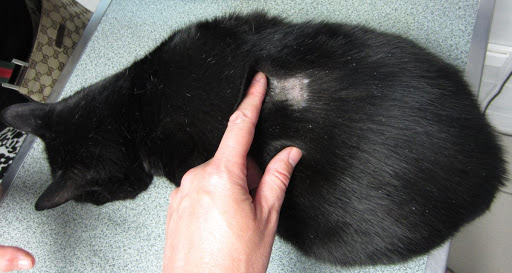 How to treat and get rid of ringworm?

First of all, it is necessary to establish the diagnosis. The clinical suspicion is established on the aspect of the lesions. Then, the veterinarian proceeds to an experimental diagnosis which can be done with the help of 4 examinations:

There are animals that are healthy carriers of ringworm (i.e. without lesions). Your veterinarian will be able to take samples and possibly a culture to identify the exact agent involved.

The treatment of ringworm is often long and requires local and general care. The treatment of the animal itself must be rigorous and it is advisable to treat all animals living together whether they have lesions or not.

- On localized lesions, local fungicide treatments are used.
- In parallel, an antifungal agent can be given orally.

The duration of treatment is on average 3 to 5 weeks minimum. Environmental treatment is an essential part of prophylaxis because spores can survive for up to a year.

Regular and thorough vacuuming, burning of vacuum bags, and bleach or chlorhexidine treatment of surfaces are required.

Any items that may be contaminated (cushions, grooming equipment, blankets, etc.) should also be disinfected by boiling and washing with bleach or chlorhexidine.

Lastly, there are fumigants that can be very useful for the general disinfection of the premises.