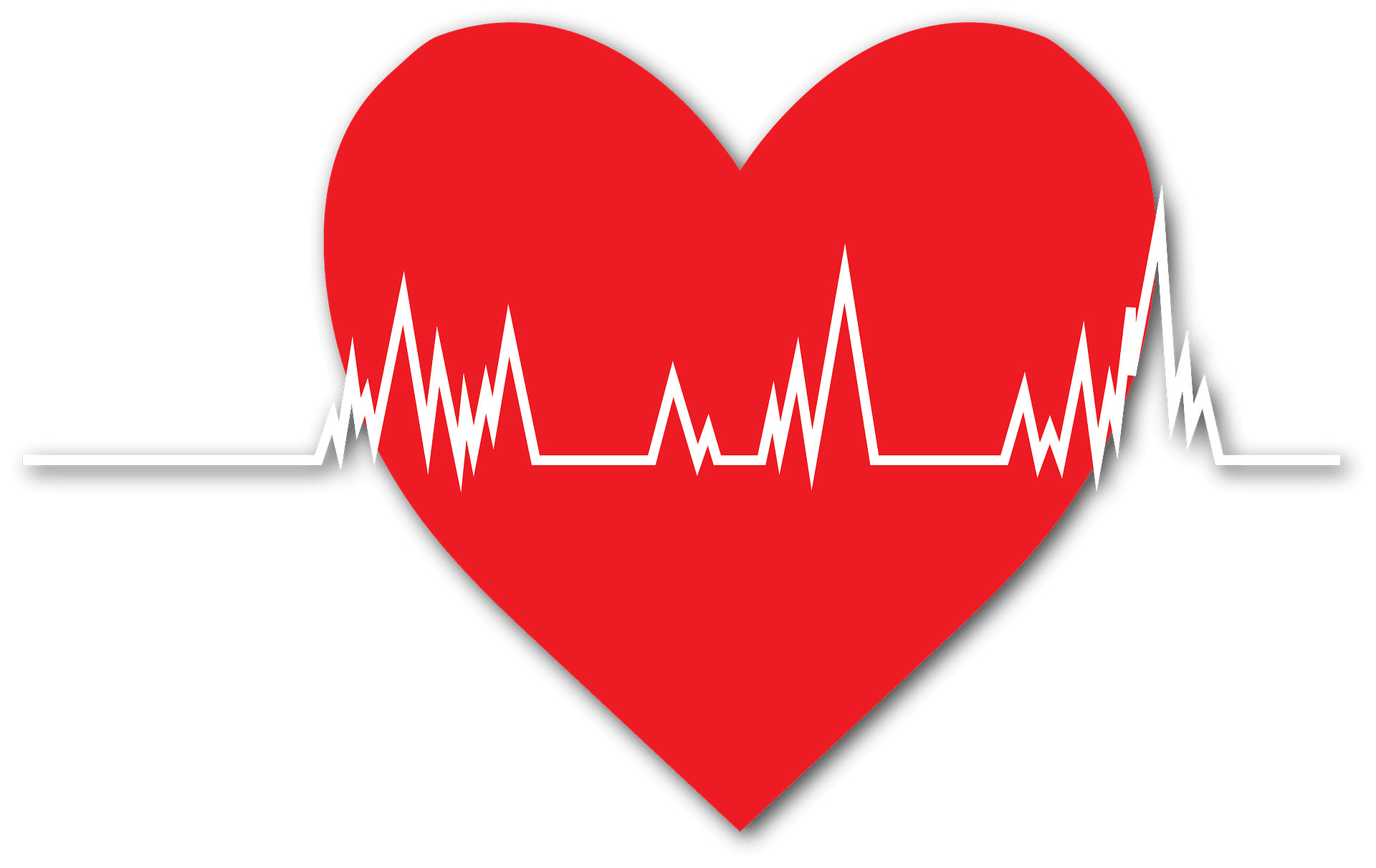 Cardiac arrest in dogs is fortunately rare, but it does take the lives of thousands of animals every year.

However, a dog in cardiac arrest is not doomed, and it is possible to help him by diagnosing his problem in time and acting quickly. In order to be prepared to face any situation and thus ensure the health of your dog, here are some indications on cardiac arrest in dogs, how to recognize it and how to take care of it.

What is cardiac arrest in dogs?

In dogs, a natural bypass is created when a vessel becomes blocked, allowing blood to continue to flow and making heart attacks extremely rare. However, cardiac arrest can be caused by other disorders.

Cardiomyopathies, which can be caused by a variety of conditions.

Cardiac arrest, like cardiomyopathies, should therefore not be mistaken for a disease: it is, in fact, a syndrome, i.e. a set of symptoms.

It manifests itself by the sudden stop of the heart and respiratory functions, causing the collapse of the animal. Without effective care in the minutes following a cardiac arrest, the dog unfortunately succumbs.

What causes cardiac arrest in dogs?

In 90% of cases, cardiac arrest in dogs is idiopathic, meaning that it is impossible to determine the cause. An abnormal contraction of the heart, a heart rate that is too high or too low, or a decrease in blood flow to the heart muscle can lead to cardiorespiratory arrest.

This syndrome can occur as a result of viral or bacterial infection, poisoning, immune deficiency or hormonal dysfunction. There could also be hereditary and genetic factors explaining the predisposition of certain breeds to cardiac diseases and syndromes.

Indeed, there is a higher occurrence of cardiomyopathy syndrome in large dogs or the so-called giant varieties of certain breeds. The Doberman, the Boxer and the Cocker spaniel are predisposed to a particular form of the syndrome: Arythmogenic Right Ventricular Cardiomyopathy.

Finally, trauma, intoxication, electrocution or drowning can also be the cause of cardiorespiratory arrest.

What are the symptoms of cardiac arrest in dogs?

Symptoms of impending cardiopulmonary arrest are unfortunately delayed and non-specific to the syndrome, making it particularly difficult to anticipate. Most dogs may show unusual fatigue, loss of energy and rapid exhaustion during play and walks.

In more severe forms of cardiac syndromes, the sudden onset of breathing difficulties, malaise, fluid in the abdomen, coughing or anorexia are indicative. Finally, any cardiac abnormality can be a sign of cardiac arrest, which generally occurs as the evolution of previous syndromes or diseases.

Thus, a cardiac arrhythmia, a weak pulse, a heart murmur or tachycardia are all elements that should alert a veterinarian to a possible cardiac condition in your dog.

What should I do if my dog goes into cardiac arrest?

A cardiac arrest in a dog is an absolute emergency, and the best thing to do is to take him to a veterinarian as soon as possible to give him the best chance of survival.

My dog is conscious
Get to the nearest veterinarian or 24-hour emergency room as soon as possible. If you can let the veterinary facility know that you are on your way, it's even better, as this will allow the veterinary staff to prepare to take care of your dog as soon as you get there. Do not attempt to give your dog water or food, as this may result in involuntary suffocation. Instead, wrap him in a blanket and try to reassure him in any way you can while you go to the nearest veterinarian.

My dog is unconscious
If you are not trained in cardiac resuscitation on dogs, it is strongly recommended that you do not attempt to give your pet CPR in case you have the opportunity to take him to a veterinarian quickly. If not done properly, CPR can make the situation much worse and cause serious damage to your pet. However, it is sometimes necessary to attempt resuscitation if your dog is not breathing and his heart is not beating (sudden death), and the nearest veterinarian is more than 10 minutes away from where you are.

First of all, be sure that you are dealing with a cardiorespiratory arrest, because a dog can lose consciousness for other reasons (hypoglycemia, heat stroke) for which cardiac massage is not indicated. To do this, make sure your dog has no pulse and no respiratory movement. You can take his pulse by placing your index and middle fingers on the inside of his thighs, where there is less hair and where the femoral artery is located.

For breathing, place an ice pack in front of his muzzle and try to detect the formation of mist: if no mist forms, the animal is not breathing. If your pet is indeed in cardiopulmonary arrest, quickly start the resuscitation maneuver: every second counts!

Make sure your pet's airway is clear and pull your dog's tongue out of its mouth. Position your dog on his right side, place your hands between his 3rd and 6th ribs, and squeeze twice a second.

If your dog is small, use two fingers to perform the massage, if it is medium, use all your fingers, and if it is large, use the palm of your hand. The usefulness of mouth-to-mouth resuscitation is increasingly being discussed in both dogs and humans.

If you can get someone to assist you with the maneuver, they can take over the task of filling your dog's lungs with air by holding his mouth closed and blowing into his nose. Air should be breathed in twice every 30 breaths, without overfilling the dog's lungs to avoid damaging them.

If you are alone to perform the maneuver, concentrate on the vital cardiac massage and only attempt mouth to nose breathing if you are comfortable. Even if your dog regains consciousness after CPR, it is still necessary to rush him to a veterinarian. 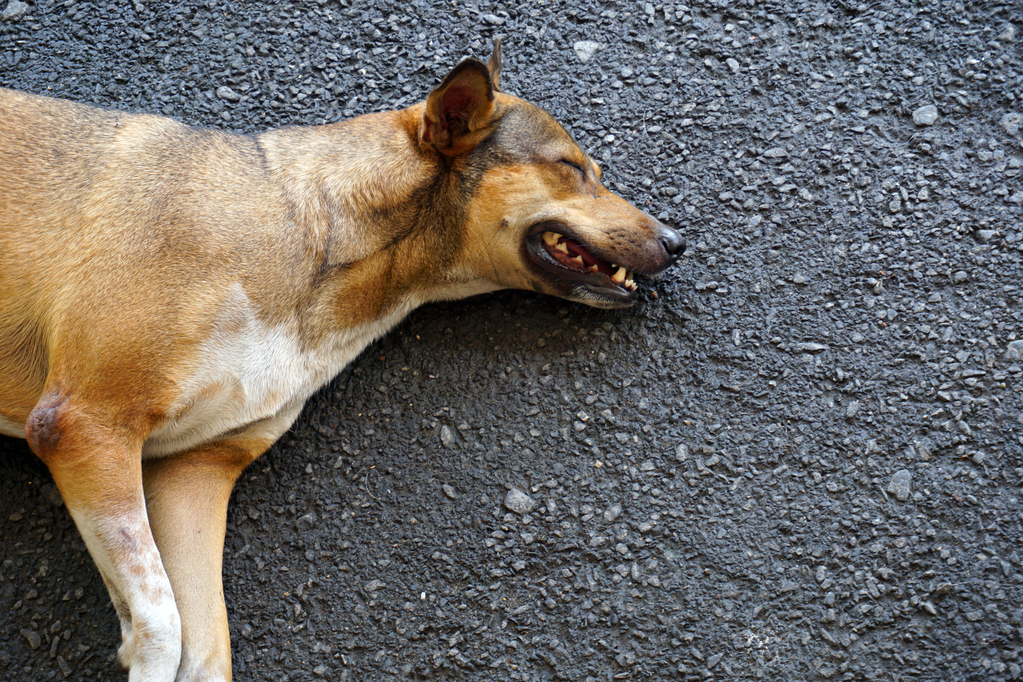 How to recognize cardiac arrest in dogs?
Symptoms of cardiac arrest in dogs are difficult to detect, especially since they are not specific and can correspond to those of many other diseases. Unusual fatigue, shortness of breath, fever, heart abnormalities, depression or anorexia are all symptoms that should alert you.

How do you help a dog in cardiac arrest?
The best thing to do is to rush the animal to a veterinarian, but it is also possible to perform a resuscitation maneuver in case of sudden death away from a veterinary facility. Unfortunately, in the case of sudden death (heart and respiratory failure), the chances of survival are slim, and even professional resuscitation is often unnecessary.

What can cause cardiac arrest in dogs?
The causes of cardiorespiratory arrest in dogs are generally unknown (in 90% of cases). However, they can be bacterial, viral, related to hormonal or systemic disorders, or the consequences of cardiac syndromes or diseases.

Finally, cardiorespiratory arrest usually occurs in dogs between 5 and 10 years of age. An absolute veterinary emergency, cardiac arrest offers a good chance of survival when detected early or anticipated through regular veterinary follow-up.

In case of sudden death, however, the prognosis is worse, even if a well performed cardiac massage can do miracles.