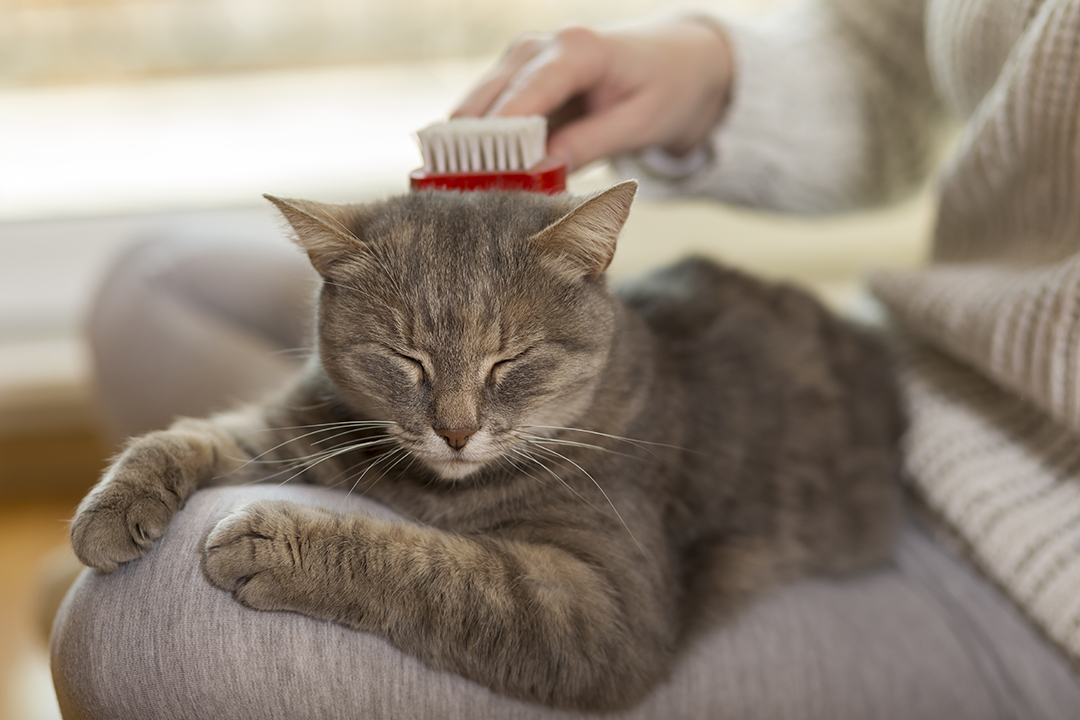 Brushing helps to detangle the coat of long-haired cats and avoid the formation of knots. It also allows to eliminate the dead undercoat, which can be very important during the moulting periods and which can lead to the appearance of trichobezoars. It is important to use the right equipment to brush your cat effectively and gently. Here are all our tips to make brushing a pleasant moment for you and your cat!

Why is it important to brush your cat?

Brushing cats is first and foremost useful for detangling the coat and preventing the formation of tangles in long-haired cats (such as Persians and Burmese).

It is important to brush cats before tangles form, which requires regular brushing in long-haired cats. Indeed, knots can form quickly in your cat's coat, especially if it has long hair. In addition, as a cat ages or gains weight, it may have difficulty grooming properly. This is when knots appear!

These knots prevent the skin from breathing. This can result in the development of skin infections and the appearance of seborrhea and dandruff. In addition, in the "hair clumps" there are often parasites, such as fleas, that come to lay their eggs.

Secondly, it is important to know that cats' hair grows and then dies permanently, with two periods in the year when this phenomenon is accentuated: the seasonal moults (in the fall and in the spring). In cats living in apartments, temperature differences are less noticeable and this can lead to hair loss throughout the year.

Outside of the moulting periods, brushing can be done less regularly: once a week is usually enough. Again, this depends on the size of your cat's coat and your cat.

From a more practical point of view, brushing also helps limit the amount of hair you have to clean in your home!

Which brush to use?

The brush must be adapted to the size of the animal and the length of its hair. The width of the brush and the size of the teeth will be different depending on these parameters.

There are brushes that can effectively remove dead hairs and gently untangle the coat. One example is the Furminator brush.

Some brushes should be avoided (teeth too long, too thin...) because they remove dead hairs more laboriously and they can lead to painful brushing.

How to get your cat used to being brushed?

It is however possible to teach an adult cat to be brushed. For this, it is advisable to proceed gradually to accustom the animal little by little. You should start by brushing him gently for only a few seconds after a cuddling session. If he lets himself be brushed calmly, then reward him with treats, his favorite toy, petting... He will then associate being brushed with something positive. You can gradually increase the brushing time.