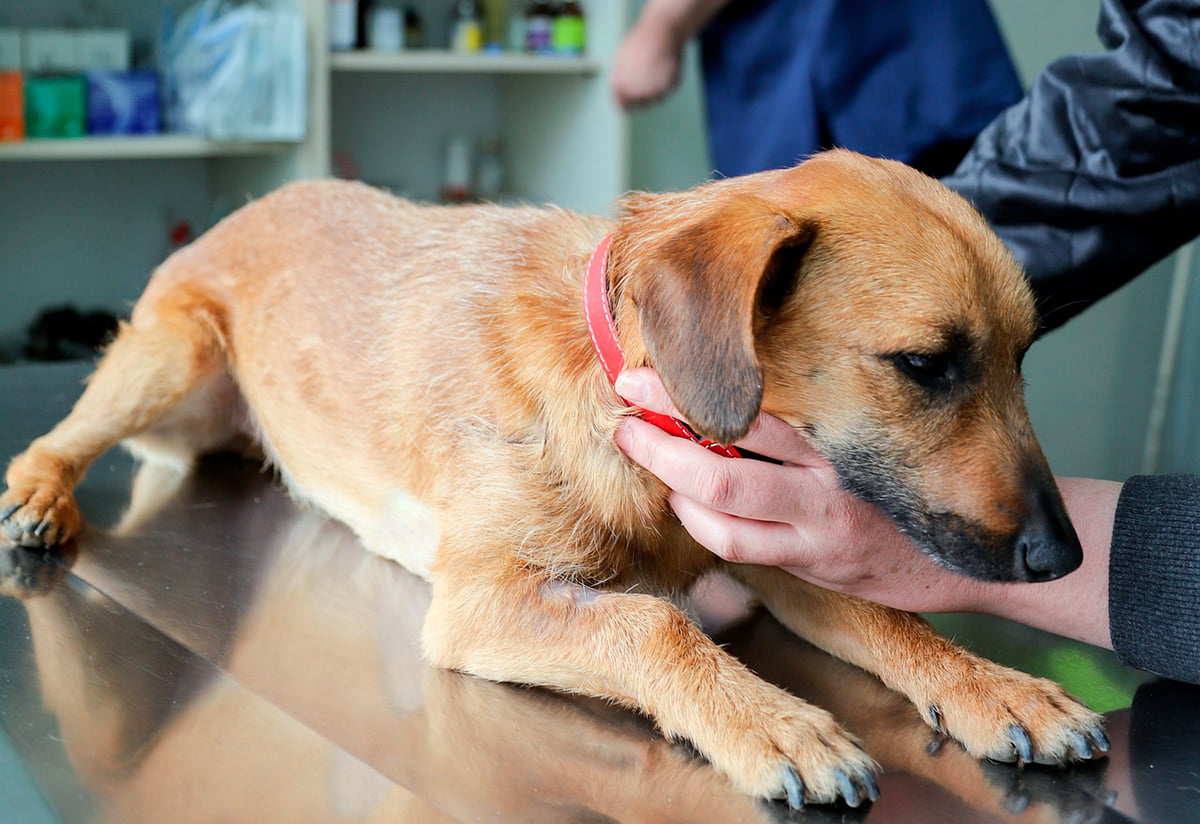 Ehrlichiosis in dogs is a serious disease, which is fatal in one out of three animals if not treated in time. This disease, transmitted by ticks, is caused by a virulent bacterium capable of remaining in the dog's blood for life.

In fact, Ehrlichiosis is one of the pathologies at the origin of the preventive antiparasitic campaigns that all dog owners - or cat owners - have already heard about. In this article, I tell you all about this health problem.

What is dog Ehrlichiosis?

Dog Ehrlichiosis is a vector-borne infectious disease, i.e. transmitted by parasites (vectors), but caused by a bacterium, Ehrlichia. Ehrlichia bacteria were for a long time classified as Rickettsiae - until the 1970s. Therefore, we sometimes still hear the term canine Rickettsiosis, but it is the same disease that has been renamed.

Ehrlichia canis is an obligate intracellular bacterium, which means that it can only grow inside certain cells in the dog's body. These cells are monocytes and macrophages, two types of white blood cells that are responsible for destroying pathogens in the body.

When bacteria are inoculated into the dog's body, through tick bites, they colonize the white blood cells in which they form microcysts that become their headquarters. They are thus protected from the dog's immune system, as the phagocytes cannot destroy each other to eliminate those infected by these cysts full of bacteria.

Causes of Ehrlichiosis in dogs

The bacteria responsible for dog Ehrlichiosis are transmitted by tick bites. Rhipicephalus sanguineus was long suspected to be the only tick involved, but it is now known that several different species can transmit this disease.

Rhipicephalus sanguineus, which remains the most frequently implicated, is the most common tick in the world. It originated in sub-desert areas and was probably transmitted to dogs by wild canids, especially jackals.

Today, it is a particularly cosmopolitan tick, which tends to extend its territory at the rate of global warming. Note that canine Ehrlichiosis is only one of the many diseases that can be transmitted by ticks - to dogs as well as to humans.

When a dog is infected with Ehrlichia canis, it does not always develop an acute form of the disease. In fact, many canines are asymptomatic carriers of the disease. However, they have a role to play in the contamination process, since they act as a reservoir for Ehrlichia.

The latter persist in their blood, sometimes for life, waiting to be swallowed by a new tick which will then release them in the body of a new victim during a next meal.

Symptoms of Ehrlichiosis in dogs

Canine Ehrlichiosis can develop in a chronic or acute form, with different symptoms. The chronic form of canine Ehrlichiosis usually develops following an acute attack, when the bacteria are less virulent, but remain in the dog's body for life, poisoning his daily life.

In the acute form, the symptoms are not very specific, which tends to delay the diagnosis. The dog is tired, depressed, feverish, plagued by joint pain and, more rarely, by digestive problems (vomiting).

The sick animal may lack appetite and present a thick and purulent nasal discharge (jetage).

In the chronic form, bleeding disorders are mainly observed. Nosebleeds (epistaxis), blood in the urine (hematuria), anemia, weight loss and petechiae (red spots on the skin or mucous membranes) are typical of the disease.

As mentioned above, canine Ehrlichiosis is not systematically caused by Ehrlichia canis, and the dog's symptoms may vary depending on the bacterium involved.

Joint problems, which are often observed, can become particularly severe when other pathogens are involved. Lameness, a stooped back and swollen joints are all clinical signs that can indicate canine Ehrlichiosis.

Fortunately, canine Ehrlichiosis can be treated. However, it must be treated promptly, as it is fatal in 30% of cases and becomes a chronic condition the rest of the time. The most common treatment for dogs with Ehrlichiosis is Doxycycline, a fast acting antibiotic. Other antibiotics may be given to the animal, alone or in combination, at the discretion of the veterinarian.

It is difficult to completely eliminate Ehrlichia from the animal's body, and a dog successfully treated in the acute phase may remain an asymptomatic carrier of the bacteria for life. Finally, treatment of chronic Ehrlichiosis is more difficult and often has mixed results. It may sometimes be necessary to continue treatment over the long term. 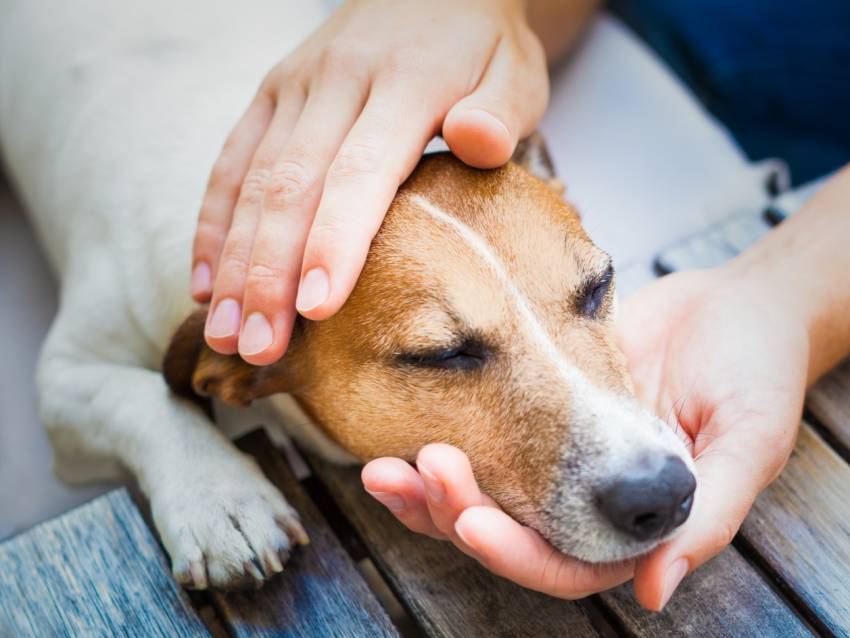 Prevention of canine Ehrlichiosis is essentially aimed at reducing the dog's exposure to the vectors of the disease, namely ticks. To do this, it is recommended to avoid walking in the bushes in the spring and fall, and to carefully inspect your dog after a walk to detect the presence of parasites early and remove them properly.

Note that ticks should be removed quickly, as infections generally occur within 48 hours after the bite. A systematic inspection of your dog after a walk is therefore highly recommended.

The famous tick remover is a great ally in the fight against this serious disease. This small and inexpensive tool allows you to extract the parasite in its entirety while limiting the risks of infection. In fact, it is designed to remove entirely the rostrum (head) of the tick, which tends to detach itself from the body and remain in the dog's skin when the maneuver is not carried out correctly.

Unlike a simple pliers, the tick puller also allows not to press on the body of the tick when extracting it, which would cause a regurgitation of the contents of its stomach - potentially infested with bacteria - in the dog's body.

All in all, it's a handy little tool that should be in every dog owner's first aid kit.

It is also recommended that dogs be given an antiparasitic product to eliminate ticks that might come into contact with their blood. Most of these products also provide protection against fleas and sandflies, which also carry serious diseases.

Beware: not all dogs can tolerate antiparasitics, and there are even breeds that are predisposed to severe allergic reactions to some of the molecules used in these products, as is the case with Collies. All antiparasitic products should therefore be dispensed on the prescription of a veterinarian.

How do I know if my dog has Ehrlichiosis?
Ehrlichiosis does not always cause specific symptoms, and can therefore easily be confused with another disease. If you notice a change in your dog's behavior, whether it is a lack of energy, loss of appetite, episodes of fever or vomiting, it is essential to consult a veterinarian. The veterinarian will conduct tests to find the cause of the problem and to identify the presence of Ehrlichia bacteria, if present.

How to prevent Ehrlichiosis in dogs?
It is essential to inspect your dog each time you return from a walk to detect the presence of ticks early on, so that they can be removed quickly and properly. It is also recommended to protect your dog with an antiparasitic specifically designed to eliminate ticks. Any antiparasitic should be administered with the approval of a veterinarian, as some dogs are fatally allergic to these products.

Can Ehrlichiosis be cured in dogs?
Yes, it is possible to cure dog Ehrlichiosis when it is diagnosed in time, but it often happens that a dog remains a carrier of the bacteria for life, even after treatment. The disease can remain silent, or take a chronic form, in which case it is more difficult to treat and can seriously deteriorate the quality of life of the animal.

My dog has Ehrlichiosis, is it serious?

Ehrlichiosis is a disease that can greatly deteriorate a dog's quality of life over the long term, particularly by causing lasting joint and bleeding disorders. To avoid your dog suffering from it, it is essential to implement all preventive measures to avoid being contaminated by ticks.

If, despite these preventive measures, you suspect your dog has the disease, it is important to consult a veterinarian as soon as possible in order to give him the best chance of a complete recovery.