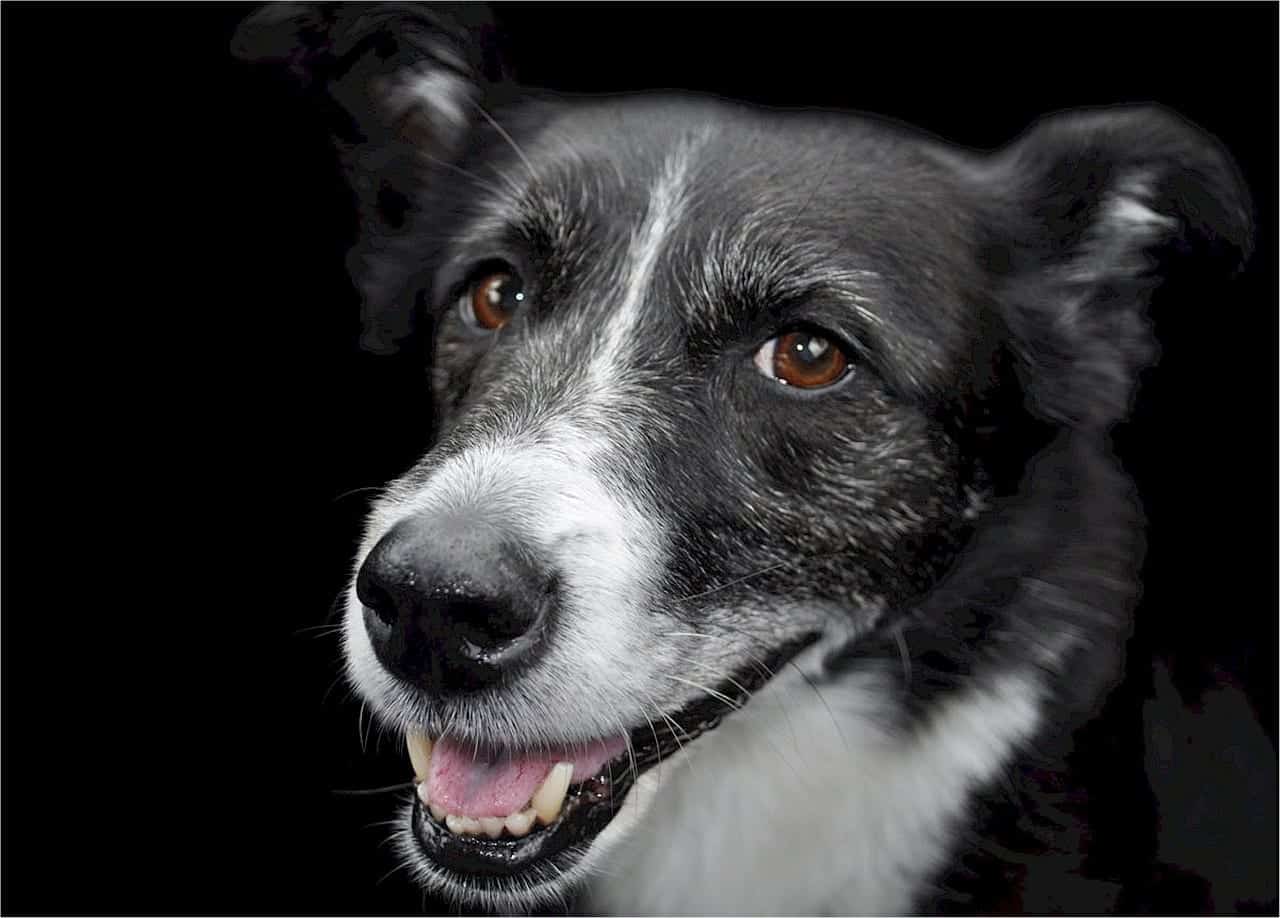 The cynophobia is not, as its sounds could let it imagine, the phobia of the cinema, but well that of our friends the dogs.

If, for many owners, cynophobia is incomprehensible, one should never neglect the impact it can have on the behavior of people who suffer from it, which represents about 10% of the population. For people suffering from this fear, living with a dog or even just meeting one is totally impossible at first.

Indeed, people with an irrepressible fear of dogs can inadvertently exhibit disturbing behaviors towards the animal that can lead to incidents. Fortunately, cynophobia can be treated!

To learn more about this phobia like no other, here is an article that explains what cynophobia is, its causes, its consequences and how to get rid of it.

Cynophobia is a specific, targeted phobia whose object (the dog) can be clearly defined, but which remains irrational and pathological. By "irrational", we mean that this phobia of dogs takes on disproportionate proportions in quite banal situations - from the point of view of a non-cynophobic person.

In fact, cynophobia can be distinguished from the fear felt when a dog barks at you, growls at you or simply looks intimidating, which is rational. On the other hand, panicking at the sight of a Miniature Poodle trotting towards you, wagging its tail, can be qualified as irrational, because the animal does not objectively represent a threat of such a nature as to cause stress or a feeling of fear.

We are then faced with a phobia, that is to say an anxiety disorder that manifests itself by a reaction of excessive terror in front of the element perceived as a danger. This notion of irrational fear can be found among arachnophobes, who can be paralyzed at the mere sight of a small spider, even though spiders do not represent a threat - at least not in France, where there are no dangerous species.

What is the cause of cynophobia, or fear of dogs?

Most true phobias are of unknown cause, and are triggered by unconscious anxiety disorders that give legitimate fears a disproportionate dimension. However, in the case of cynophobia, a rational cause can often be found since many people develop a fear of dogs after a trauma.

Thus, people who have been attacked by a dog, or frightened by a dog at an early age when one is still easily impressionable and not able to assess a threat, can develop a pathological fear of dogs. However, there are also many individuals who are terrified of dogs for no apparent reason, just as some people fear spiders for no good reason.

One theory postulates that this type of cynophobia, which is a real phobia and not a fear motivated by a trauma, would be due to the ancestral fear of wolves relayed, still today, by cynophobic books. By cynophobic works, we mean books, cartoons, films and stories that feature dogs or wolves in the roles of "villains".

Among these are the well-known "Three Little Pigs" and "Red Riding Hood", tales in which the big bad is always a wolf, a cliché that goes back to the history of mankind during which man has long been below the wolf in the food chain. However, we now know that traumas can be hereditary, as violent fears can cause DNA modifications that are transmitted genetically, probably in order to preserve the species, as instinctive fears are necessary for survival.

The cynophobia could thus, in certain cases, be caused by old traumatisms going back to the fear of predators, even if it is necessary to admit that the nice Havanese do not have much in common with the beast of Gévaudan. This visceral fear could then be maintained through various cinophobic works, which would lead to an unconscious amalgam between dogs and wolves.

What are the consequences of cynophobia?

The consequences of cynophobia can vary from one individual to another depending on the extent of the anxiety disorder. Like all phobias, cynophobia causes anxiety symptoms that can range from an increased heart rate to breathing difficulties, as well as profuse sweating and the manifestation of uncontrollable avoidance behavior.

Thus, a cynophobic person who is confronted with a dog often starts by jumping to get away from it as quickly as possible, with the only fixed idea being the desire to flee this "threat". Beyond these symptoms common to all phobias, cynophobia can be particularly disabling in everyday life.

Indeed, dogs are one of the most common pets, and in France, we meet them, so to speak, at every street corner. Also, people suffering from cynophobia can go so far as to avoid going out of their house to avoid meeting the object of their terror, which can seriously impact their social life.

Cynophobic people may also avoid walking in places where they are likely to meet dogs, especially in the wild (park, forest, countryside, etc.). A phobia that should not be neglected, and that masters must consider with great attention and seriousness.

Especially since in some cases, cynophobia can go as far as causing accidents, especially when the owners neglect the terror that their friendly doggie causes in a person who is phobic about dogs. The frightened person may react in an unpredictable manner, which may upset the animal and encourage it to behave in an equally unpredictable manner.

The dog may either bite, surprised by the cynophobe's animosity, or run to the dog to play, delighted by the interest in the dog without understanding that the person is acting strangely because he or she fears the dog, not because he or she likes it. The dog may then further terrify the person by jumping and barking, and the person may panic and injure himself or herself while trying to escape or faint.

How to treat cynophobia?

Fortunately, like all phobias, the fear of dogs can be treated with therapies aimed at reducing it, or even making it disappear. Generally, it is a desensitization therapy that is preferred, which takes place through exposure exercises.

Depending on the severity of the cynophobia, exposure therapy may begin with simple photographs and images of dogs. Gradually, when the cynophobe becomes accustomed to controlling his or her anxiety in front of images of dogs - or even to eliminating it - he or she can be confronted with a live animal.

This technique, called "cognitive-behavioral" therapy, is generally favored with targeted fears, i.e., those whose source is known (here, dogs). Overcoming one's fear is nevertheless a long process, which can sometimes take several months, even several years.

The cynophobic person must never be rushed, which could increase his anxiety and have the opposite effect of the one expected. In the most serious cases, a drug therapy can also be implemented: this is particularly the case when cynophobia has an impact on the social life of the person who is affected.

However, drug treatments aimed at reducing anxiety (anti-anxiety drugs) generally have heavy side effects, which is why cognitive-behavioral therapy is preferred. Finally, cynophobes can have recourse to hypnosis, a therapy that is becoming more and more widespread to treat irrational and pathological fears, and which has obtained excellent results with certain people.

Note that hypnosis is not known to work with everyone, but only with people who are receptive to it.

What is cynophobia?
Cynophobia is an irrational fear of dogs, which manifests itself as an excessive anxiety in response to the stress caused by the sight of a dog. As a phobia, cynophobia must be distinguished from a simple natural fear that anyone may feel when confronted with a threatening or physically intimidating animal.

Can cynophobia be treated?
Yes, it is possible to get rid of the fear of dogs by following a cognitive-behavioral therapy that aims at desensitizing the phobic person little by little. Hypnosis is also an effective treatment in some cases, and it is also possible to opt for a drug treatment, although this option is reserved for the most serious cases because of its consequent side effects.

Where does cynophobia come from?
Like all phobias, cynophobia usually has an unconscious origin, which is why it is called irrational. Nevertheless, many cynophobes develop a fear of dogs after a trauma, i.e. a bad experience with an animal.

What are the consequences of cynophobia?
Cynophobia causes people who suffer from it a deep anxiety at the sight of a dog which manifests itself by respiratory, muscular and cardiac symptoms. It can sometimes also impact the social life of cynophobes by preventing them from leaving their homes for fear of seeing a dog.

Cynophobia is an anxious pathology that deserves to be taken seriously, even if this idea can be difficult to conceive for dog lovers. I also recommend that you never let your dog run free near a cynophobic person, because our four-legged friends are inevitably attracted to people who fear them.