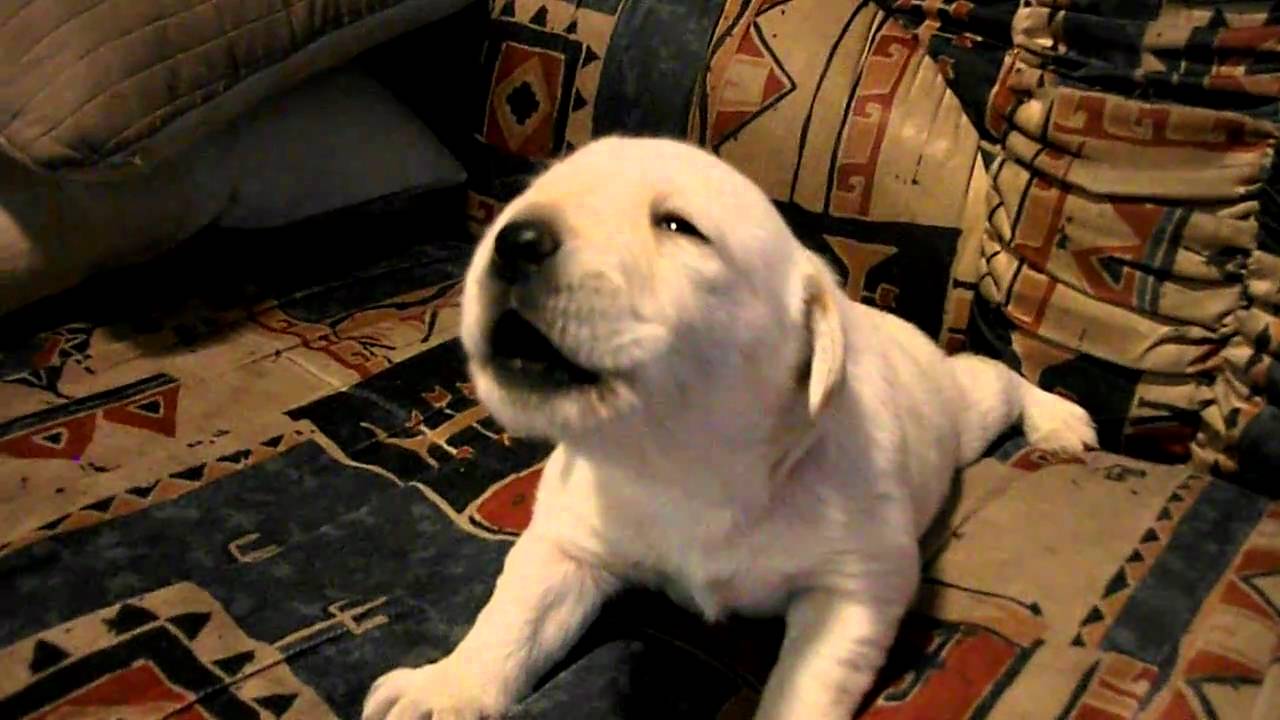 Your puppy cries and you can't figure out why or how to solve the problem?

You are at the right place, because as often, everything is a question of education of your companion: that your puppy cries at night, when you are not there or still to attract your attention, you will find here all the tricks to solve this problem and to teach him to remain alone and/or not to need you all the time!

Why does a puppy cry?

There are many reasons why a puppy may cry. Here are the main reasons that explain, in most cases, the crying of a puppy:

Let's go over these three points in detail:

A puppy who cries when he arrives in his new home: it's normal. Imagine that he goes from two months spent (in the best of cases) next to his mother and his siblings, in a kind of "cocoon", to a new unknown environment, from one day to the next without any real transition, with people he doesn't know, a basket he doesn't know, toys that don't smell like him or his peers... There's something to panic about!

Then, the fact that a puppy cries when he's alone joins a little the previous point. However, this can be learned! The good management of loneliness can be taught to a puppy, gently and in a progressive and positive way. It is not a question of leaving a puppy alone for several hours as soon as he arrives in his new adoptive home.

Finally, a puppy that cries to get his masters' attention is simply an intelligent puppy that has already observed the small flaws to get full satisfaction. Let's never forget that dogs are opportunistic animals who will simply go for what is pleasing to them. If he sees your attention as something pleasurable, then he will find any way to get it.

A puppy that has already learned this is a puppy that is already starting to develop bad habits, caused by the owners' inappropriate attitude. But don't worry: it can be corrected and improved.

So what should I do when my puppy cries?

In all cases, to solve the problem, we will try to identify the cause of the problem. Indeed, simply solving the symptoms would only serve to put a band-aid on a wooden leg: nothing!

Here are 12 tips to help calm your crying puppy:

Tips for managing your puppy's first nights at home

Tip #1: For the first few nights, allow your puppy to sleep with you in the bedroom. If you don't want him to sleep with you for a long time, you can gradually move the basket away from your room during the following nights.

Tip #2: Leave a sheet/plaid in your puppy's basket that he had in his kennel as well as a warm hot water bottle to remind him of the warmth of his mother and siblings. Eventually, you can also leave him a piece of clothing with your smell to reassure him.

Tip #3: Don't hesitate to use soothing pheromone diffusers called "Apaisine" (in a diffuser in the room where the puppy sleeps or in a collar directly around the puppy's neck). These are pheromones secreted by the mother, especially during feeding, and this will soothe the puppy, calm him down and reassure him, as naturally as possible.

Tip n°4: Always take care of your puppy's "hygienic" needs, he might bleed to go out to do his business if he already has some notions of cleanliness. Always remember that a puppy will want to go after a nap, after a play session or after a meal.

Tips for teaching your puppy to be alone

Tip #5: Teach your puppy to handle loneliness well, especially by finding something to do while you are away. A puppy who is busy is a puppy who will not focus on his loneliness and especially who will need to sleep after his activity.

Tip #6: When you're away, reduce your puppy's space so that he doesn't stress out about checking every room in the house over and over again "just in case" you come home through one of those doors or windows.

Tip #7: However, absences should be offered to your puppy very gradually. First leave him in a room alone (with you behind the door), then in a room alone (with you in another corner of the house), then alone in the house with you outside the house only for a few minutes, then 15 minutes, then 30 minutes, etc. By the same token, don't allow your puppy to follow you around the house when you are there. Take the initiative and manage his space. Don't forget that learning to be alone begins when you are at home.

Tip #8: When leaving and arriving, there should be no "rituals" so as not to unconsciously reinforce and validate the puppy's stress linked to absences. In concrete terms, we should not say goodbye to the puppy before leaving: we should do as if we were going to pick up the mail at the mailbox for example. In the same way for the returns, we will wait until we have put our things down, and we will especially wait until the puppy has calmed down to say "hello" to him.

Tip #9: In the same logic of de-ritualizing departures, it will be a matter of desensitizing the puppy to all the little departure rituals that we put in place at each of them: taking the keys, his bag, putting on his coat, etc. So many actions that the puppy anticipates, observes and assimilates to your departure and therefore to a future malaise. To desensitize the puppy to this, it will be enough to repeat all these actions as often as possible and without necessarily making them follow departures. So yes, it looks completely ridiculous to put on and take off your coat, to take and put back your keys, etc. But it will serve the well being of your puppy.

Tip #10: If every time your puppy cries you give him the attention he's looking for, he'll understand the mechanics perfectly and repeat it at every opportunity. So be more "ignorant" when your puppy cries for no apparent reason.

Tip #11: To maintain a balance between you and your puppy, you should initiate activities, such as play sessions or petting.

Tip #12: If your puppy demands your attention (by any means), ignore him and wait for him to move on. Once he does, call him to give him the attention he needs. Because let's not forget that puppies (and even adult dogs), but they must be framed so as not to be overwhelmed.